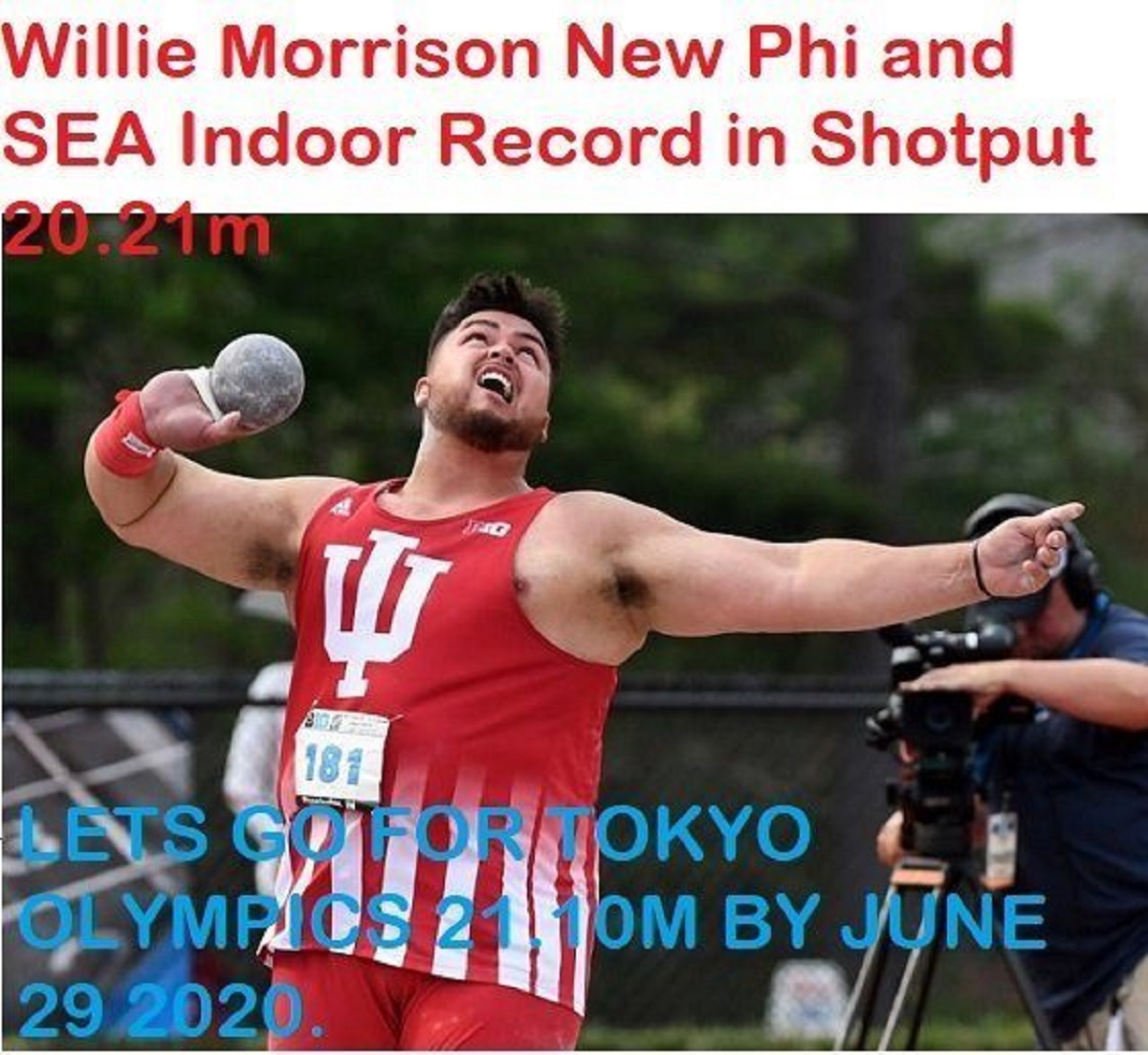 The fourth one in William Morrison chose not to compete in any qualifying meets and instead will concentrate on the coming Southeast Asian Games in Vietnam, according to Juico. “He’s fixing a personal problem that requires his attention.

He officially told us he’d concentrate on making it to the SEA Games and attempt to do it in the Paris Olympics in 2024,” said the former chairman of the Philippine Sports Commission (PSC) during the session presented by San Miguel Corporation, Go For Gold PH, MILO® Philippines, Amelie Hotel Manila, Braska Restaurant, and the Philippine Amusement and Gaming Corporation (PAGCOR).

This time with a throw of 19.11m, and qualified for the Final. Andrew Liskowitz of Michigan won in 21.32m.

Liskowitz broke the 38-year-old meet record of Mike Lehmann set way back in 1982 at 21.10m. Liskowitz was the silver medalist at the World University Games in Napoli last year.

Performances of William Morrison shotput this year he needs 21.10m to qualify for the Tokyo Olympics. 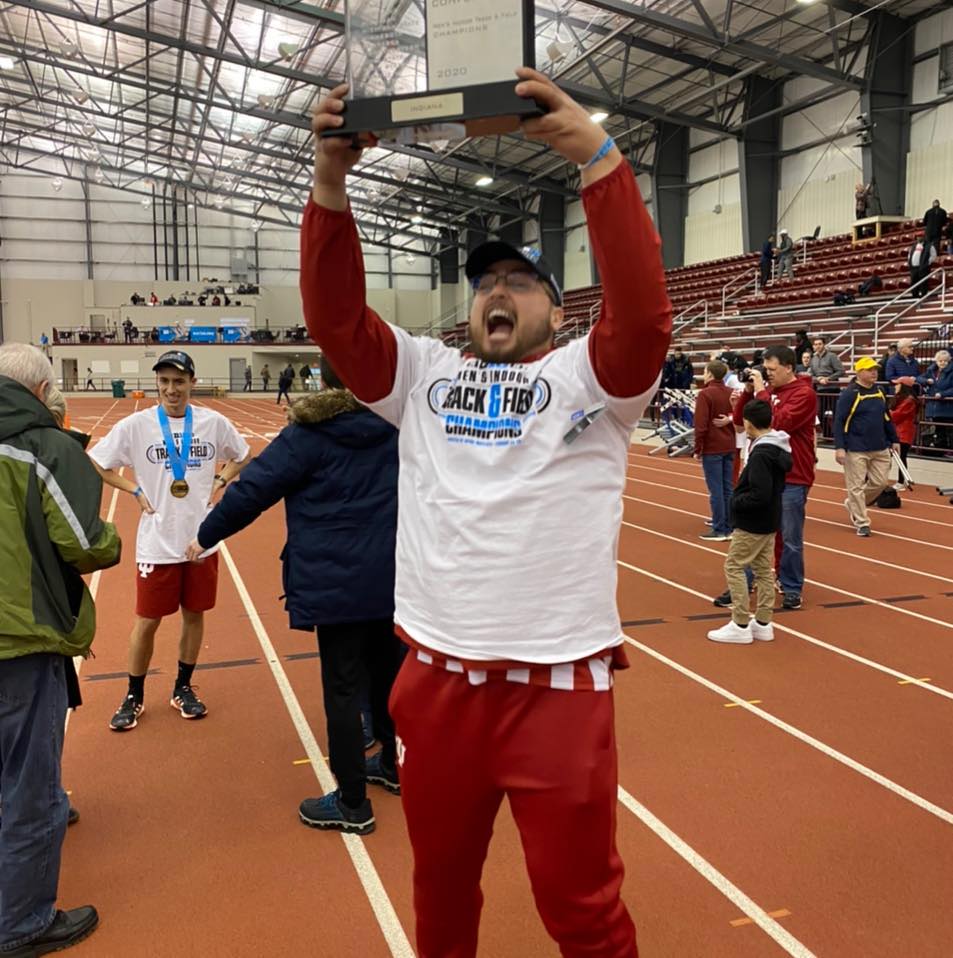 SEA Games Champion Willie Morrison dropped back to 19.40m in the Shotput at the Alex Wilson Final. He was second again to Tim Nedow, who recorded 20.38m. The Olympic qualification is 21.10m.

Willie Morrison shattered his own Philippine and Southeast Asian Indoor Record with an impressive 20.21m.

The performance erased his own 19.17m record set last month on January 19.

His outdoor record, the South East Asian Games record, remains at the 18.38m he threw at SEA Games, but that will be gone as soon as he hits the outdoor season.

Morrison, who represents the University of Indiana, finished 2nd at the Meyo Invitational behind Tim Nedow, who won with a 20.90m throw. Nedow, who has a PB of 21.18m, is the Canadian National Champion.

And he seems on the path to doing that right now.

He needs to improve an average of at least 17 cm each month to hit that goal.

Willie Morrison had another 19-meter throw at The Indiana University Relays. This time 19.06m.

However, earlier in the year, Morrison set a new Philippine Indoor Record at 19.17m.

As the World Indoors in China has now been canceled, Morrison is no longer targeting that meet and instead focussing on the 21.10m mark required to qualify for the Tokyo Olympics in the next 4-5 months.

The 23-year-old Morrison placed third in Bloomington behind Josh Freeman (20.30m). Freeman has a personal best of 20.91m.

SEA Games Champion and Record Holder William Morrison Followed up with his National Indoor Record last week of 19.17m with a 19.00m win in the Shotput at Bloomington, Indiana.

He won the Gladstein Invitational. Morrison, who competes for the Philippines, represented his school at Indiana University. Qualifying for the world indoors is 20.95m, and for the Olympics is 21.10m, both to be staged later this year. William Morrison III opened his 2020 Season with a new national indoor record of 19.17m in the Men’s Shotput.

He was behind David Pless, who hurled the shotput to 19.36m.

The 6’3 Morrison was the first Filipino in the SEA Games’ History to win a gold medal for the Philippines in Men’s Shotput last month in new Clark City with 18.38m.

The mark also broke the SEA Games record of Chatchawal Polyam (17.74m) of Thailand in the 2011 SEA Games.

In conclusion, Pinoyathletics had started counting William Morrison’s national records when he first represented the Philippines at the 2019 SEA Games.

Morrison also is known as Wilipino. Also, he has a Personal best of 20.40m on 22 June 2019 at Bloomington before representing the Philippines.

Above all, he is part of a program of athletes aiming for the 2020 Tokyo Olympic Games. 21.10m by June 29 is the qualification for Men’s Shotput at the Tokyo Olympics.

As one athlete Ernest Obiena has qualified so far, any other athletes to represent the Philippines in athletics, male or female, need to hit the qualifying criteria.

For details on how to get into Throwing Events.