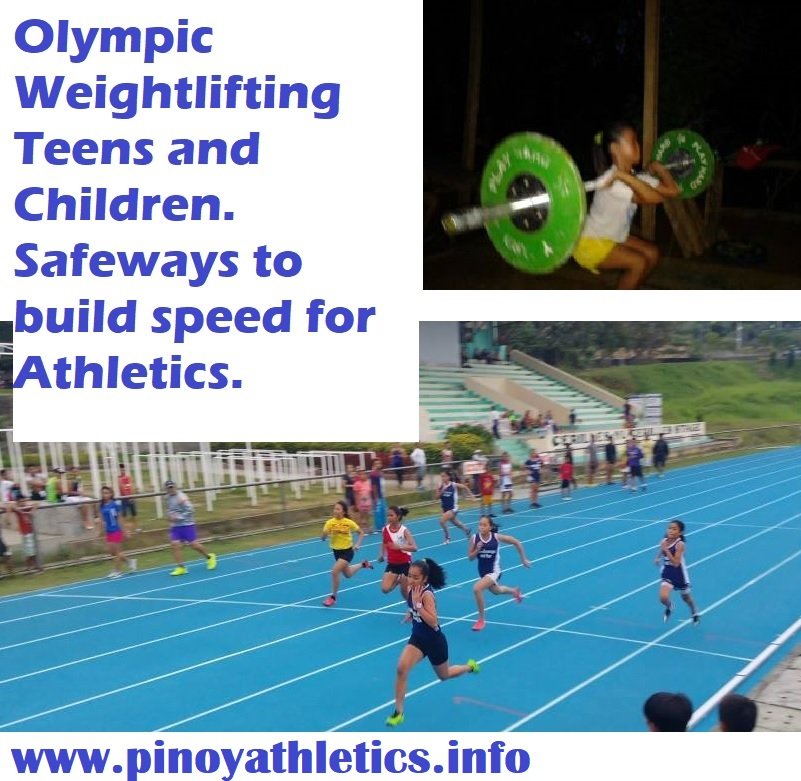 Posted by some top NZ Track and S&C Coaches.

The German Orthopedic Association recommends that weight training with an emphasis on skill and technique begins at 6 years of age.

Similarly the two theories, that weight training early stunted growth and lead to damage of the epiphysis all traced to a study of Japanese children in coal mines during WW2.

In addition, they stated there are no known cases of epiphysis damage from strength training and there is no physiological mechanism that could cause stunting of growth. Those Japanese children were malnourished and were not exposed to sunlight[Vit D deficient]

I found a reference to this article. While I was previously serving as a Head Coach at Zamboanga Del Sur Sports Academy.

Myself and a fellow coach Rajeev Tahil were advised by the Provincial Sports Coordinator.

I consulted three sports scientists, including Jay Futalan who is the Strength and Conditioning coach with the PSC for the national athletes.

Jay is most notable for working with Hidilyn Diaz who won an Olympic Silver Medal. So Jay really knows his stuff he works with the national athletes.

Jay even stated that no weight training for three months can even lead to a decline in performance and ‘de-training’ of athletes.

Futalan said regarding power cleans there is no problem and its even beneficial for athletes as it is very good for developing neuromuscular responsive time and explosive power, in turn leading to gains in speed.

As well as Futalan I had consulted, Mr. Airnel Abarra Athletics coach of Ateneo De Manila, and Richard Agosto a national weightlifting trainer.  A

ll strongly criticized the Provincial Sports Coordinator’s recommendation or interference with my program.

With some conditions, I will highlight later.

In fact, even during the Batang Pinoy kids from Midsalip, in Zamboanga Del Sur had competed in the 2016 Batang Pinoy Finals in Tagum.

Under Coach Robert Colonia of Zamboanga Del Sur they had won 2 Golds and a bronze for the province in weight lifting.

Under 12 yr old bronze KyrRyan Tormis  38kg cat. 13-17 yr old bronze. And this is the third year of medals in the successful program.

While kids often start learning the basics of how to lift even earlier than 13.

In addition one female sprinter I had coached who was power cleaning an amount of 28kg, at 47kg bodyweight age 13.

This can be considered a safe weight as it’s half her body weight she was able to do this in 5 sets of 5.

When started with me in March of 2016 was running 14.5 for the 100. We started on a weights circuit prepared by our previous strength and conditioning coach.

A combination of correct movement teaching via drills, step over ankle drills, and power cleans is what the athlete attributed to her improvements when asked.

We were doing like 3 a week but sometimes due to flooding, fatigue, or school commitments the group had to cut this back sometimes to 2 or less.

But we always tried to aim for 3. We started did circuits training which worked on legs, arms, upper body, and core on the same day.

Similarly alternating between legs and upper body and finishing with core and arm swing exercises.

As the months progressed we moved down from 5 sets of 12-15 reps with compound exercises eventually down to 5 sets of 5 and eventually 2 to 3 sets of 3 in power exercises.

The athlete liked running with the wind behind her as she felt the sensation of really running fast with the assistance.

The wind was usually around a 4 to 6 following wind it was quite significant.

In addition, the athlete did not like committing to the speed endurance work required to run a 200 and needed a lot of improvements on bend work, which we did not focus on.

As the athlete wanted to concentrate on 100m training.

At the front in one of the 12.9 wind-aided runs

In fact, if we disregard the timing accuracy the athlete did improve

In fact, if we disregard the timing accuracy the athlete did improve a lot as I witnessed them go from 7 meters behind an opponent from another team over the period to 2-3m in front of them frequently.

In conclusion, the athlete went from 4th placer at the district/provincial meet in Elementary, to the silver medal in Grade 7 first-year High school the following year.

By all virtue, they should have been sent to the Palarong Pambansa (National HS Champs in Antique).

But as Zamboanga City was the winning team this was their choice to make not ours.

As I read the works of French coach PJ Vazel, he noted that sprint training over the last 100 years has become less about running longer distances in the fall and spring.

Although in the Philippines a lot of coaches still get their sprinters to do a lot of mileage.

And instead, the amount of time spent in the gym has gone up.

For the elementary, this meant medicine ball and some agility games. For the Secondary this meant gym.

Below is a supplementary article I used as part of my post, along with having for reference a book called Youth Strength Training by Faigenhaum and Westcott. 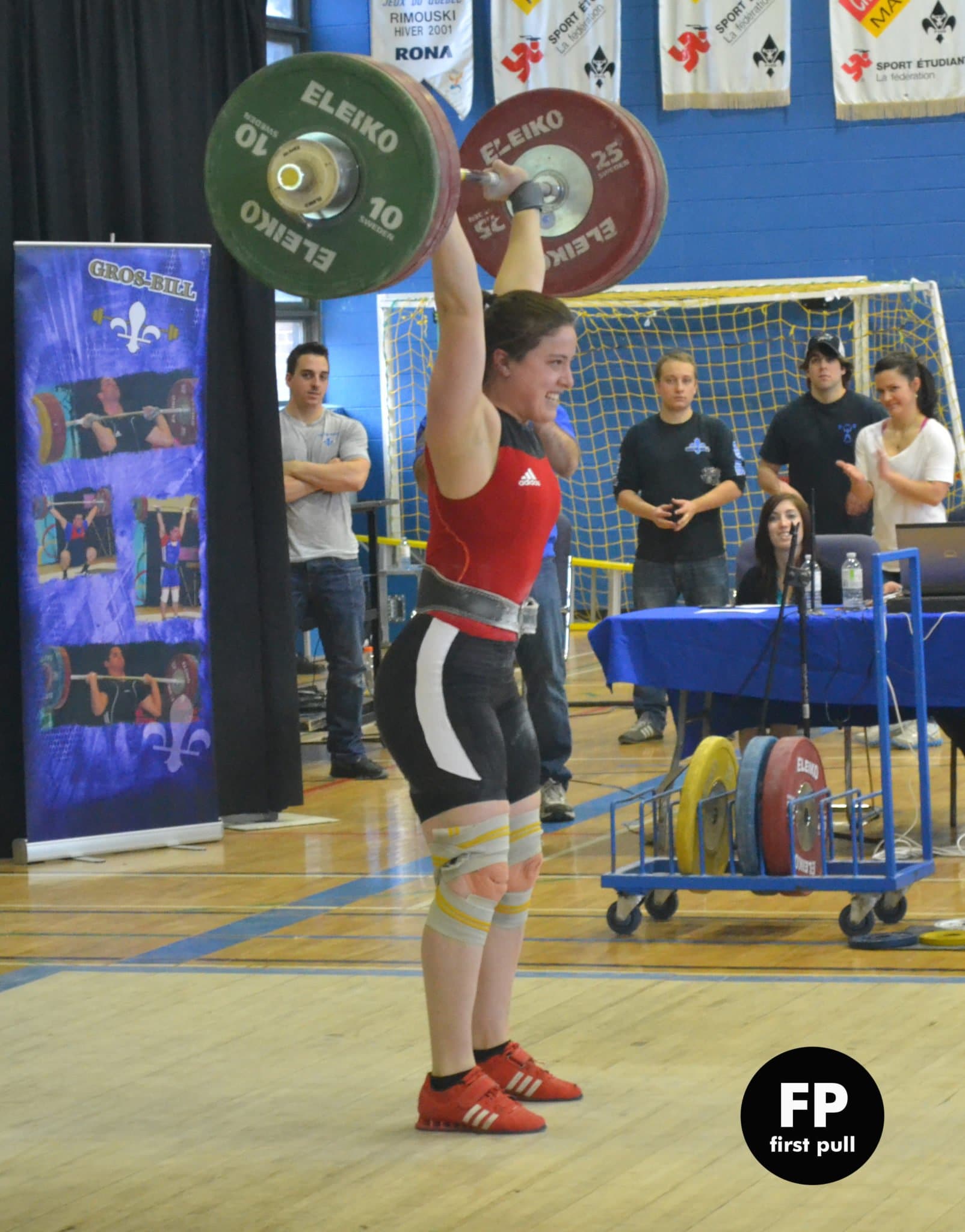 Most weightlifting coaches and most participants (athletes, officials, or club directors).

In addition, have to debunk myths or beliefs about the great sport of weightlifting.

Similarly there are many beliefs that can find roots in history.

Most negative – but popular- beliefs often rely on

However, I would like to change this perception of our sport. Also not only do I not believe that this sport is bad for children.

Also, empirical evidence actually supports the participation of children and teens in weightlifting.

I wrote this short essay to help shed light on the belief that weightlifting is a bad activity for children and teens.

I used data from scientific inquiries rather than anecdotal evidence.

I give my approval to any coach or club who wants to use/share this essay at their club or with parents of children they coach. All I ask for is to be credited for it (I.E : don’t remove my name).

I can not put words – or select actions- for every coaches involved in this sport and can only speak for myself.

And I refuse to subject myself to the use of anecdotal data only to justify my actions and beliefs. Injuries, for instance, can happen in any sports and any lifestyle activities such as driving a car or crossing a street.

In addition, the role of the professional coach, however, is to be conscious of the risks and reduce all risks to the minimum.

Like any fields (whether professional or sporting fields). In conclusion, some people know better than others which means that some people understand better the reality of their fields and what to do.

For instance, when working with young individuals

This is more than my firm belief, it is also my motto. Moreover, I think that overlooking these aspects is failing to do your job.

It was written by the American College of Sports Medicine (ACSM) by Dr. Avery Faigenhaum. Whose book I had read on Strength coaching for kids.

His key points summarised regarding misconceptions of strength training for children

Strength Training is ok if the following parameters are observed 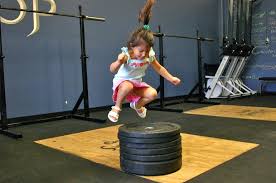 Many coaches and parents wonder which training methods are safe and effective for kids. School-aged children often participate in athletics and sometimes scholarships are even on the line. Some of the most popular kinds of training for kids are traditional weight lifting,

plyometrics, and Olympic weightlifting. In a study this month in the Journal of Strength and

Conditioning Research, researchers looked at the effectiveness of each of these modalities.

Traditional resistance training methods, which are essentially basic weight lifting programs, are thought to be good for kids because of their proven track record. In addition, traditional weight lifting favors the development of lean muscle mass and strength.

In theory, this effect would help child athletes perform better at their sport.

The second group of exercises the researchers studied was plyometrics. Plyometric exercises are seen as close to what an athlete actually experiences when competing. The basic idea with plyometrics is to develop power, and this end is achieved by mimicking reactions that occur normally in sports.

Traditional resistance training methods, which are essentially basic weight lifting programs, are thought to be good for kids because of their proven track record. In addition, traditional weight lifting favors the development of lean muscle mass and strength.

In theory, this effect would help child athletes perform better at their sport

The second group of exercises the researchers studied was plyometrics.

Plyometric exercises are seen as closer to what an athlete actually experiences when competing.

The basic idea with plyometrics is to develop power, and this end is achieved by mimicking reactions that occur normally in sports.

Despite the authors’ assurances that these methods are completely safe, they also acknowledge the time it takes to learn the Olympic lifts.

I have worked with countless kids, and many times enforcing safe forms can be difficult.

I think the researchers’ recommendations might be a bit liberal, especially in the case of group weight training, where it’s harder to ensure proper form.

But it seems that performance-wise, Olympic lifts and plyos might be better for kids after all. In conclusion with good coaching, these training approaches can be safe as well.