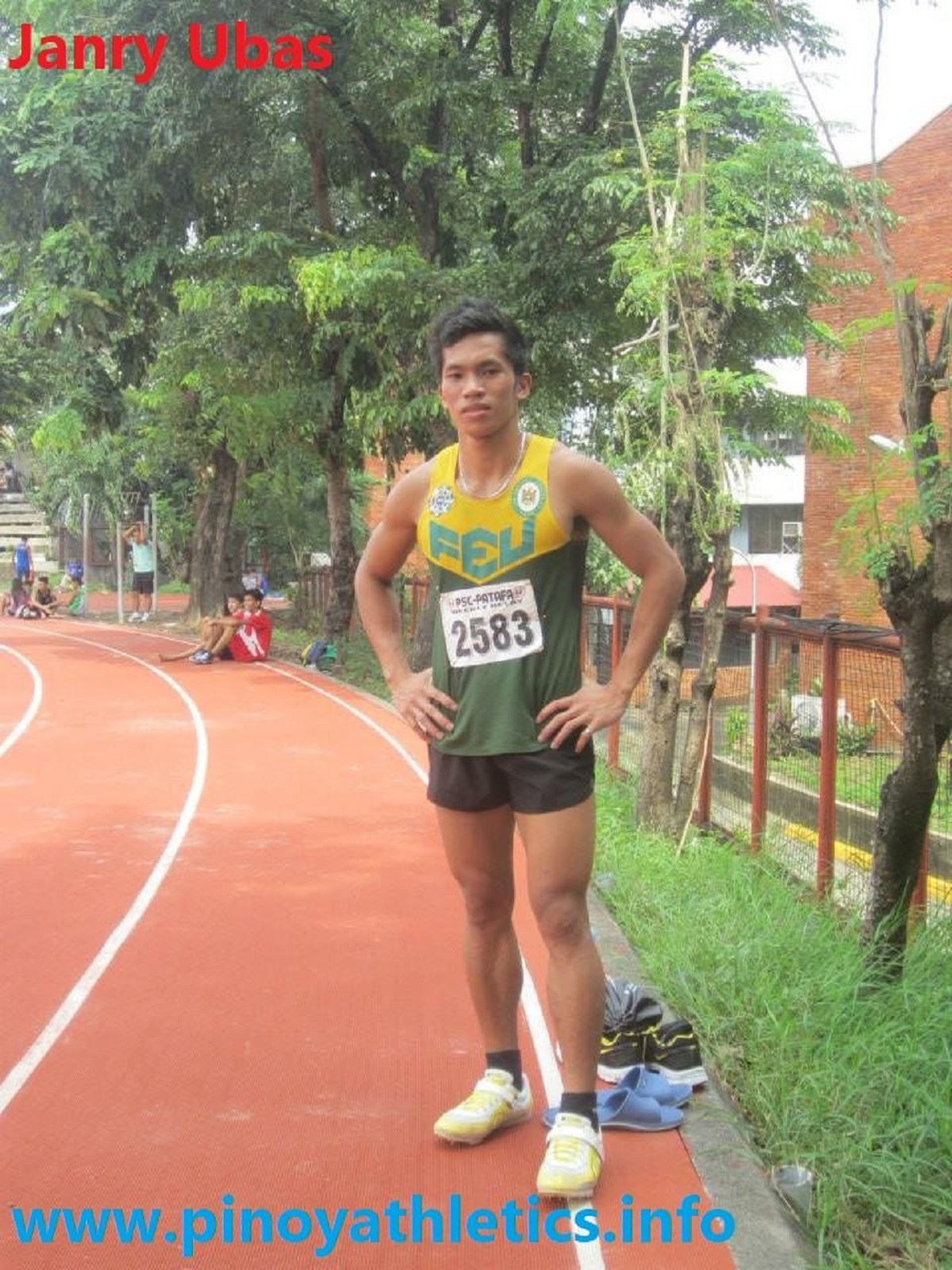 The other competitor from the Philippines SEA Games Bronze Medalist Janry Ubas wound up 9th in the Long Jump with a 7.25m leap, albeit a long way from his 7.88m PB. A slight improvement with Ubas opening jump at 7.11m in the Weekly Relay Finals in December. His first jump since SEA Games.

Jomar Udtohan of the Philippines improved his PB from 10.60 to 10.56 in the heats placing 3rd in Heat 2, but he did not start in the final.

SEA Games Bronze Medalist Janry Ubas finished a very close 4th in the Men’s Long Jump. Ubas leap of 7.40m was his first time to compete in Indoors competition. The 23 year old was 4cm from the Bronze, and 8cm! from the Gold. Ubas was outside the Pinoyathletics Indoor Record of Donovant Arriola (7.64m)

4th place an got pb tonight long jump men huhu loser na nga injured pa but thank you still Thank God because guiding me this night after you gave me strength to connect with this compete to be my coach Joebert Delicano without fed I will focus on the game to donate all my best this night an specially to my legend coach even if it rains, you will always be there for my training every day.

according to Wikipedia has broken Vu Van Huyen National Indoor record of 7.18m set in

During the second PATAFA Time Trial on June 3. Janry Ubas, 24 solidified his place in the 2017 SEA Games Athletics Team for the Philippines. In addition, he leaped a splendid 7.88m. Similarly, he followed up with 7.80m and 7.70m jumps. In addition, he also reported some fouls in the 7.90m range. Above all the impressive jump shattered his previous PB of 7.55m at the National Championships.

Fil-Heritage jumper Tyler Ruiz who has leaped 7.79m is most likely to join Ubas at the SEA Games. In addition, another fil-am Donovont Arriola who got Bronze in the 2015 SEA Games was out with injuries.

For instance, the leap of Ubas is the #2 jump of all time and he currently leads the SEA Ranking list for 2017. However, Only Olympian Henry Dagmil 7.99m in 2007 has ever leaped further. Ubas is trained primarily by Dario De Rosas who is also the head coach of FEU where Ubas studies and also Dario’s assistant Joebert Delicano.

In addition, Rone Malipay who trains with Delicano improved his Triple Jump PB from 15.55 to 15.67m

In addition, Rhea Joy Sumalpong in the Discus had her third improvement of the year making a 44.38m throw in the Discus. The mark is marginally outside the 45.72m bronze medal from the 2015 SEA Games. Sumalpong is coached by former SEA Games 4x Gold medalist in Hammer Arniel Ferrera.

The Rise of Janry Ubas

The School FEU that nurtured Jesson Ramil Cid, has now produced another talent in the Decathlon. In the second heat of the Week, 10 of the Weekly Relays at Pasig (14.09.14) Janry Ubas who is a hot chance at hitting the SEA Games Bronze mark in the Decathlon improved his 100m Personal best with 11.1 to win the second heat, holding off FEU school mate and National 110m Hurdles Champion Clinton Kingsley Bautista.  Ubas by points calculation is at around 6423pts that assuming he gets a very slow (54.90 in the 400 and 5m30 in 1500, he would have improved that 400 times by now and he is yet to register a time in 1500).

Not Yet a Member of the Training Pool

Ubas who is not yet a member of the National Training Pool but should be strongly considered is being trained by Dario De Rosas head coach of FEU and also his assistant former SEA Games multiple triple jump and long jump medallist Joebert ‘Grover’ Delicano who also still currently holds the Triple Jump National Record, with input from national Coaches Emerson Obiena in the pole vault and Dario De Rosas who is also the head coach at FEU.

The 5’5 Ubas who finished second at the PNG to Tyler Ruiz in the High Jump (2.05m, PB 2.06m), and won the Pole Vault as Ernest John Obiena was training in Italy at the time. Assistant FEU Coach Joebert Delicano has decided to focus on the Decathlon. Ubas will target the Decathlon SEA Games standard of 6383 pts which he is sure to not only surpass but given 6500-6700 points is capable of landing the bronze behind fellow alumni Cid (7069 PB) and Zakaria Malik of Indonesia (6783/6629 this year). In conclusion, Ubas will challenge Nguyen Van Dat of Vietnam (6383). 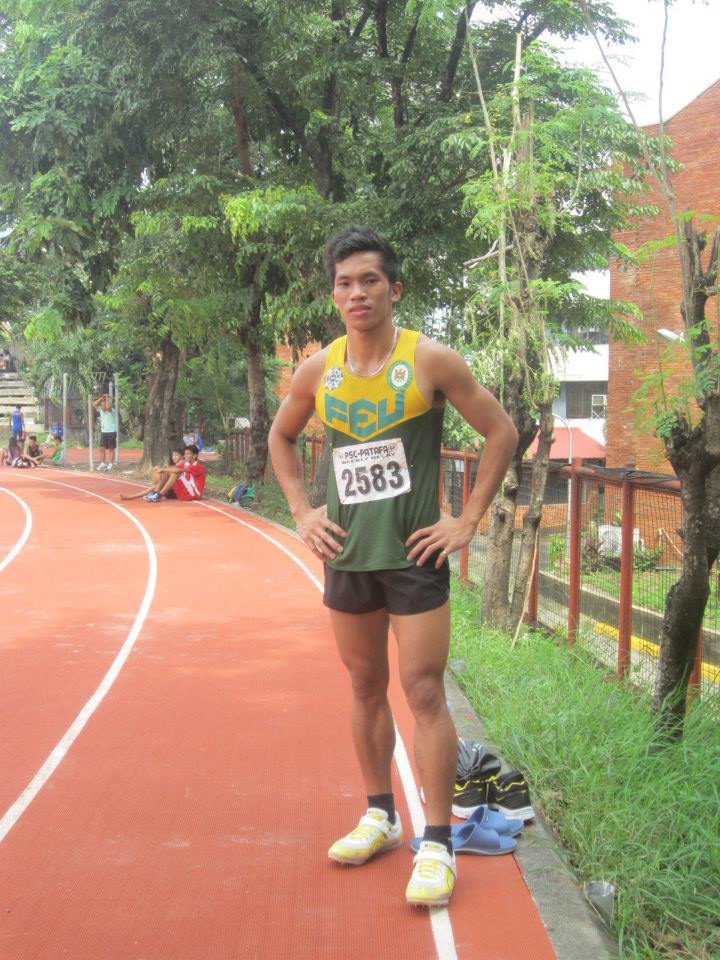