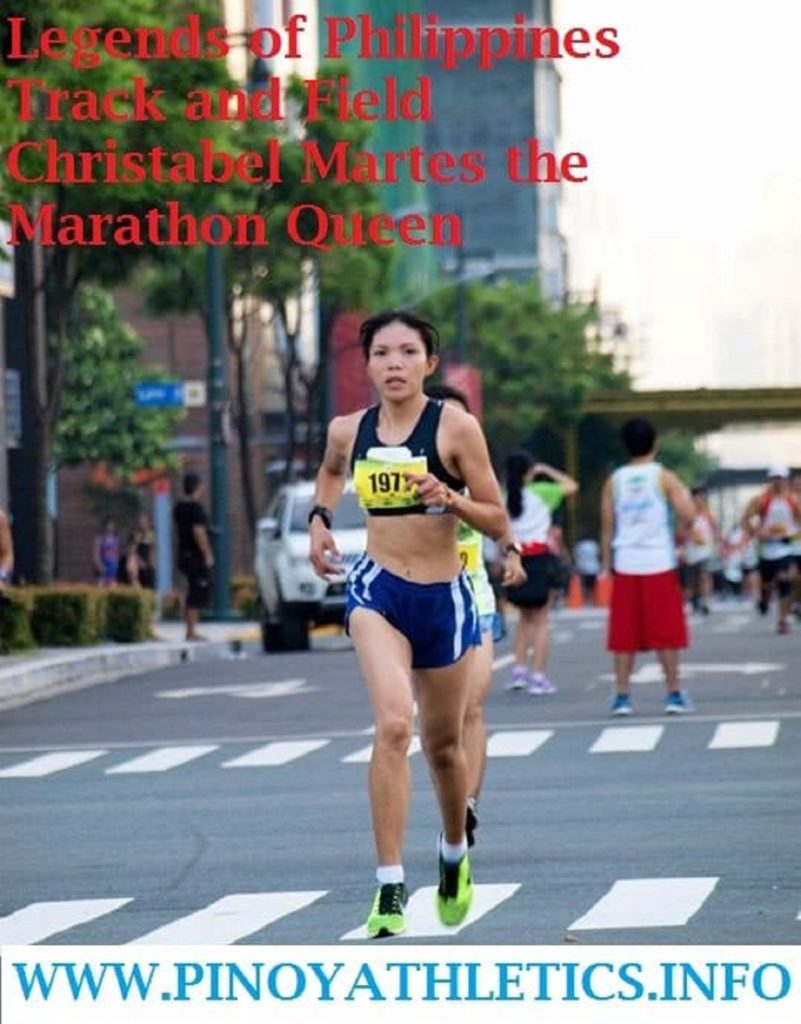 Its only fitting that Christabel Martes who won the SEA Games Marathon twice in 2001 lost the title in 2003 and won the gold again in 2005 is inducted into the Pinoyathletics legends of athletics. Martes undoubtedly our countries greatest ever female marathoner still holds the national records in the 10,000m run (34:40.2) and Marathon (2h38.44).

Yet Martes stint with the national team came to an end in 2009 when she was controversially cut from the national team for participating in the Milo Marathon.  In order to raise money for required surgery so she could continue representing the country. We ask Martes several questions in this article.