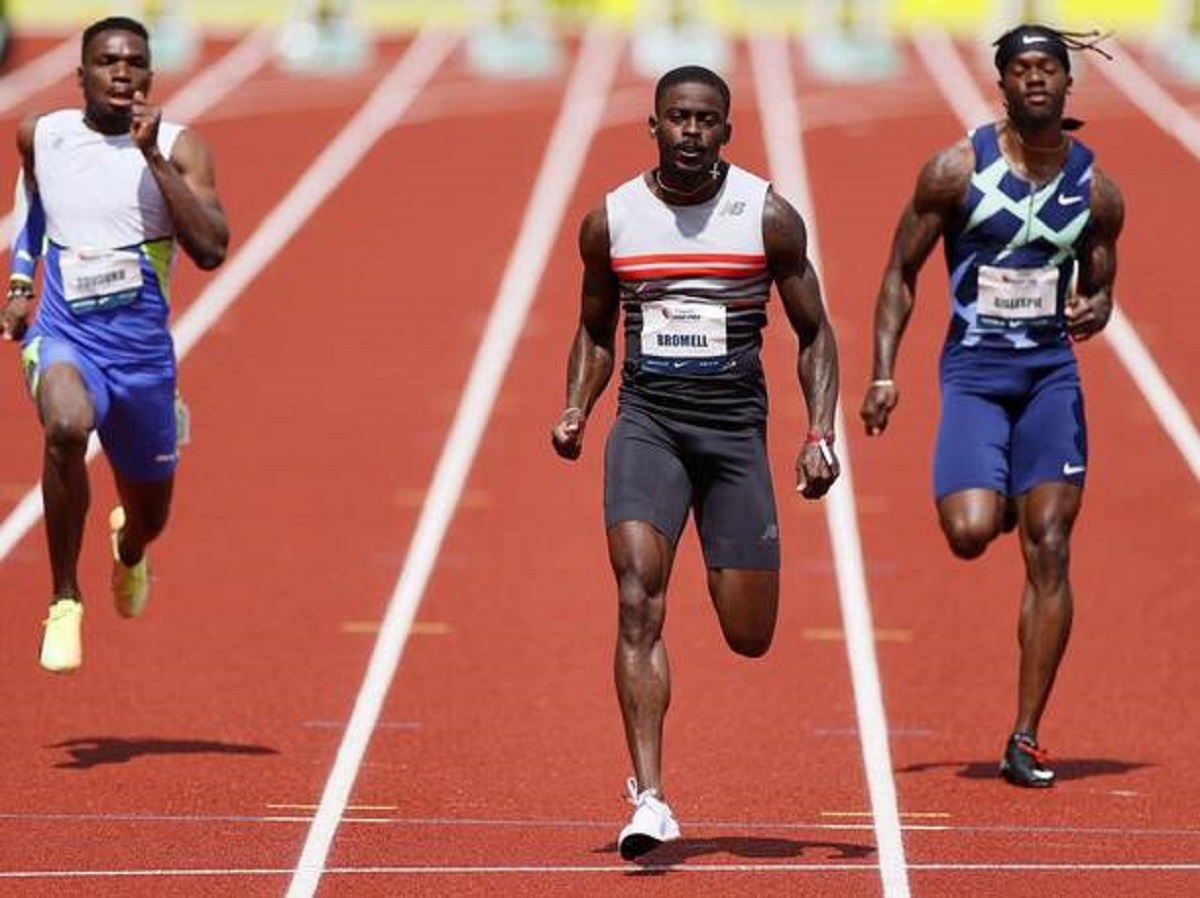 Trayvon Bromell clocks a world-leading 9.77 in Florida’s 7th All Time

US sprinter Trayvon Bromell threw down an Olympic challenge Saturday, clocking a world-leading 9.77sec to win the 100m at a meeting in Florida and become the seventh-fastest of all time. In a wind of 1.5 m/sec, Trayvon Bromell stormed to victory at the NACAC New Life Invitational, a World Athletics Continental Tour Silver meeting in Miramar, Florida.

The world indoor 60m champion in 2016, Trayvon Bromell, faced just three competitors in his heat after four Jamaicans, including Yohan Blake, spontaneously pulled out of the finals.

Got off to a strong start and powered away to become the ninth man to break 9.80sec over 100m.

It continues an impressive build-up toward the Tokyo Olympics for Bromell, the 25-year-old who has battled injuries the past few seasons.

In April, he clocked a then world-leading 9.88sec at a meet in Jacksonville, Florida. And followed up with a 9.92 at UC Irvine on May 15.

Bromell’s form suggests he is firmly in the frame as a potential 100m gold medalist in Tokyo, where world champion Christian Coleman will be absent because of a doping ban. Bromell is the top man heading into the US Championships in Oregon in 2 weeks.

He has won all 7 of his 7 races this year in the 100 meters leading up to the Olympic Trials, where only the top 3 placers will make the individual 100 meters for Rio.

Bromell exploded onto the athletics scene in 2015, when he ran a personal best time of 9.84sec for the 100m before his 20th birthday — the fastest time ever run by a teenager over the distance — before claiming bronze that year’s World Championships in Beijing.

After winning 60m indoor world gold in 2016, he suffered disappointment at the Rio Olympics, finishing in eighth place in the final won by Usain Bolt.

He later suffered a torn Achilles in the final of the 4x100m relay, the start of an injury nightmare that saw him miss two full years of competition.