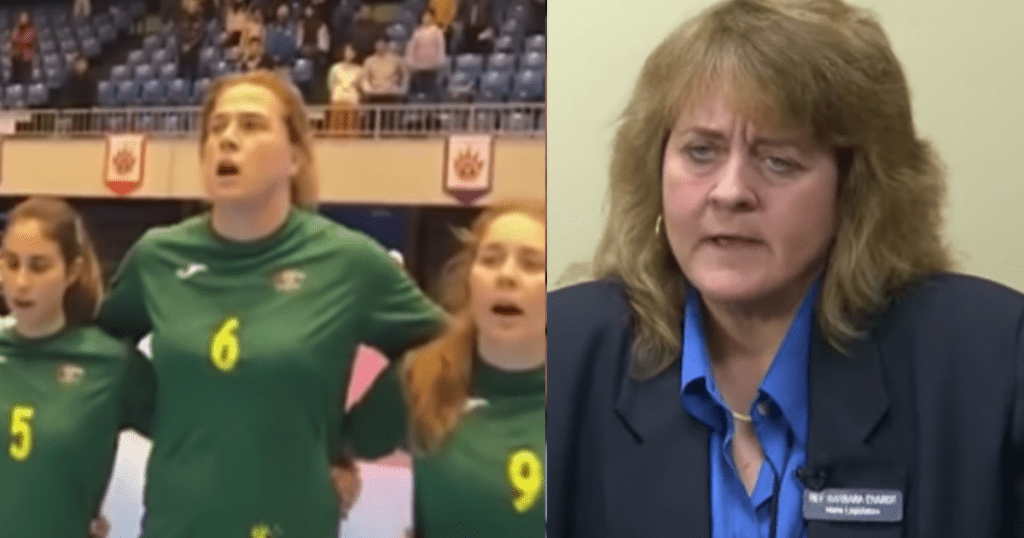 The video below (please follow the link at bottom) from Monty Python is a good argument for separating biological boys from biological girls in sports.

In contrast, a 205-pound transgender athlete doesn’t really belong with your 105-pound daughter on a track, field, or boxing ring.

The politically correct and LGBT community will also scream we’re hurting somebody’s feelings (as if that should be against the law).

However, they aren’t really concerned about

Also, Barbara Ehardt was a big-time college basketball coach and now serves in the Idaho House of Representatives.

However, we told you last week about her proposed law banning biological boys from competing against girls.

Ehardt has been working on her bill for 18 months.  There are likely many parents who’ll lobby on her behalf.

She joined us this week on Magic Valley this morning.

Also, The Representative from Idaho Falls still backs Title IX provisions, but from her own experience shares, girls develop at different levels and in different ways.

Across the country, 18 states already have similar laws on the books.  In conclusion, Idaho could make it 25 as 6 other states also consider the law this year.

Below are some similar articles we have released on the controversial topic of Gender Issues.

Above all Philippine, Athletics has had at least 10 cases of this over the last 30 or so years.

Picture this: you’re the parent of a sporting prodigy, a teenage girl who seems destined for global success. Her whole life, she has worked with obsessive dedication, placing sport above academic or professional pursuits to chase her ultimate dream: Olympic gold.

When she gets there, she lines up beside a cluster of athletes with differences in sexual development (DSD), who are part-male in a strictly biological sense. Some were born with internal testes, which, when they hit puberty, flooded their system with testosterone, boosting muscular development that is unavailable to more than 99% of their female peers.

The only athletes to run faster than these women are widely accepted as dopers, meaning your daughter’s only hope of winning is to boost her testosterone levels with anabolic steroids artificially. Otherwise, she can train as hard as she wants, but she’ll never win. It won’t even be close.

Andraya Yearwood, a 17-year-old junior at Cromwell High School, is one of two transgender high school sprinters in Connecticut, transitioning to female and competing at a high level in track and field.

Yearwood came in at second in the 55-meter dash at the state open indoor track championships. The winner, Terry Miller of Bloomfield High, is the other transgender person who set a meet record of 6.95 seconds.

The third-place competitor, who is not transgender, finished in 7.23 seconds.