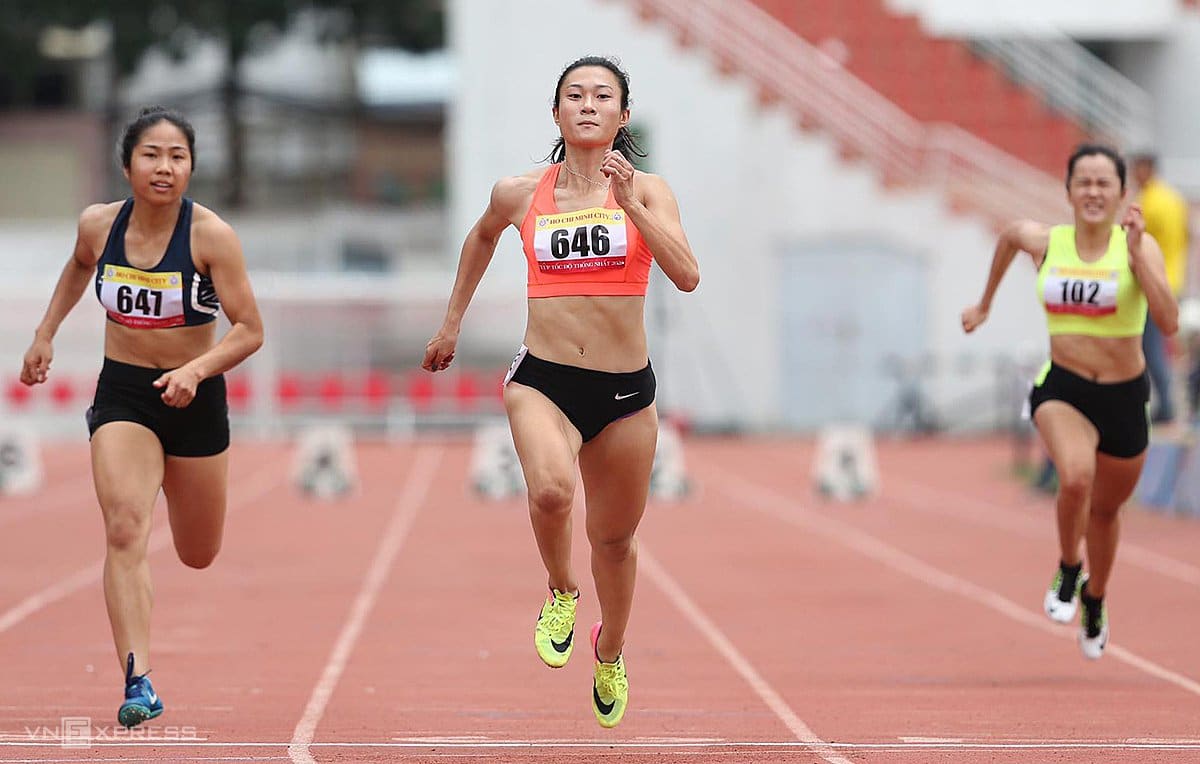 Meanwhile, on the Men’s Side, it was the same 1-2 as SEA Games with Tran Nhat Hoang winning in 47.21 narrowly over Dinh Son 47.26. The Gold and Silver medalist from the SEA Games. Quach Thi Lan the SEA Games 400m Champion took the Women’s Gold in 53.12 from Huyen who was Silver last SEA Games.

Meanwhile, in the Men’s 60m Trin Viet Thu narrowly got the better of Ngan Ngoc Nhia 6.86 to 6.89. (Eric Cray of the Philippines leads the SEA Rankings for the year with 6.71).

Vietnam who has been largely unaffected by the COVID with 0 Deaths will open its Athletics season on June 10 with the Speedy Cup. The competition will be the first meet of the year for the South East Asian powerhouse. This begins Vietnam’s preparation for the 2021 SEA Games. In which Vietnam will be the host nation.

The Thong Nhat Speed ​​Cup track and field tournament in 2020 (June 8 to June 14) at Thong Nhat Stadium (Ho Chi Minh City) will be the first race to take place after the epidemic in Vietnam.  It all begins with the Speedy Cup in which National athletes will be evaluated and new athletes from the provinces will emerge and vie for spots in the National Team.

Vietnam has gone from 6 golds in 2013 to 9 in 2015 17 in 2017 and then 16 in 2019.  The scary thing is Vietnam has had the most number of golds in the last 2 SEA Games 17 and 16 without even being the host. They will have the added advantage of being host next year. Undoubtedly the Vietnam government will be putting in a much larger investment towards building a stronger team.

The scary thing is if Vietnam can get 16-17 golds without the home ground advantage in athletics. They could be looking at 20 golds or more if they are the SEA Games hosts. This year the Unified Speed ​​Cup was held on a large scale, attracting the participation of many stars. track and field competed at SEA Games 30:

Spectators who love athletics can go to Thong Nhat Stadium to watch for free, support the athletes compete.

Vietnam really leveled up with Foreign coaches such as world-renown American sprints coach Loren Seagrave (who is now with Thailand athletics), German Hurdles Coach Rudiger Harksen, Australian sprints coach Gerard Keating, and several Russian and soviet satellite coaches. Who helped provide coaching knowledge, information, and mentorship that helped lift the level of the local coaches to the point where they continued to produce good results.

On a Further note, it will be good to see the first Athletic competition in South East Asia since around March. The 2020 SEA Ranking Lists have been rather quiet for the past 3-4 months. It will be good to finally be able to update them.

Photos of Vietnam athletes preparing for the Speedy Cup

Source and schedule of events can be found here: