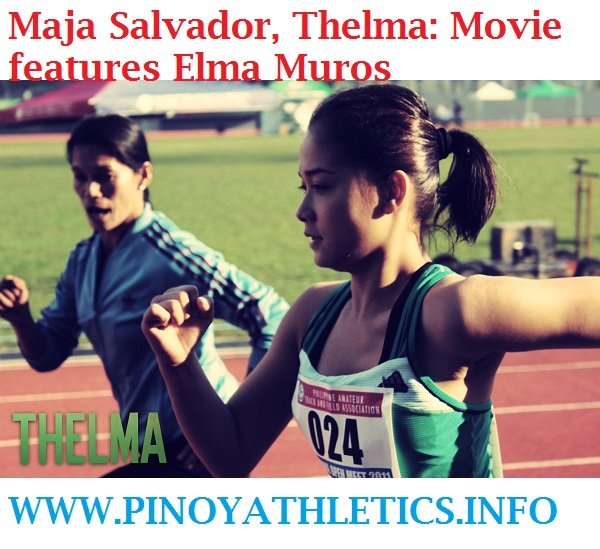 So the Question is does Thelma Maja Salvador  make a better runner?

Or does Elma Muros Posadas make a better actress?

I was finally able to watch my copy of the movie Thelma.

Which stars Maja Salvador as the track runner Thelma

. Also, the Interesting thing about this movie is it features the legendary Elma Muros Posadas ‘Guest Appearance’ as ‘Coach Rose’ her coach.

Who recruits Thelma (Maja Salvador) after she wins what appears to be a laned 400m at the Palarong Pambansa.

Muros also helped Salvador get in shape not just in reel but in real life.

(An indie film is an independently produced film with a limited shooting budget).

It was released by Star Cinema and directed by Paul Soriano.

Also, the interesting thing is that many provincial athletes from different sports can probably relate to Thelma’s story.

As this is not based on an individual but inspired by true stories.

Hence I’m certain that Elma Muros Posadas who hails from the small island of Romblon off the coast of Luzon was also part of that inspiration. 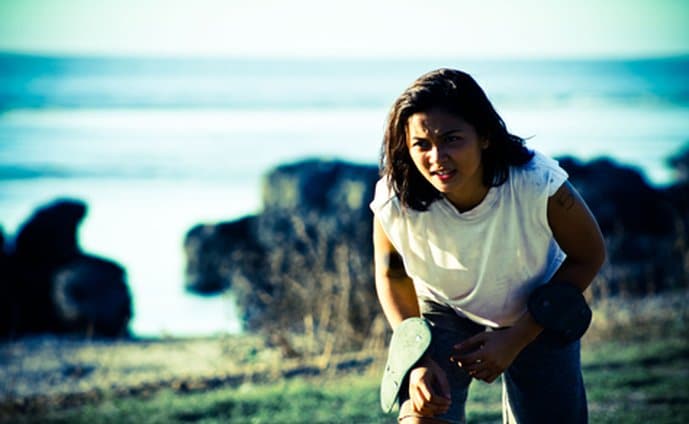 It was very interesting to see the lack of development in the province and how athletes dealt with it. Consequently, Thelma obviously grew strong from carrying sacks of rice and bottles of water on the farm. And didn’t require any sort of weight training.

Also, the interesting thing was how the track surfaces seemed to get better starting as dirt, then very old tartan, then slightly better tartan, to relatively new looking tartan as she progressed from city to district to regional to the Palarong Pambansa.

The story deals with the struggles and rise of a young Probinsya athlete. Thelma is the tomboyish eldest daughter of a poor farmer in the Ilocos Region.

The film is set mainly in Ilocos Norte.

And with the use of Helicopter, the film captures many of the beautiful sites of the region with many scenes overlooking the windmills of Bangui.

Thelma discovers she has a talent for speed.

But while this talent creates new opportunities it also presents new challenges to herself and her family.

Hence I liked this film as it really captured the difficulties faced by provincial athletes and dealt with several issues. 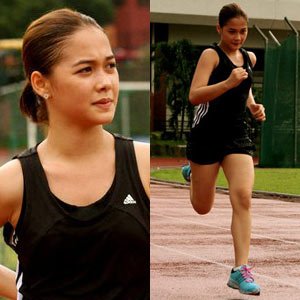 Also, Thelma was her family’s breadwinner facing the responsibility of having to possibly leave school to help on the farm.

Also, her sister was incapacitated in an accident, which was the opportunity of her continuing her studies.

Hence one of the best lines in the movie is with her sister at the windmill.

“Those are windmills they work like electric fans but in reverse. They get energy from the wind. Every turn they makes create energy. Energy that can be used to power lots of things” – Sister

“Me too, when I run.I run fast. I get energy from inside. I want to run faster. It feels like i’m flying. I want to run so far far away so i can go to different places”

It also dealt with an issue rarely tackled and that was the culture shock of provincial athletes moving to the city.

Even though the Philippines is one country.

Consequently, the diversities between lifestyles in the province and the big city are very different.

A lot of provincial athletes get ‘Sakit Sa Bahay’ or homesick and miss their families and fail to cope. 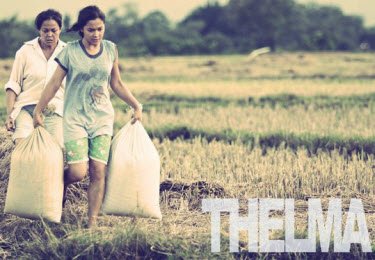 Catching others with vices such as drinking, partying, and spending. Despite Thelma growing talent as an athlete.

Her insecurities along with self-doubt seem to escalate.

Hence Maja shines brightest during Thelma’s darkest moments, dishing out the emotions in an understated manner that will pierce the hearts of moviegoers.

So convincing is the portrayal and realism of the acting and story-line.

And the dedication of training of Maja Salvador with Elma on and offset. Expecting to see Thelma at the UAAP! 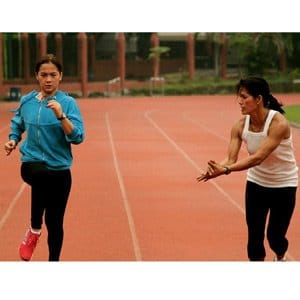