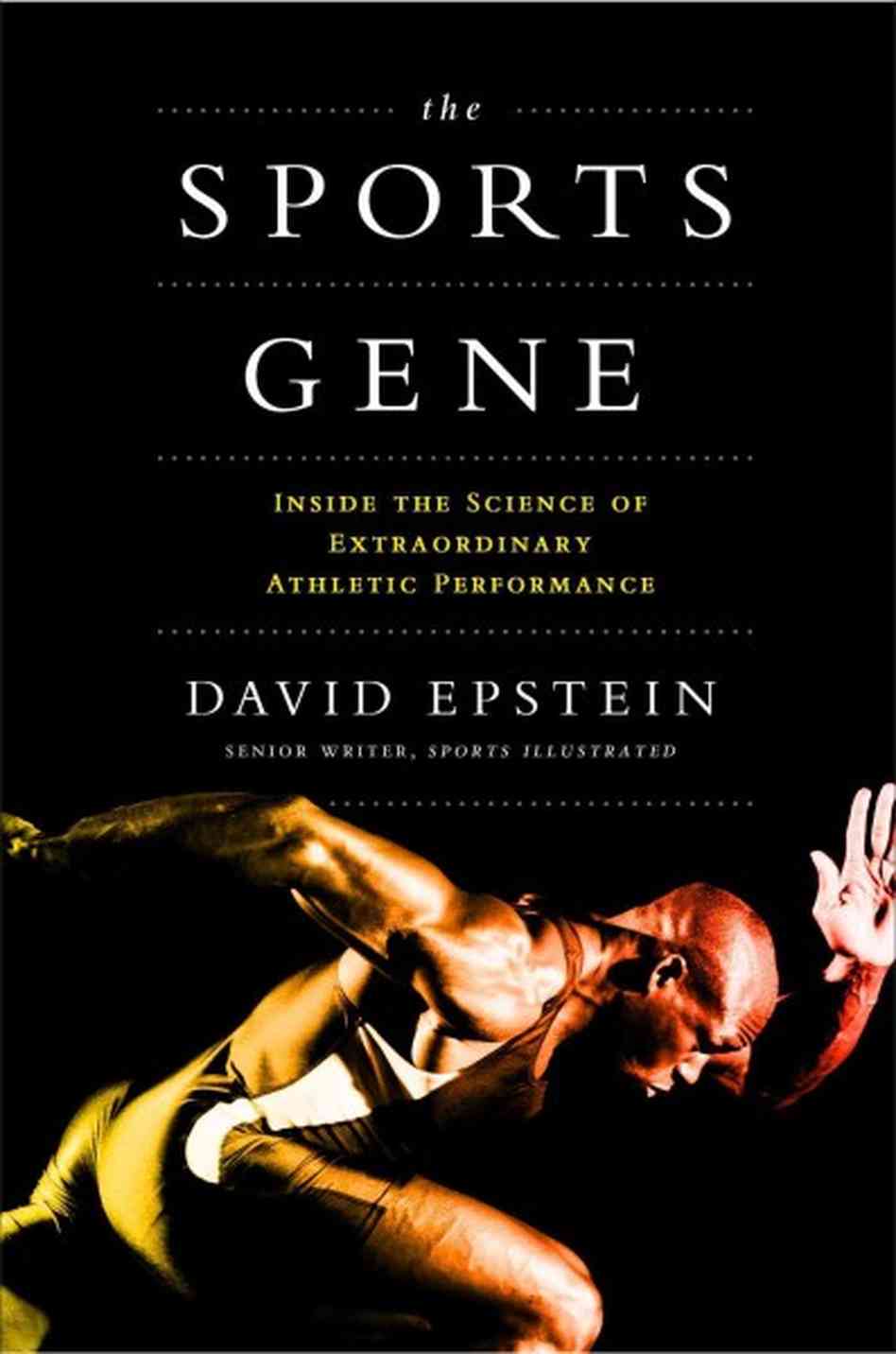 The Sports Gene: Inside the Science of Extra-Ordinary Athletic Performance

David Epstein’s “The Sports Gene: Inside the Science of Extraordinary Athletic Performance” is a fascinating book that discusses the most recent genetic findings as they apply to peak athletics. David Epstein takes the readers on a tour of sports and tries to determine how much each contributes to his never-ending effort to resolve the nature vs nurture argument.

1. Beat by an Underhand Girl: The Gene-Free Model of Expertise,

3. Major League Vision and the Greatest Child Athlete Sample Ever: The Hardware and Software Paradigm,

4. Why Men Have Nipples,

5. The Talent of Trainability,

6. Superbaby, Bully Whippets, and the Trainability of Muscle

7. The Big Bang of Body Types,

9. We Are All Black (Sort Of): Race and Genetic Diversity,

10. The Warrior-Slave Theory of Jamaican Sprinting,

12. Can Every Kalenjin Run?

15. The Heartbreak Gene: Death, Injury, and Pain on the Field,

1. Well-written, well-researched book. Epstein is very engaging and keeps the science at a very accessible level.

2. Fascinating topic that sports fans will enjoy. A look at elite athleticism through the eyes of science. Sports elites. I’m there!

3. Epstein does a fantastic job of skillfully handling the susceptible topic of race and genetics. Any minor miscue would have derailed the book, but Epstein never lets that happen and should be commended for his utmost care.

4. There are very few books on this interesting topic, and this one covers multiple sports. And behind it, all in the quest to find what’s behind elite athleticism, “The question for scientists is: What accounts for that variance, practice, genes, or something else?”

5. You are guaranteed to learn something new. As an avid sports fan and reader, I didn’t expect to learn too many new facts, but I am always humbled and pleasantly surprised when I do.

6. The importance of experience in athletics. “Studies that track the eye movements of experienced performers, whether chess players, pianists, surgeons, or athletes, have found that as experts gain the experience, they are quicker to sift through visual information and separate the wheat from the chaff.”

7. Golfers will pick up a valuable scientific tip…I’m not going to spoil it here.

8. The 10,000 hours rule in perspective. “Studies of athletes have tended to find that the top competitors require far less than 10,000 hours of deliberate practice to reach elite status. According to the scientific literature, the average sport-specific practice hours to reach the international levels in basketball, field hockey, and wrestling are closer to 4,000, 4,000, and 6,000, respectively.”

9. Understanding the importance of visual acuity and its importance in sports like baseball. “Coincidentally, or perhaps not, twenty-nine often is the age at which visual acuity starts to deteriorate and the age when hitters, as a group, begin to decline.”

10. Important lessons shared, “To this day,” Woods said in 2000, “my dad has never asked me to go play golf. I ask him. The child desires to play that matters, not the parent’s desire to have the child play.”

11. Addressing gender differences. “Much of sexual differentiation comes down to a single gene on the Y chromosome: the SRY gene, or “sex-determining region Y” gene. Insofar as there is an “athleticism gene,” the SRY gene is it.” Great stuff!

12. So who was the greatest high-school athlete of all time, according to ESPN? Find out.

13. The impact of the Human Genome Project as it relates to sports. The naturally fit six…

14. The science behind muscle growth. “Something that myostatin does signals muscles to cease growing. They had discovered the genetic version of a muscle stop sign. In the absence of myostatin, muscle growth explodes.” A lot of good information here.

15. Discusses physical traits by the sport that gives the athletes innate advantages over the competition. “The height of a sprinter is often critical to his best event. The world’s top competitors in the 60-meter sprint are almost always shorter than those in the 100-, 200-, and 400-meter sprints because shorter legs and lower mass are advantageous for acceleration.”

16. A cool look at the NBA. My favorite team is the 95-96 Chicago Bulls (Jordan, Pippen, and Rodman). Some eye-opening facts concerning wingspan.

17. Scientific observations, “Low-latitude Africans and Australian Aborigines had the proportionally longest legs and shortest torsos. So this is not strictly about ethnicity so much as geography.”

18. Race and genetic diversity. “Kidd’s work, along with that of other geneticists, archaeologists, and paleontologists, supports the “recent African origin” model–that essentially every modern human outside of Africa can trace his or her ancestry to a single population that resided in sub-Saharan East Africa as recently as ninety thousand years ago.” Honestly, where would we be without understanding the grand theory of evolution? An excellent chapter is worth the price of the book.

19. Mind-blowing facts, ” In an example particularly relevant to sports, about 10 percent of people with European ancestry have two copies of a gene variant that allows them to dope with impunity.” Wow!

20. An interesting look at Jamaican sprinting and Kenyan long-term running. What’s behind the success? “Consider this: seventeen American men in history have run a marathon faster than 2:10 (or a 4:58 per mile pace); thirty-two Kalenjin men did it just in October 2011.” Say what?

21. The honest limitations of the young science of genetics, “Just as it is tough to find genes for height–even though we know they exist–it is tough to pin down genes for even one physiological factor involved in running, let alone all of them.”

23. Genetic diseases. “According to statistics that Maron has compiled, at least one high school, college, or pro athlete with hypertrophic cardiomyopathy (HCM) will drop dead somewhere in the United States every other week.”

24. An excellent epilogue on the perfect athlete, “In reality, any case for sports expertise that leans entirely on either nature or nurture is a straw-man argument.”

1. Football is the most popular sport in America bar none but wasn’t really given as much paper as I was hoping for; sure, you get some stories about Jerome Bettis, Herschel Walker, head injuries, and weight lifting…but not the treatment a sport of its magnitude would warrant.

2. The science is fundamental and done so to reach a larger audience. Links or an appendix would have given curious readers more to munch on immediately.

3. At no fault of the author, the science of genetics is still too young to answer the most demanding questions to a satisfactory level.

4. No formal separate bibliography…you have to surf through the notes.

The Sports Gene, In summary, is the perfect summer book.

Additionally, this was a page-turner that gave us an inside look into peak athletics from a scientific perspective. David Epstein treats sports fans to some cutting-edge research. Genetics is highly complex, and we are only at the beginning of our understanding of it. Nevertheless, it’s a fascinating topic, and as knowledge about it grows, so will the applications to the world of sports. If you’re curious about how genetics is being used to produce exceptional sports performance, Epstein gives readers a great taste of things in this book. 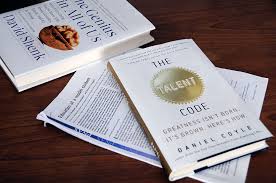