It has been a while but we have now chosen another worthy addition to our Legends of Track and Field from not so long ago.

Known as Toto to his friends, the ever-smiling Gallenero served as a humble and perfect role model to lots of athletes as an athlete himself and later as a coach.

Fidel Gallenero was born on 30th April 1973. He came from the humblest of towns in the province of Capiz. It was not an easy life for Gallenero as he did not come from a well-off family. He had to cross a couple of rivers and hills just to get to school. 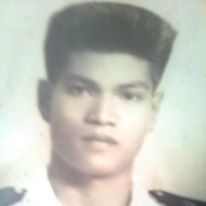 He did not put that much effort, not into his education, and later regretted he didn’t finish college. But later as a coach enforced the importance of education to his athletes. Fidel did not start off in Athletics, in fact, he was in his 20s when he made the move into Athletics.

Fidel Gallenero began off in the National Rowing team. But was soon persuaded by veteran national coach Dario De Rosas to try out for athletics. Fidel Gallenero would become a durable mainstay of the national team from the late 90s to early 00s.

For some reason, he started to attend track and field practice with the guys in Rizal Memorial. “Saling-pusa lang ako,” (I just tagged along) was how he described himself. “Hindi ako nahihiya, sinubukan ko lahat ng events. Laban lang!”

He has experienced the most primitive of coaches and training approaches throughout his tenure in the sport; hence, the feeling of rancor against such coaches he encountered in his later, more athletically prestigious years. He considered Coach Dario de Rosas as a definitive influence in terms of proper, scientific training. For his part, Gallenero has undergone a few IAAF-accredited seminars to further his track & field know-how. More importantly, the years that he has spent as an international class competitor are priceless.

Representing Philippine Navy, Gallenero first came into limelight by beating the then National Record Holder, the celebrity athlete David Bunevacz,  at the 1997 National Open in Manila. His first SEA games medals were two bronzes in the 1999 Brunei edition, one in the Decathlon and the other in the 4x400m relay. In 2001 in Kuala Lumpur, he emerged the sole victor in the grueling, 2-day event. In 2003, he won the bronze in the same event again, a basketball injury sustained ruining his chances for a back-to-back gold.

Perhaps the highlight of his long career was the 2001 SEA Games Gold in the Decathlon with 6958 points. 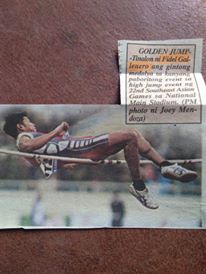 Gallenero failed to retain his SEA Games title in 2003. And as stipulated from PATAFA’s arrangement he was removed from the national team.

After coach stints at San Beda, DLSU Dasmarinas, and Ateneo. Gallenero took up an offer to become one of the National Coaches for Brunei shortly after he had retired from Athletics.