The late Steve Prefontaine was one of the greatest runners produced in the United States and one of the most abrasive. This film based on his life makes him seem fairly unlikeable.

And that’s one of its best qualities: Here is a sports movie in the best sports writing tradition. Where athletes have portrayed warts and all. However, you do not have to be nice to win races; however, you have to be good.

Who Played Prefontaine in the Movie?

“Prefontaine” opens in the 1960s, with Steve (Jared Leto) as a kid whose short stature and “bad hand-eye coordination” make him the most hapless player on the football team. Determined to be good at something–to get even with those who dismissed him–he turns to track.

However, even though he’s not built like a runner and one leg is shorter than the other. And he uses sheer determination to win. Soon he’s being scouted by the legendary Oregon coach Bill Bowerman (R. Lee Ermey).

Who manufactures track shoes in his garage. Using his wife’s waffle iron to mold the rubber treads. Bowerman goes on to co-found Nike, and Pre goes on to hold almost every American record at the longer distances. 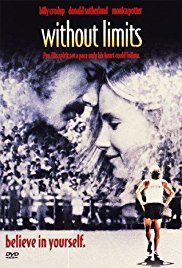 “Without Limits” is the second recent film about Steve Prefontaine, the legendary American runner who brought his sport into the headlines and helped topple the creaky amateur athletic establishment. Like “Prefontaine” (1997), it focuses on the star’s abrasive personality and his refusal to pace himself.

The only way he wanted to win was by “flat-out leading all the way.” While he died in a road accident, he held most of the American distance records, and one of them still stands.

Why two movies about Prefontaine? And because two directors wanted to make them, and neither one backed down. “Prefontaine” was by Steve James (“Hoop Dreams”), starred Jared Leto.