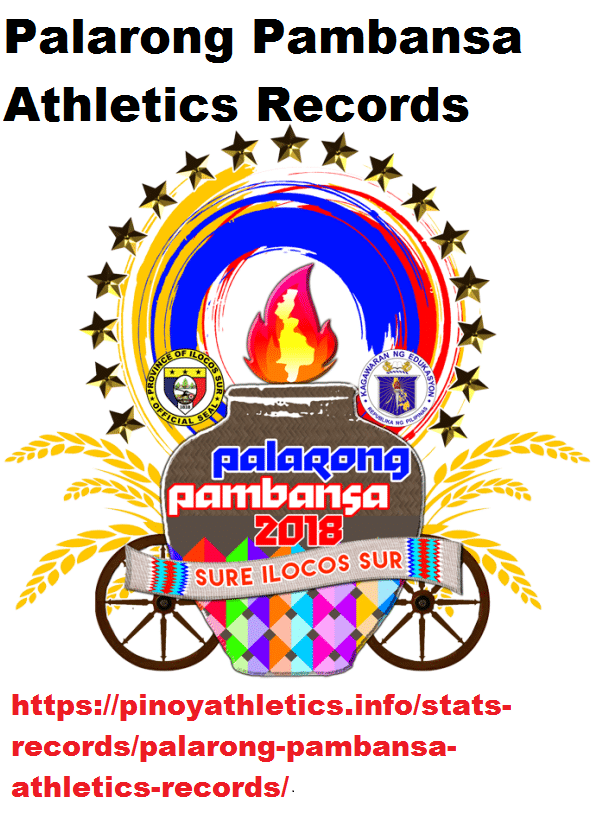 NB. As of 2020, we will no longer be counting marks as records if the athlete has transferred region unless the athletes whole family moved residence to that region.

Please note none of the elementary boy’s record-holders for Palarong Pambansa moved onto win a SEA Games medal let alone qualify for any SEA Games.

The same can be said for the elementary girls. While a few of these athletes such as De Josef, Schrijvers. And De Oro represented the country in age-grade meets.

In the boys secondary, Patrick Unso moved onto becoming a SEA Games bronze medalist. And break the national record at the 2015 SEA Games in Singapore.

While Udtohan, Capangpangan, Fuentes, Soqueno, Esteban and Pachecho won medals for the country at age-grade meets.

Meanwhile, in the girl’s secondary,Navalta made the national team. Rosales, Calis, Schrijvers, Dolloso, De Oro, and Janario won medals for the country at age-grade meets.

Apart from Patrick Unso none of the other Palaro Record Holders moved onto becoming SEA Games medalists.