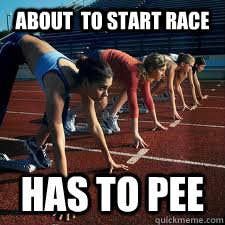 Why are starting blocks important?

Starting Blocks can make a huge difference in a race. When a race is separated by milliseconds a good start can make the difference between coming first and last in a close race.

Do Starting Blocks make a difference?

Starting Blocks make a difference of around .10 to .15 vs not using them.

What are starting blocks used for?

This is the absolute best way to set up and properly use athletics blocks.

How do starting blocks make you faster?

The sprinters may assume a more effective starting stance and isometrically preload their muscles more effectively thanks to the blocks. They can sprint faster overall and with a stronger start as a result.

How do Starting Blocks Work?

Setting up the Starting Blocks

1. Begin with the strong foot block: face away from the direction you’re going to run.

Weak foot block: do the same. Only instead of two feet out, you are going 3 feet out from the line.

2. Know how to sit into the starting blocks properly.

3. Lock your elbows straight until you hear the gun.

On your first stride, swing your arm straight back, extend your other arm right over your head in an exaggerated fashion, and make sure your lead knee comes right up as far as you can. This will ensure a long, powerful first stride. This leads to my article about the first 3 steps in a sprint start after clearing the blocks.

Australian Charlie Booth and his father are credited with creating their invention in 1929. Previously, athletes would plow holes in the dirt track. At the start of each race, trowels were available. The system wasn’t the most reliable or stable. Because the holes had to be patched for later runners, it was also damaging to the track surface. Because George Simpson used starting blocks, his record of 9.4 seconds for the 100-yard dash, set in 1930, was invalidated.