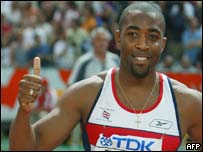 Sprinters Genetics: Born to Run? MRI scans reveal sprinters genetics have different bone structures from the rest of us 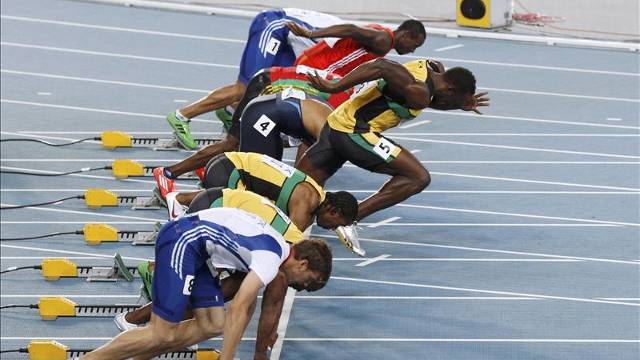 Sprinters running aren’t just faster than the rest of us. Also, their bones are different from non-athletes. Competitive sprinters genetics have significantly different bone structures, with changes that make them run faster.

However, even members of the research team have conceded that the findings will not mean and could identify future Olympic champions early through sprinters genetics testing. Most experts believe many other genes may also play a role. Jason Gulbin, who coordinates scouting activities for Australia’s Institute of Sport, backed that view.

To be included in the sprinter group, individuals must currently be engaged in competitive sprinting and have at least three years of continuous sprint training (Waugh, 2012).

(Dec 27) A debate on the prospects of Asian athletes in American sports passes. Without mention of Yao Ming, the Shanghai Sharks’ 7-6, 265-pound center. Who recently led China to an 83-82 upset over the U.S. His prospects as the likely top pick of the 2002 NBA draft have been trumpeted. Bby no lesser authorities than Michael Jordan and Bill Walton.

But the 21-year-old superstar is one in a billion (1.25 billion to be exact). Young Yao is the product, genetically and culturally, of a 6-10 father and 6-4 mother. Both of them played basketball for China’s national teams. His case is as likely to confuse the nature-vs-nurture debate as to help resolve it. After all, his height may be merely the tip of the genetic iceberg when it comes to his promise as a world-class basketball.

More familiar to Asian Americans is Michael Chang (5-9), who won the French Open at age 17.

But these successes haven’t silenced those who argue. That as a race, Asians lack the genetic gifts to challenge black and white athletes in power sports. Asians are genetically smaller and weaker, they claim. And can only excel in sports calling for quickness and agility? They cite Asian underrepresentation in track and field, football, basketball, soccer, tennis, boxing, and the like (Asian Athletes Limited by Genes or Nurture? | Asian American Issues | GoldSea, n.d.)

since posting this article in 2013. Several Asian athletes have now broken the 10-second mark in the 100m. As of 8th June 2019, there have been 825 performances below 10 seconds in History. While the vast majority of these are predominately by black athletes. For this write-up, we will not consider wind-aided performances. 7 Asians have run in under 10 seconds.

Ogunode and Francis are Nigerians running for Qatar, and Al-Harthi and Sani Brown are mixed, black-blood athletes.  Brown’s father hails from Ghana. But he has a Japanese mother, so he runs for Japan.

Who has run more Sub 10 Asians or Caucasians?

While the dominance of Black and Mixed-Black blood athletes on the track is very evident. What about Sub 10 Asians vs. Sub 10 Caucasian athletes who have more?

Ethnic Variation in Fat and Lean Body Mass and the Association with Insulin Resistance.

“In particular, there is accumulating evidence that South Asians may have a ‘low fitness‘ phenotype which contributes to their elevated cardio-metabolic risk, and thus may particularly benefit from undertaking higher levels of physical activity (Hall & Co.) (2014).

Let’s look at Asian medal tallies, which include middle eastern lands too