By Kimberly May Goloran (Kimly)

Kimberly Goloran is a 17-year-old student-athlete at the University of the Philippines.

She is covering the Palarong Pambansa.

Abstract: Each of the ‘about 30-45second’ Philippines Athletics Sports Trivias were intentionally made simple, understandable to target even non-runners/athletes/track and field athletes (in other words, the masses)  to read and see the following.

While neither of the unique ideas, information gathered is intended to be owned, claimed as my discovery. Citations for each (as much as possible and available) are necessary.

Ms. Kimberly Goloran wrote original Trivia of the University of the Philippines, one of our Junior Authors.

After we have had, I don’t usually post this… Coach Rose Home workouts, Best thing coach, said, Beach photos, and now athlete photos. I see people are getting very bored, but at least young people show they can obey the home quarantine rules in place. To alleviate or add to the boredom whatever way we look at it.

Pinoyathletics.info Trivia Game is how it works. I will ask a question. Then whoever answers correctly gets to ask the next question and so on.

Track and Field Trivia Who held the Philippine National Record in the Men’s 100m Before Eric Cray broke it? 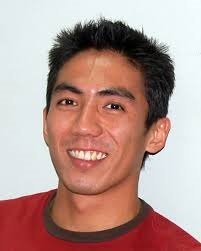 Ralph Waldy Soguilon. He clocked 10.45 in the United States in 2007. Which stood as the Philippine Record until Eric Cray broke it with a time of 10.33 in 2014. Answered by Ninoy Marayag.

Nino Ramirez set the meet record way back in 1936 at the infamous Berlin Olympics. Ramirez was the most dominant Long Jumper of the 1930s. He was so dominant it took 68 years for his national record to be broken in 2004—Ramirez, who had leaped 7.65m. The record was finally broken in 2004 by Henry Dagmil, who leaped out 7.83m. Dagmil, who was dropped from the national team for a poor showing at the 2003 SEA Games, created arguably the greatest catalyst comeback in Philippine Track and Field History.

Ruperto Evangelista, who became the greatest coach in Philippine Track and Field History, played second fiddle in the jumps to Ramirez. Ramirez, a UST student, leaped a meet record in the inaugural 1938 UAAP, which stood until Benigno Marayag broke it in the 2000s.
(Answered by Ralph Soguilon)

Can you Name the 6 Men from the Philippines who were SEA Games Champions in the 400 Meters?

Who was the President of the PATAFA Before Go Teng Kok?

Governor Jose Sering of Surigao Del Norte was the President of PATAFA before Go Teng Kok became President in 1991. (answered by Airnel Abarra)

Who holds the Oldest Palaro Record in Athletics Elem/Secondary?

Can you name the 3 Baton Passing Techniques?

Up, Down, and Push Pass. Baton passing. (answered by Ralph Soguilon)

Who were the members of the 4×100 Team that held the Phi Record before Eric Cray and Co broke it? 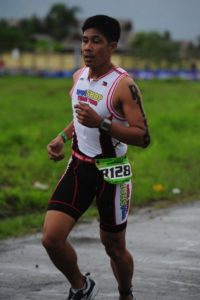 What event did Mario Castro win his only SEA Games Gold medal in as an athlete?

Chamberlain Gonzales, one of three vaulting brothers, crowned himself SEA Games Champion in 1983. Back then, 4.20m was enough to win the title. (Answered by Reynaldo Tolentino)

Which athlete and What year did this Filipino athlete win the 100-200 double at both SEA Games and Asian Championships?

What year and at which Continental Championships did Elma Muros break the Phi Record in the Heptathlon?

How many Filipinas have gone over 4 meters in Pole Vault, and can you name them.

How Many Warnings allowed in Walks before a DQ given?

Who was the Flagbearer at the 2003 SEA Games?