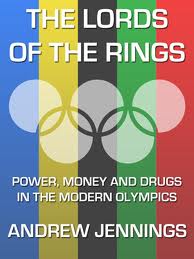 4. The Lords of the Rings Power, Money, and Drugs in the Modern Olympics

This book was referred to me by international volleyball coach Raphael Lloren.

The world of modern Olympic sport is secretive. The elite domain where decisions happen behind closed doors. Spending money on creating a fabulous lifestyle for a tiny circle of officials. Funding for sport is siphoned away to offshore bank accounts.

Hence this investigation of the hidden corruption behind the Olympic ideal reveals: how Princess Anne’s attempt to unseat the unpopular athletics supremo Primo Nibiolo was sabotaged by secret deals from within. Bribing officials so Korean boxers could win golds in the Seoul Olympic.

Also that Berlin’s bid for the 2000 Olympics was so corrupt that the State parliament set up an inquiry. And that millions of dollars are spent by bidding cities to woo those who decide where the games will be held. Often the decision has already been made. And that the Olympic number two, Korea’s Dr. Kim Un Yung, is a trained killer and a former spy.

5. The Complete Book of the Olympics 2012 Edition 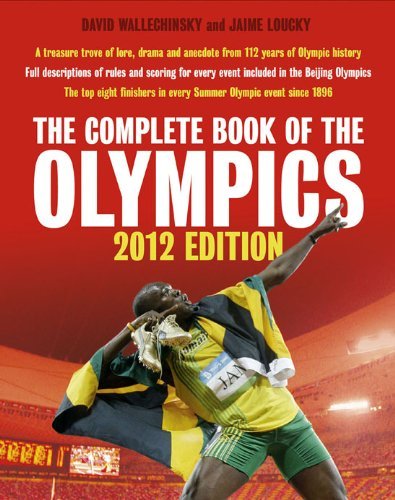 The Complete Book of the Olympics 2012 Edition

Every sportswriter assigned to cover the Games ensures they have their early copy of this prodigious work of reference, packed with absorbing anecdotes and essential statistics. A treasure trove of 116 years of Olympic history, it is also an amazingly readable book, for, in the course of recording every single Olympic final since 1896, it concentrates on the strange, the memorable, and the unbelievable.

Who knew (until reading this book) that croquet was once an Olympic sport or tug of war, or that a 72-year-old once won a silver medal for target shooting? This new edition also has every final result, recorded by the top eight competitors in every event at the Beijing Olympics, and full descriptions of rules and scoring for every event included for 2012. It is the one truly essential Olympics book.

“The new editions come with event guides so you can stay up to a year on the current stars and sports. The book also has a detailed history, random trivia, and a lot of focus on the great moments from 2008.”  —Yahoo!Sports
“This resource will enhance appreciation of the Olympics for fans and casual viewers alike; it belongs in most libraries.”  —Library Journal
“The essential Games guide.”  —Ebony
“Marvellous.”  —The New Yorker

David Wallechinsky’s Complete Book of the Olympics has been the best guide to the Olympics since 1984. The guide comes out every four years. There are separate winter and summer Olympic editions. A fun read and provides a complete record of the times, distances, or scores for the top eight competitors in all events. It also includes information on long-discontinued competitions such as the tug of war. Organized by individual events than by Olympiad.

The authors also provide interesting background information on many of the competitors. The author tries to inject some humor into the book, making it enjoyable to read.

There are interesting human interest stories about competitors you have never heard of. I discovered that the father of Hugh Laurie who plays Dr. Gregory House in “House M.D.” won an Olympic gold medal for the coxless pairs at the 1948 Games in London! At over 1300 pages it is the type of reference book you dip into occasionally. I love this book, it has kept me busy for many happy hours.

Check out other Great Running Books