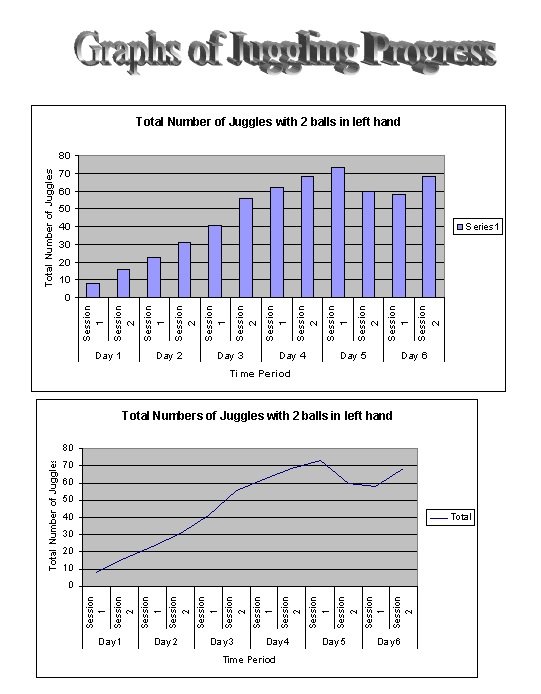 This comes from my collection of assignments when I was in college. Motor Skills – 1. What are the changes to HR, BP, RR, with exercise and on subsequent recovery?

Nathan‟s heart rate increased as his exercise intensity increased. It went from 96 from rest to 170 during the workout. His heart rate level off at a constant submaximal pace of 102-108 between the first and third minutes of exercise. It remained constant until he increased the pace at 4 minutes and again more significantly in the 6th minute. After exercising Nathan‟s heart rate dropped in the 1st minute from 170 to 124, and then down to a little below is starting heart rate finishing at 91.

At rest, the average Respiration Rate is 12- 15 breaths per minute. During exercise, this can increase as high as 45-50 breaths per minute. Nathan‟s breaths per minute at rest and for the first 2 minutes were 13-16 BPM, which is considered average. He started breathing more heavily at 3 minutes and maintained a BPM of 20-24 until the 6th minute. In the last minute of exercise when he increased his submaximal effort his BPM was at a high of 32 BPM. 1 minute After exercise his BPM was even higher at 36. It decreased to 28 BPM after 2 minutes and back to near normal levels at 16 BPM after 3 minutes.

Normal Blood Pressure is 120/80. During exercise, the CO increases and therefore there is more blood fired into the arteries much faster. This causes systolic pressure as high as 180mmHG while diastolic remains fairly constant. Nathan‟s Systolic pressure was 134-148 roughly during the first 6 minutes of exercise. It was hard to calculate as this was not recorded so often. In the last-minute, his systolic pressure increased to 200 as he changed the submaximal pace. After 3 minutes after exercise, it leveled off to 140.

2. Discuss the physiological reasons why each of these changes occurs?

When you begin to exercise, your heart rate increases rapidly in proportion to your exercise intensity. When the rate of work (intensity) is accurately controlled and measured (for example, on a cycle ergometer), the oxygen uptake can be predicted. Thus, expressing the rate of work or exercise intensity in terms of oxygen uptake is not only accurate but is
appropriate for comparing either different people or an individual under different circumstances.

Your heart rate increases directly as you increase your exercise intensity until you are near the point of exhaustion. As that point is approached, your heart rate begins to level off. This indicates that you are approaching your maximum value. The maximum heart is the highest heart rate value you achieve in an all-out effort to the point of exhaustion. This is a highly reliable value that remains constant from day-to-day and changes only slightly from year to year.

During exercise, there are dramatic changes in the cardiovascular system. Perhaps the greatest change occurs in blood flow to exercising muscle which, under maximal conditions can increase up to 35 fold. Such a large increase in blood flow has severe consequences for blood pressure regulation, as the opening of this large circulation can result in a sudden and substantial drop in pressure.

There is an everyday analogy that is very comparable to this situation. Imagine that you are taking a shower upstairs in your bathroom when someone elsewhere in the house turns a tap on. This result is a loss of pressure in the shower, as two circulations are now open. The answer to this problem is to increase the capacity of the pump so that the pressure can be corrected. This is exactly what happens during exercise.

Respiratory System
The respiratory system provides oxygen to the blood through inspiration breathing in and removes end products such as Carbon Dioxide through breathing out. Oxygen travels downward through the Trachea, Bronchi, Bronchioles, and Alveoli in order to be pumped to the muscles of the body. Carbon dioxide moves from the blood capillaries to the Alveoli and when we breathe out, the body rids itself of this waste product.

Motor Skills 3. Do you think the workload was light, medium or heavy? Why?

I think it was very light because Nathan‟s pulse was fairly constant 96-125 for the first 4 minutes a difference of 29. After 4 minutes Nathan‟s heart rate increased dramatically increasing from 125-170 in the last 3 minutes a difference of 45. This increased the intensity of the workout too hard levels. Also, his breathing per minute rose from 13 to 32 BPM during the workout and he was breathing more heavily one minute after the workout at 36 BPM, All in all, I would say that Nathan has had a reasonably heavy workout. But probably could have kept on going for a few more minutes.

Motor Skills  4. How could you adapt this experiment to compare your subject’s fitness with another? How would you determine who had the highest level of fitness?

By having two people each on one cycle exercycle by

running them separately for an equal amount of time on each exercycle. By recording both results and then comparing the outcome. By comparing the increase in Pulse, and by seeing whoever has the quickest decrease in pulse after exercise may have a better fitness level.

Motor Skills  What is it?

BMX (Biomechanics) is the study of human movement, what forces both internal and external to cause the movement to happen, and the results of forces when exerted.

Motor Skills  Why is it important?

Once you find the most effective way a body can move you can compare it with your own actions and then improve your technique.

What is the C.O.G? (Center of Gravity)What is mass use weight? What is gravity?

Center of Gravity = is the center point of the mass of an object, the point about which parts are equally balanced.

Mass = the amount of substance in a body/object

Weight = is the force of gravity (8 newtons) acting on the mass.

e.g., A cricketer bowling a ball. The axis is the shape shoulder joint, from the ball’s point of view. External axis.

Momentum: Is the amount of motion a body has. It is related to speed and mass. I.e. the faster the object is moving the greater the momentum.

The faster the object is moving the greater the momentum..

Transfer of Momentum: An object has mass and also velocity when it strikes another object it transfers momentum to the other object.

This occurs when there is some movement between two surfaces.

Rebound – how high things bounce when one objects come into contact with another object. E.g. the ground or a racket.

The material ball is made of

It depends on the hardness of the ground.

In this topic, we look at what motor skills are and how we learn them with Juggling as an example.

What is a skill!

Skill is the learned ability to bring about predetermined results with maximum certainty with the minimum outlay of time and /or energy.

Characteristics of a skill

Simple – means easy to do, not difficult, no practice – required

Skillful – means the activity needs practice or many attempts before it can be performed well.

How could you make it more open?

How do you know you are at this stage?

The part at a time. I learned to juggle with my right hand which was easier first and then started recording juggling with my left more difficult hand.

Increased performance if the skill is perfected.

Decreased performance if the skill is not perfected.

This affects the individual’s arousal levels (meaning the level of attention i.e. how awake or receptive to learning or performance they are.).

Feedback given by the coach and the athlete personally is the most important aspect which affects learning.  Without feedback from a coach, athletes wouldn’t know where they are going wrong and how to improve the learning of that skill.

An individual has to absorb all the information necessary to perform a skill, make sense out of it and then reorganize it and choose the correct response. Why Do Foam Roller Exercises?

May 7, 2020 Other Media
05. Training Anatomy Commentaries

How to calculate ideal body weight for height and age?