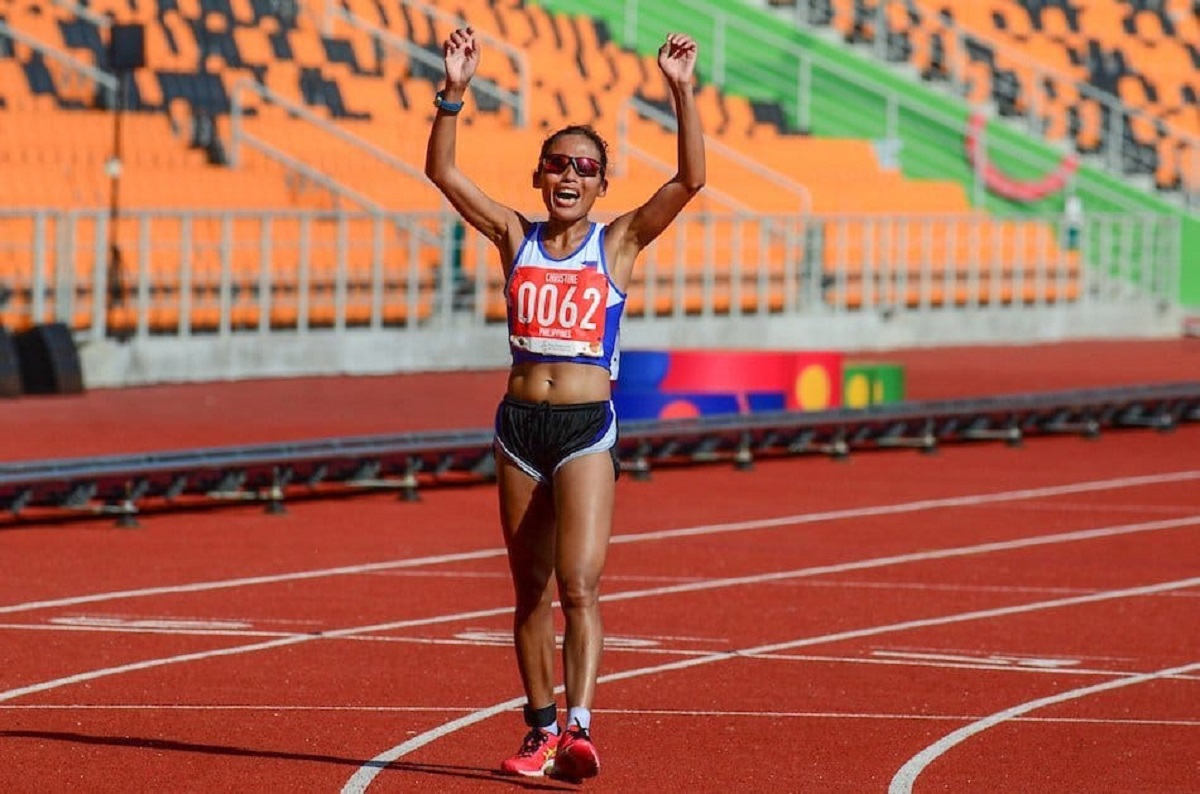 Firstly From the Meet Organizers 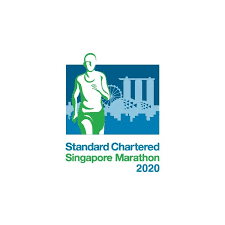 Hey there! This year, SCSM 2020 will adopt an alternative race format to replace the traditional road-race, comprising virtual and possible physical components that are being explored and dependent on gathering regulations.

The race will allow runners to safely take part in the race (with no road closures or major stakeholder disruptions) and virtually, and still look forward to the signature finisher experience – complete with a finisher photo for runners to celebrate their accomplishments. Planning for the race is still ongoing, and more details will be shared soon.

Obviously, if it’s virtual, it no longer has a gold standard for hopeful Olympic qualifiers to ensure the accuracy of the measurement.

Unless someone certified by the IAAF will be sent to measure courses set up properly in different locations. 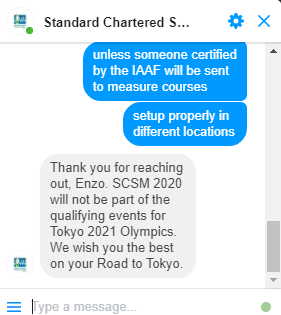 Article from Manila Standard (link to the original article at bottom)

After spending months in lockdown in her home province, Hallasgo will fly to Singapore in the first week of December to participate in the Standard Chartered Singapore Marathon.

How can she fly there? At best, she will end up with a 2-week quarantine in a hotel?

Seeking to get past the Olympic qualification time of two hours, 29 minutes, and 30 seconds will be her goal when she takes part on Dec. 6.

With the Womens Marathon already, 69 of 80 women in the qualifying period (3 per country rule already applied have qualified for the Olympic Games.

It’s not unlikely that at least 11 will go over that. Forcing Hallasgo to have to hit 2h29.30, which is way beyond anything she has ever done with her PB at 2h52.

Philippine Athletics Track and Field Association chief Philip Ella Juico confirmed this yesterday in a huddle with scribes on Zoom during the weekly program of TOPS Usapang Sports.

“Inaantay na lang namin ang kanilang rules and regulations, and protocols that will be observed by the organizers,” said Juico. (as of October 13, 2020)

The Organizers clearly say otherwise (as of October 16, 2020) regarding the Gold status and possibly even the likelihood this will end up being a virtual run.

Since August, Hallasgo has been adjusting to difficulties after returning to training in her hometown in Malaybalay, Bukidnon.

There is no track oval in her hometown, but Hallasgo can still do daily running activities.

No Track Oval in Bukidnon only Road and Mountains.

Hallasgo’s brother is joining her whenever she goes out to run along an isolated roadway in Malaybalay.

She is already SEA Games Champion, but I’m not sure if Juico ever quoted she had an Olympic Medal Chance? Maybe just worded wrongly here.

Since they are not going into crowded areas, Hallasgo said she could run without a face mask.

Since then, she is being guided online by her coach Eduardo Buenavista on how to restart her efforts on endurance activities.

Good job from Buenavista; I really got some good results in SEA Games. Hopefully, he follows in the footsteps of his great Coach, Mario Castro.

Hallasgo went through an ordeal in going back home to Bukidnon.
TRUE Got stranded at Ultra as per our interview on Pinoyathletics.