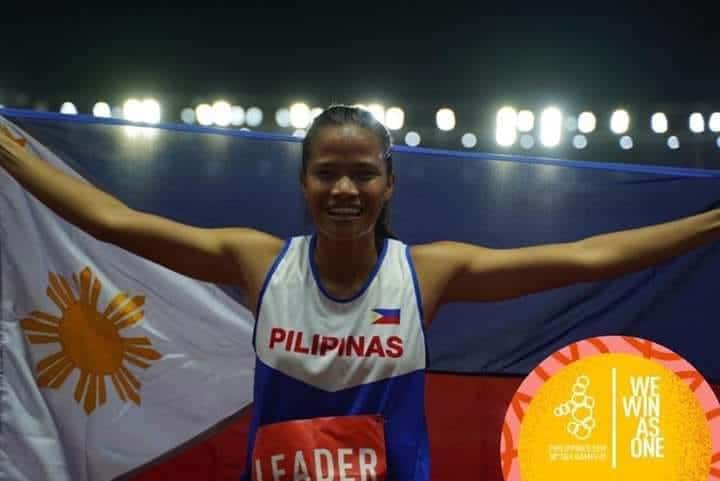 23-year-old Sarah Dequinan crowned herself the Iron Woman of South East Asia taking the SEA Games Heptathlon title back to the Philippines after 18 years.

23-year-old Sarah Dequinan crowned herself the Iron Woman of South East Asia taking the SEA Games Heptathlon title back to the Philippines after 18 years. Joining a great cast of Iron Woman Elma Muros-Posadas 1997 and 2001. And Nene (Gamo)… Click To Tweet

Sarah Dequinan SEA Games improvement catapulted her from 6th to 4th on the All-Time list behind Elma who holds the national record at 5346pts, Narsica Atienza 5285pts and Neno Gamo Pellosis 5125 pts.

Coming into this competition Dequinan was ranked 3rd in South East Asia behind Norliyana (5034) and Nguyen Linh Na of Vietnam (5010) points.

She beat Norliyana and moved to #1 in SEA Rankings. With Linh Na not being fielded by Vietnam and Emilia Nova of Indonesia the 2017 SEA Games silver medal List focusing on the 100 Hurdles.

I wish, she will continue with her quest for greatness. This is not just one event unlike other sports, and sports people usually call them the super athletes coz of the endurance. She’s shy and yet she managed to win. Congrats Sarah ug padayon lang kay may future na karon ang mga athletes. said Ofelia Garcia in reply to Talking Chinoy’s Video.

Conclusion: Dequinan improved 5 of her 7 events

Dequinan like Marathon Champion Christine Hallasgo hails from the province of Bukidnon in Mindanao. She is from Barangay Nabag-o, Valencia City. A new star and totally unexpected SEA Games Champion in Philippine Track and Field who at 23 years of age has many good years ahead of her.