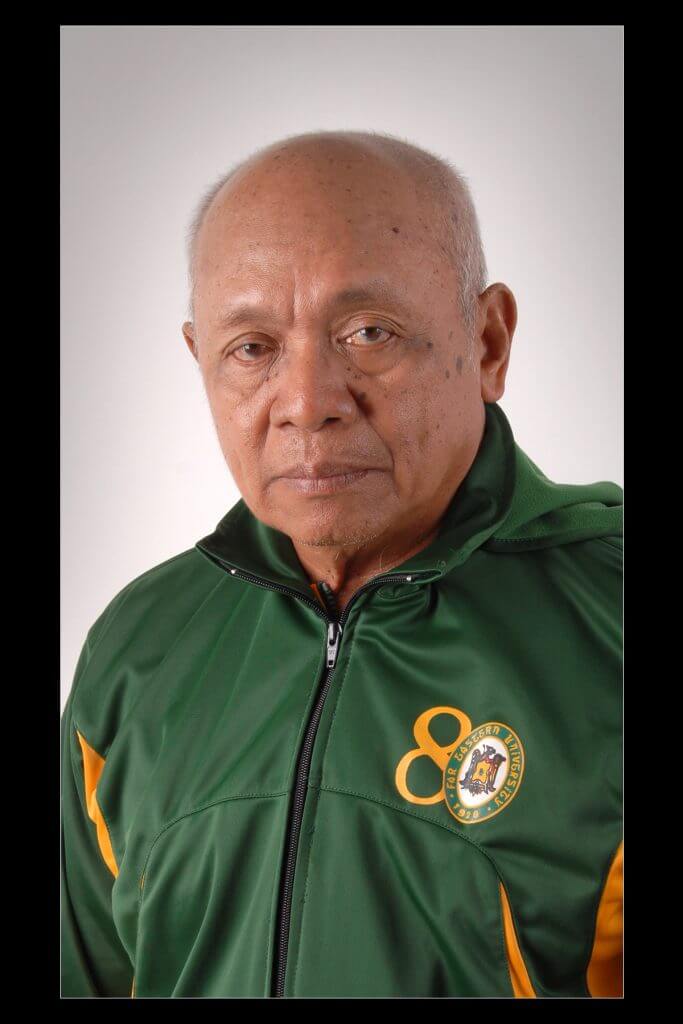 Pinoyathletics inducts a third coach into the Legends of Track and Field. Born in 1938 and hailing from the North of the country.

Andaya’s coaching career spanned over 40 years. At the same time, not everybody liked him as a person.

For all his brilliance, Andaya could be difficult to deal with: stubborn, prickly, and sometimes sharp-tongued. Friendships would start and end. He had a tiny circle of close friends.

His coaching methods were shown to get results.  And his work ethic was unquestionable. Constantly studying new methods and very aggressively persistent at teaching the correct drills and running form. Often yelling at his athletes for not swinging their arms correctly or diving for the finish line.

Andaya was an old-school coach who started coaching in the 1960s. He had been a middle-distance runner before but didn’t quite make it to the elite level.

So he decided to switch to coaching. Starting as an assistant coach, he eventually became the head coach in 1968.

He turned FEU into a powerhouse ending the 5-year reign of the University of the Philippines. UP was Coached by the highly renowned Veteran coach of the time Ruperto Evangelista who we will write about later.

Evangelista had produced several champions at the Asian Games level already by this time. FEU would hold onto the title until 1971.

At this time, the first great athlete had come out of this Championship batch of UAAP Athletes. Namely, Abdulkadir Guipar, who Andaya coached to a gold medal in the 400 Hurdles at the 1973 Asian Championships in Marikina.

From this FEU team also came Narcisco Flores, the 800 and 1500 national champions. Many other athletes such as Pinestrio Lim, Narcisco Dasigan, and Mario Castro are well-known coaches in their own right.

Andaya had another successful run with FEU as UAAP Champion team in 1980, and then an unbroken chain of wins from 1982-1988. He worked a lot with Elma Muros, who also came through FEU in the 1980s.

And another great coach George ‘Jojo’ Posadas was Andaya’s athlete and later his assistant coach. Posadas took his mentor with him to JRU, and they won four titles together at the NCAA.

Andaya went overseas to the United States for a little while but returned to the Philippines, resuming the Head Coach role at FEU there he led them on their 3rd streak from 2005 until 2008. Serving another 2 years from 2010 and 2011.

Andaya then moved on to Arellano in 2012. The last great athlete he coached before he passed away was Steeple Chaser Immuel Camino, who participated in the 2017 SEA Games. Andaya died at the age of 77 in 2015.

Let’s call for a moment of silence on Sunday’s weekly relay to remember Coach Rosito Andaya and the many ways he contributed to building Track and Field in our country.

For five decades, Andaya coached. Turning FEU into a powerhouse UAAP team. One of the most prominent and prolific coaches in Philippine Track and Field History.

I may not have known him as well as the old-timers, but I befriended coach Andaya a few years back, and my fondest memories were having deep conversations with him during meets about his in-depth knowledge and love of track and field.

His ability to identify athletes as potential and his work with them from the grass root, collegiate level, and too elite. Though the work must continue, we may never see someone of his ability again.

What I admired about the old guy was his toughness; despite all the mud flung at him by other coaches, it never dissuaded him from doing what he loved doing, and that was coaching athletes. While in fact, it probably made the stubborn older man even more determined to show he still could find and produce young athletes.

One of the last athletes he worked with was Immuel Camino of Arellano the NCAA steeplechase champion before he suffered a stroke a few months back.

Also, as a testimony to his mental toughness, he would say

You know what Pirie these coaches can say what they like about me and my character. But its not going to stop me from coaching and developing more athletes.

Below is an article by Mr. Ignacio Dee a long-time friend and chronicler of the lifetime Coach Andaya’s lifetimes.rappler.com/sports/university/100938-legendary-track-field-rosito-Andaya-dies