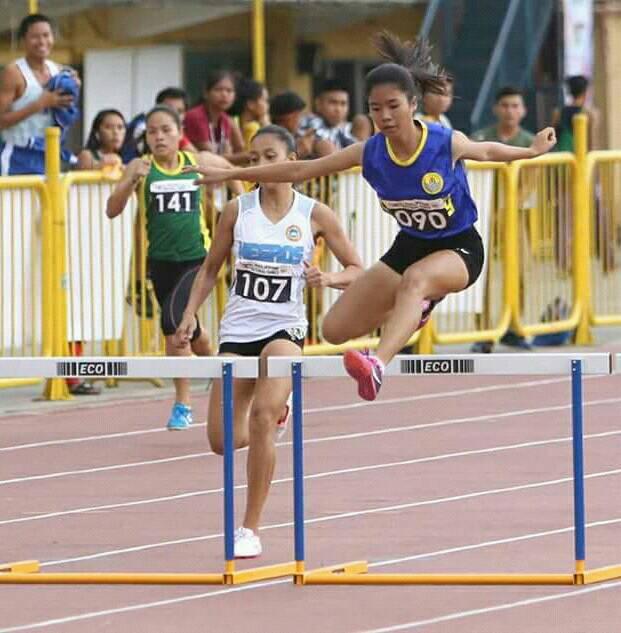 Despite the fact Riza Jane Valiente already has a Filipino passport having run at the ASEAN School Games.

PATAFA still made the error of selecting the less qualified Edwin Giron Jr. which backfired as he wasn’t able to secure a VISA/Passport in time.

Riza Jane Valiente is the most qualified for World Juniors

We are still sticking with our original suggestion that Riza Jane Valiente (already has a Philippine Passport).

Is the most qualified for the Asian Junior Championships.

Whereas Karen Janario who was suggested ahead of her did not participate in PNG or National Open and has the best time of 25.39 in the qualifying period or (-111 pts) from the World Junior standard of 24.20. In the 100 Hurdles, she is -74 points.

James Lozanes 66.39m mark was outside the qualifying period for world juniors of October 2017 onwards, as it was done in July.

So his mark of 56.73m means he is not the most qualified male it would be Edwin Giron Jr. whose recent run of 1:52.70 puts him -70 points from the qualifying.

Concluding that Riza Jane Valiente is the most qualified for the World Juniors as nobody has hit the qualifying standard and in IAAF Points she is the closest.

Malaysia recently having 9 athletes qualified for the World Junior Champs. It got me thinking what about the Philippines?

Despite having 17 Total Records broken at the Palaro.

The Philippines Junior athletes are dropping further and further behind the global standards.

Only Fil-Heritage athletes have ever qualified for World Juniors

Fil-Heritage Sprinters Kayla Richardson (2015 SEA Games 100m Champion) and in Corrales-Nelson in the 2014 and 2016 World Juniors were the countries only legitimate qualifiers.

As other athletes sent prior to this were all wild cards.

Richardson went to the 2014 World Juniors in Eugene as a 16-year-old and clocked 12.03 and 24.53 finishing 5th and 4th in her heat and not professing to the semifinals.

So in 2018, the Philippines has no legitimate qualifier in any event for World Junior Championships.

Riza Jane Valiente is closest of the non-qualified

As no athlete has hit the qualifying standard, we took a look at comparing athletes in different events.

The best way to do this was the IAAF Scoring System. Riza Jane Valiente in the 400 Hurdles for Girls came up as the closest qualified (-30 points) from the qualifying for World Juniors.

Valiente who hails from Bohol is 17 years old she is born in 2001. She is the Palaro Record Holder in the 400 Hurdles, and has is a 3-time Palaro Champion in this event.

She has one more year left to play in the Palaro.

Valiente already has a Filipino passport as she represented the Philippines at the 2017 ASEAN School Games finishing 4th.

Valiente is coached by Rosseller Regulacion