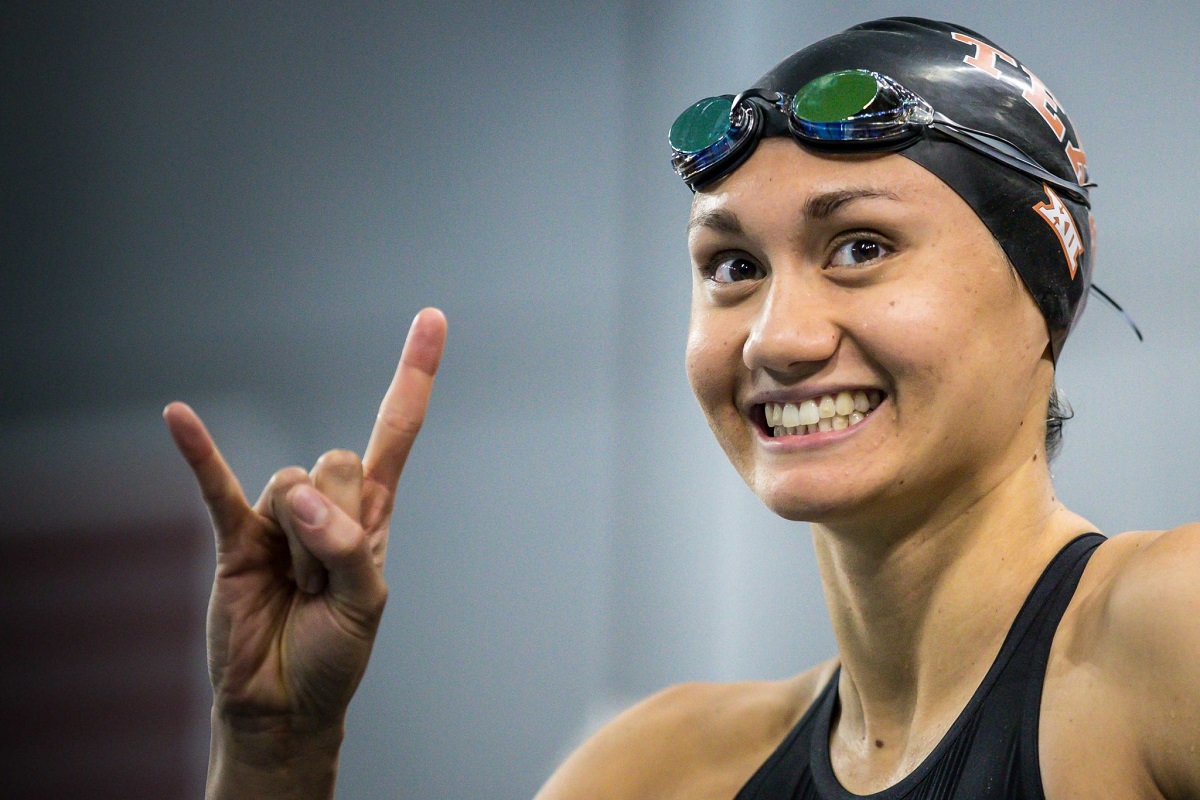 Fil-Kiwi swimmer Luke Gebbie ended his Olympic campaign, winning Heat 5 in 22.84 in the 50 FreeStyle but finished 41st of 47.  Ending his Olympic Campaign in Tokyo. The mark was not enough to break his national record of 22.57 in the Australian National Trials last July in Adelaide. Caleb Dressel had the fastest time in Heat 10 in 21.32.  Only the top 16 progressed to the semi-finals.

In a very bizarre twist 16 swimmers, all qualified for the semi-finals. Re-swimming in the 2nd round Fil-American Remedy Rule was slightly slower than her heats with 2:12.89. Again beating the athlete from Honduras. Rule ended up last in Semi-Final 2, won by Yufei Zhang of China in 2:04.89, the 2018 Asian Games silver medalist. 2019 World silver medalist Hali Flickinger won semi-final 1 in 2:06.23. 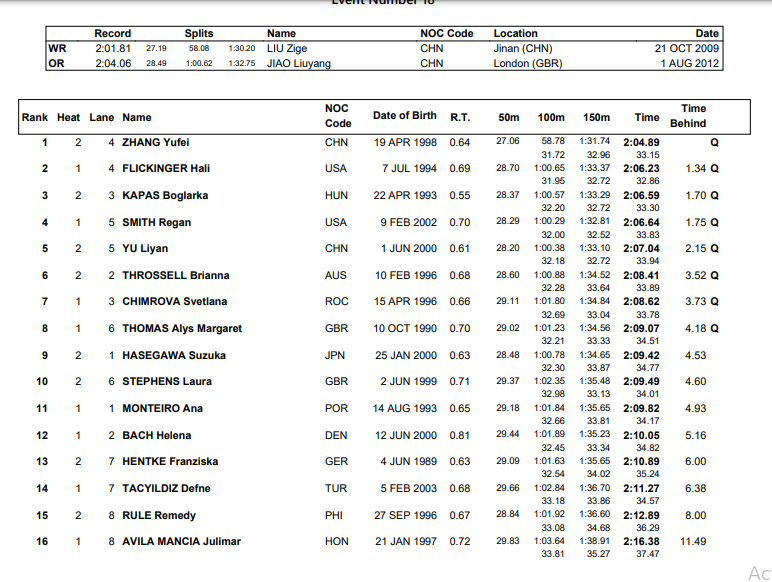 Remedy Rule finished last in Heat 3 of the women’s 200 Butterfly, clocking 2:12.23, just over 2 seconds away from her national record.  She finished 15 of 16 entries. Initially, there were 17 starters, but one didn’t start. So a semis was scheduled which will take place tomorrow.

In the 100 Freestyle Fil-Kiwi swimmer Luke Gebbie the SEA Games bronze medalist in the 50 FreeStyle, clocked a new national record of 49.64, surpassing his 49.94 from the 2019 FINA World Champs.

As the swimming started at the Tokyo Olympics. Fil-am Remedy Rule finished 2nd in her heat of the 100m Butterfly. However, she was not able to pass the heats with a time of 59.68, placing 2nd.  Finishing behind E. Walshe of Ireland, who clocked 59.35. Rules mark was just outside her Philippine Record of 59.55.

Rule, who was the silver medallist at the SEA Games 200m Butterfly.

Was just outside the SEA Games Gold medal time in the 100 Butterfly of 59.62  by Quah Ting Wen of Singapore.

Ting Wen will be competing in her specialist FreeStyle Events in Tokyo.

The 25-year-old Rule finished 25th overall in the event.

The slowest of the qualifying times to the Semi-Finals was 58.08 by Australian Brianna Throssell.

So both Walshe and Rule both failed to qualify to the finals, being seeded in the slowest of all the heats.

Her mother hails from Quezon City. And she is a student at the University of Texas.

The rule is scheduled to compete in her specialty 200 Butterfly event on July 27. The rule also holds the record in this event at 2:09.58

Philippines Swimming B Standards TOKYO OLYMPICS (as of 26.02.21) 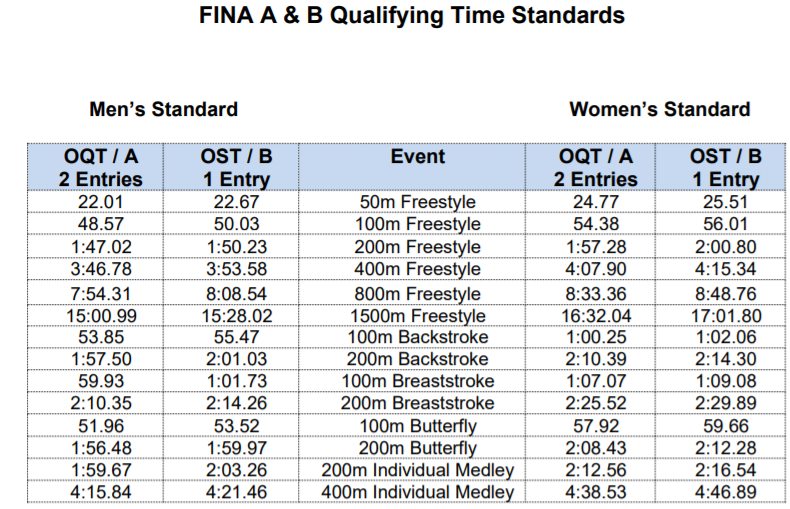