In the Philippines, he helped form the National Collegiate Athletic Association (NCAA) in 1925. He later served as a national sports director from 1927 to 1960.

The first Filipino to receive a physical education degree from the United States was Regino Ylanan in 1930. And became a surgeon and a medical doctor by training (Gems, 2016, p. 155).

At age 30, he was appointed head of physical education at the University of the Philippines. The country’s first and most prestigious university. And was a long-standing secretary-treasurer for the Philippine Amateur Athletic Federation; a forerunner to the national Olympic committee.

He coached David Nepomuceno, the country’s first Olympian, in 1928

And was the Filipino head of delegation for the 1936 Berlin Olympics.

Above all, Ylanan helped develop sports in the Philippines, focusing on Western sports such as baseball, basketball, and track, and field. He also developed a national sports program and assisted in building the Rizal Memorial Sports Complex. In addition to writing several works on sport, including a book that was posthumously published. 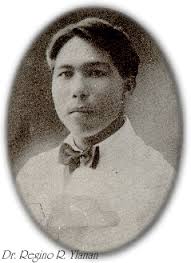 And played baseball for the institution as a catcher.

He continued to play the sport while studying to be a doctor at the University of the Philippines College of Medicine.

Reaching his twenties, he enjoyed his first experience of high-level sport in 1911 when he was named to the all-Filipino national baseball team as a centerfielder. Despite his early baseball success. First of all, It was in track and field that Ylanan made his impact as an athlete.

Regino Ylanan was selected to represent the Philippines at the inaugural Far Eastern Championship Games in 1913 in the athletics competition.

He became the best performer at the event and a significant contributor to the Philippines winning the athletics championship when he won his third athletics gold medal in the pentathlon.

He returned for the 1915 Games in Shanghai while still a student and successfully defended his shot put title with an improved throw of 10.91 m (35 ft 9 12).

Ylanan didn’t have the same level of success as his first outing, but he did make the podium with a bronze in the pentathlon.

Genaro Saavedra led the charge this time, winning a total of four gold medals, as the Philippines won the championship title for the second time.

As a catcher for the Filipino baseball team at the 1917 Far Eastern Championship Games, Ylanan also participated in the competition one more time.

After his athletic career, he concentrated on his studies and earned his doctor of medical degree from the University of the Philippines in 1918. He practiced as a surgeon at the Philippine General Hospital. But ultimately, his interest lay in sports.

The national bureau of education sent him to Springfield College in Massachusetts, and he graduated from the American school. With a degree in physical education in 1920, his thesis was “The relation of Exercise to Growth and Development.” This made him the first Filipino to earn the qualification.

His career in sports administration was greatly accelerated by this experience. In the same year, he was also named the University of the Philippines’ director of physical education. For seven years, he served as the university department’s director. Western sports were becoming increasingly popular during the period of American influence.

At the Far Eastern Championship Games in 1921 and 1923, he served as the team’s head coach, leading the Filipino baseball squad to both victories.

Additionally, the American-educated Ylanan promoted the growth of these sports.
At the 1924 Paris Olympics, David Nepomuceno, a sprinter, became the first-ever Filipino Olympian under his coaching.

That year, he also contributed to the formation of the National Collegiate Athletic Association.
Being one of the seven founding colleges of the national sports league and representing the University of the Philippines had a significant impact on how sports developed in the Philippines.

Ylanan headed the Filipino delegation for the 1925 Far Eastern Championship Games in Manila.

He started publishing written works on the subject of sport around this time. Including a 1926 summary of proper running form and technique in the Philippine Education Magazine.

In 1927 Regino Ylanan was promoted to the position of national athletic director and also the position of secretary-treasurer for the Philippine Amateur Athletic Federation (PAAF). The country’s leading sports organization. Which he held until 1960.

Working alongside Jorge B. Vargas, the organization’s president. His achievements during his tenure included a ten-year national plan for athletic centers to train youths.

And the building of the Rizal Memorial Sports Complex on the old Manila Carnival grounds.

As the main stadium for the 1934 Far Eastern Championship Games. Which was the tenth and final edition of the competition.

He was the chief medic for the 1928 Olympic Philippines team. And then the head of the national delegation at the 1936 Berlin Olympics. Where Miguel White won the country’s second-ever and last Olympic athletics medal in the hurdles.

Soon after, regional sporting competition decreased as a result of the Second Sino-Japanese War, which broke out in 1937. He continued to be a leading figure in national sports; in roles as a writer, administrator, and physician.

He documented the continued rise of basketball in the Philippines in the 1940s. As well as the development of baseball in the country on which he remarked that it

“seemed to fill a long-felt want with the Filipino.

He worked on a book, The History, and Development of Physical Education and Sports in the Philippines.  Regino Ylanan died of a heart attack in late August 23 1963 at the age of 74 before he could complete it (Geni, 2022).

However, His wife Carmen Wilson Ylanan finished the work, and it was published in 1965. Carmen followed in 1974 with a second edition that included additions.

Gems, G.R. (2016) Sports and the American Occupation of the Philippines: Bats, Balls, and Bayonets.

Ylanan, R. (1974) The History and Development of Physical Education and Sports in the Philippines.