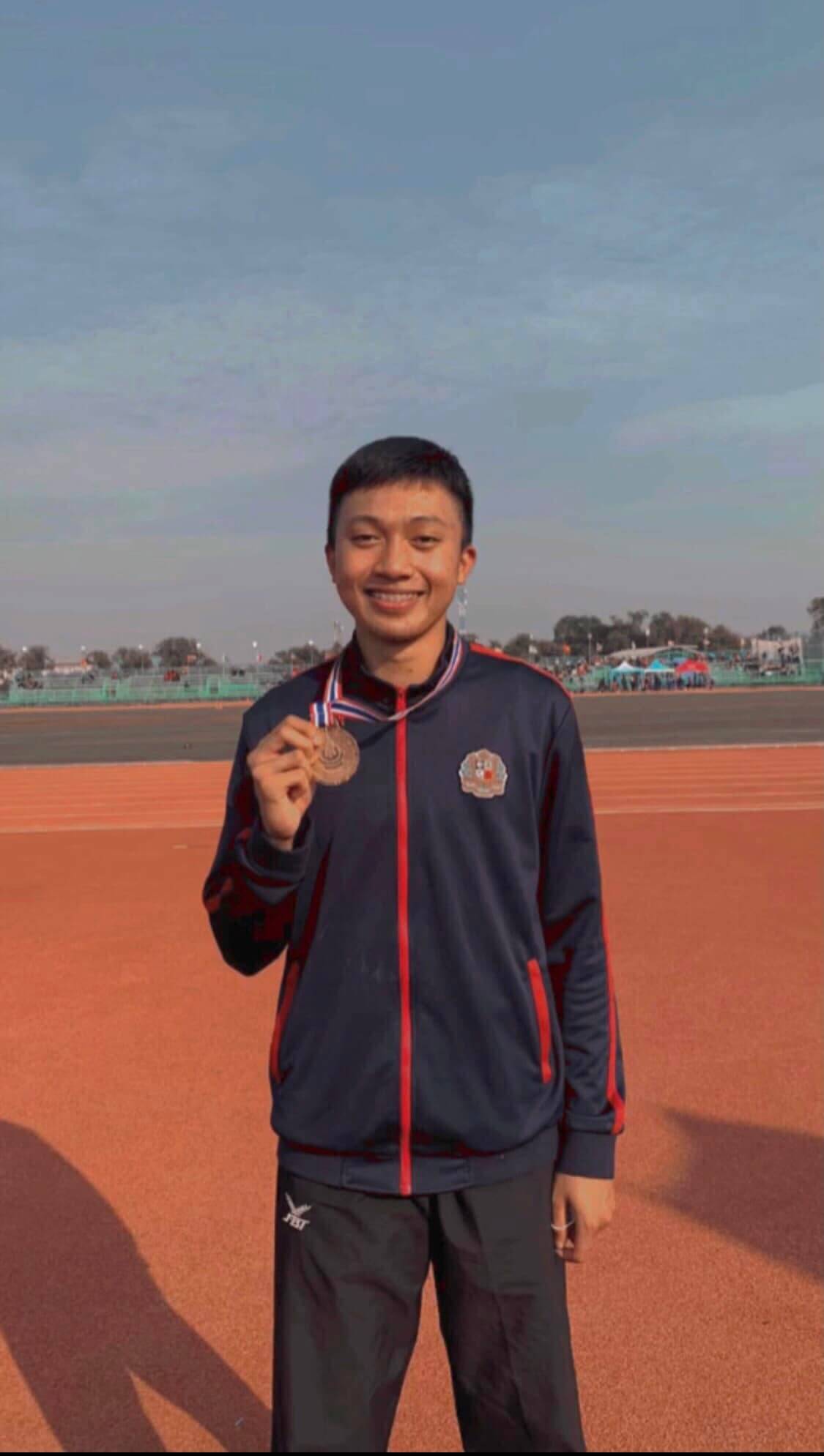 Again the Thai Super Kid lowers his SEA Record to 20.37. After 20.41 in this morning’s heats. The youngest 200m Champion in SEA Games History.

Puripol Boonson the Thai Super Kid broke the SEA/SEA Games and Thai National Record with a mark of 20.41 to comfortably rule the first heat of the SEA Games Men’s 200m. Albeit Boonson who is the hottest thing in SEA Athletics and the Thai new crop of faces is just 16 years of age born in 2006.

His mark is just outside the 20.33 world age grade record for 16-year-olds set by none other than American Erriyon Knighton.

Asia’s Usain Bolt however seems like a happy kid at ease with his much older opponents at the regional level.

Puriphon Boonsorn proved he was no fluke after he clocked 10.24 last year one month before turning 16 in December. The mark subject to ratification wind reading etc is a new world age grade record for 16-year-olds .01 faster than 10.20 (+2.0) by Anthony Schwartz of the USA.

Subject to wind reading. 16-year-old Puriphon Boonsorn has clocked 10.19 to win the Thai National Games and broken the long-standing national Men’s record of Thailand of Reanchai Seehawong set in the semi-finals of the 1998 Asian Games in Bangkok, where Seehawong took silver to the Great Koji Ito of Japan.

Puriphon Boonsorn had earlier topped the heats with a 10.31 effort besting all the senior men of Thailand including the 2019 SEA Games medalists in the 100 and 200.

Puriphon Boonsorn 15 Year Old Thai 10.24 and 20.70! ratified by Asian Athletics showing the Strength of Regional Development in Athletics in Thailand.

Puriphon Boonsorn is 15 years old born on Jan 13, 2006. The results will be passed onto World Athletics which puts Puriphon Boonsorn at the top in the 2021 SEA Rankings against the open men.
Puriphon Boonsorn 200 times is faster than the 10.36 and 20.71 winning times at the 2019 SEA Games. And it’s just .01 seconds away from the SEA Games Record of 20.69 set by Thai Reanchai Seehawong set at the 1999 SEA Games.
This is evidence of Thailand’s very strong regionalized system (not relying on a centralized program). Where during the pandemic it could still continue with training and holding events in less-affected regions. Which allows it to continue finding and producing talent very efficiently.

15-Year-Old Puriphon Boonsorn has had an incredible run stopping the clock at 10.24 (+1.1). Puriphon Boonsorn is perhaps the best junior find ever for the Thai hails from Samut Prakan province in Central Thailand.

It is also the fastest time in South East Asia even among the Men for 2021 it beats the 10.26 time of Lalu Zohri of Indonesia. The World Junior Champion from 2018 was also a very fast junior before in his own right. With 19-year-old Marc Louis Brian of Singapore occupying the third spot in 10.39.

It proves to be a very interesting SEA Games 2022 with Puriphon Boonsorn being hinted to be invited to the Thailand National training camp. Puriphon Boonsorn time at the Thai Nationals on December 21 is even a lot faster than the winner of the Mens which was clocked at 10.57 in Bangkok.

A New Thai Junior Record
A New Thai Youth Record
Just .01 off the National Record of 10.23 set by Reanchai Seehawong 23 years ago in the 1998 Asian Games in Bangkok

In conclusion with the likes of outstanding age-grade athletes such as Zohri (Indonesia), Azeem (Malaysia), Louis Brian (Singapore), and now Puripol Boonson (Thailand). It makes us think we may actually have the genetics and talent in South East Asia and we just need to look harder for it.

Puripol Boonson time was the fastest time in South East Asia even ahead of Australian Based Russell Taib of Malaysia 20.89.

It was also faster than the 21.0-21.1 winning time of the Open Mens 200m at the Thai National Championships on Dec 23 in Bangkok.

Here are the stats

I ran the 200m Video through Kinnovea software 200m time is quite Legit. 100m video doesn’t have a clear enough view of finish for me to counter check time.

I also had a discussion with Top sprint coach Loren Seagrave who was coaching in Thailand before about the guy, and the kid is the real deal accordingly.

Here is a link to the results from the Thailand Athletics Website. The Thailand Nationals in Bangkok was Dec 21-24. Im sure the IAAF will review the times soon. As the event is just finished.