Muros attended her first SEA Games in 1981 at the age of 14. One of the youngest ever competitors in the Philippines Track and Field.

She won her first gold medal in the Long Jump at the age of 16. She has the most individual medals in Track and Field, tied equally with Jennifer Tin Lay of Myanmar. These gold medals were won over a long period of 18 years, from 1983 to 2001.

These achievements included eight long jump titles, the sprint 100-200 double at the 1995 SEA Games, wins in Hurdles events, and two titles in the Heptathlon.

Elma is now the women’s coach at the University of the Philippines. She holds the Philippines Track and Field Records in the Heptathlon and 400 Hurdles.

While she exceeded Elma at the Asian level, having won golds, Elma would only manage Bronze. Lydia was not as consistent at the SEA Level for the Philippines Track and Field.

Like Elma, she started young at the SEA Games, playing her first SEA Games in 1979 at age 15.

Her first set of gold came as a 17-year-old in Manila, winning the 200 400. Earlier on, Lydia even won the long jump title once.

She would then go on to win several titles by then focusing on the 100 and 200.

Now living in Singapore as a coach De Vega still holds the Philippines Track and Field Records in the 100 and 200m Dash.

Interestingly  Philippines Track and Field, even until now, has never won a title in both women’s relays.

Hailing from Baguio at 18 years old was already an Asian Games Bronze medalist before he even won his first gold at the SEA Games level for Philippines Track and Field.

Begeo would set a legacy of Filipino Steeple Chasing carried on by Buenavista, Herrera, and Ulboc.

Like De Vega and Muros was a product of the Legendary Gintong Alay Program of Michael Keon and a protege of Australian Coach Tony Benson.

Hector would win 6 of the 8 SEA Games titles in the Men’s Steeple Chase and one in the 5000m.

The best of all the Fil-Heritage athletes to compete at the SEA Games.

And the Greatest 400m Hurdler in SEA Games History.

Cray in his first SEA Games in Myanmar in 2013. Cray broke a 28-year medal drought in the 400 Hurdles, becoming the 4th Filipino to win this title.

In 2015 in Singapore, Eric not only defended his SEA Games title.

.He also broke the SEA Games Record in 400 Hurdles with a 49.40 run. In addition, Eric also became the first Filipino male to win the gold and any medal in the 100 Meter Dash.

In the 2017 SEA Games, Cray defended his 400 Hurdles narrowly over Vietnam’s Quach Cong Lich. But due to a rather strict schedule lost his 100m title to Khairul Jantan of Malaysia.

In 2019 now at the age of 31, Eric was surprisingly disqualified in the 100m due to the events official background music disturbing his start.

Eric was expected to struggle to defend his 400 Hurdle title. Instead, he won it convincingly as his younger opponents started to fade in the race’s last 80 meters. Clocking a season’s best of 50.21 marked the first time he had not broken 50 secs for a year. Eric also helped the Mixed 4×100 Relay to the gold as well.

Eric went on to make it 5 in a row at SEA Games in 400 Hurdles something very few SEA Games Champions have achieved and he did it all by the age of 32.

One of the heirs of Begeo was the Guimaras native Herrera, who spent most of his athletic career training in Baguio under the watch of master coach ‘Super’ Mario Castro.

Rene would win a streak of 5 straight titles from 2003 to 2011 in the Steeple Chase. Before being succeeded by Christopher Ulboc.

While still an athlete, Herrera guided Jessa Mangsat to a then Philippines Track and Field Record in the Women’s Steeple Chase; he is formally a national coach. 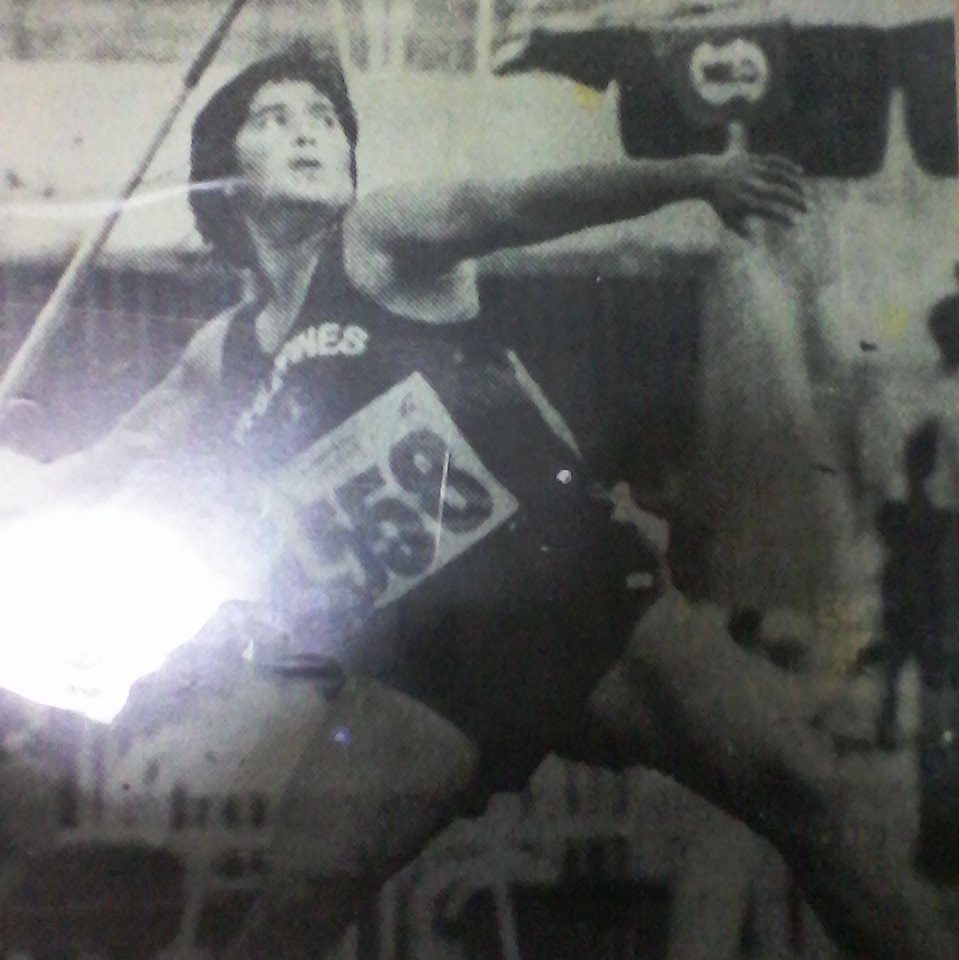 Although he performed with further merit at the Asian level. Del Prado would also pick up 3 400m titles and an 800m title at the SEA Games.

He had a great rivalry with Malaysian Sprinter Mohamed Nordin Jadi, who got better in two SEA Games before regaining in 1989.

Del Prado, a retired policeman, was formerly the national head coach before taking up the head coaching role for Brunei Athletics. 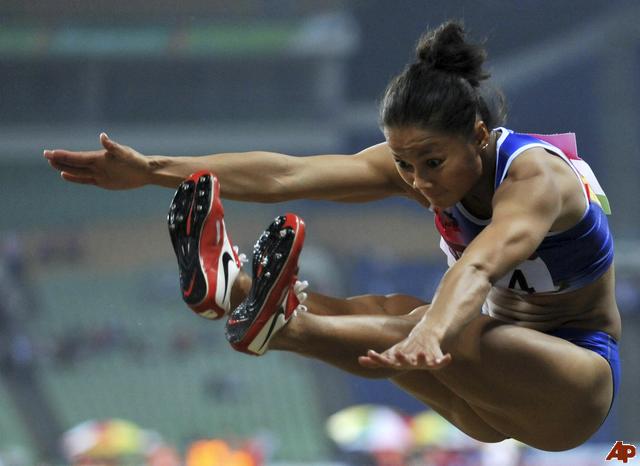 From Negros near Dumaguete, Marestella Torres would emerge in the tradition of De Vega, Muros, and Lerma Gabito as the fourth woman in an exemplary lineage of women’s long jumpers.

Torres succeeded Lerma as the SEA Games champion after being silver in 2003.

In 2011 she leaped an impressive 6.71m, a southeast Asian and SEA Games meet record.

Torres even went as far as to win the Asian title in one year.

6.71m made her a legitimate qualifier for the 2012 London Olympics; Torres had been sent to Beijing in 2008 as a wild card entry.

Torres left athletics and missed out on the 2013 SEA Games to give birth to her son. However, she returned and was able to pick up a bronze medal in the 2015 SEA Games in Singapore at 34. 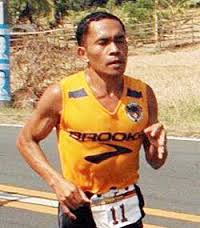 Buenavista won the 5000m in Manila in 2005; he was controversially disqualified for alleged excessive arm contact with Thai Boonthung in the 10000m after winning the race.

Hailing from Cotobato, he was also trained by the legendary ‘Super’ Mario Castro and spent most of his career in Baguio and the road races.

After missing the Marathon qualification in the 2013 SEA Games, Buenavista came out in 2015 with the fastest time he had run in several years and a SEA leading time.

He lined up at the age of 37 at the Singapore SEA Games but failed to finish due to food poisoning. 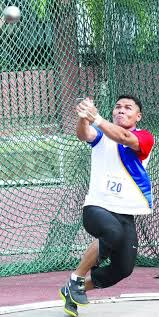 Also hailing from Negros, but this time Bacolod. Arniel Ferrera, at 20, was the bronze medalist in

2001. He went on to win titles from 2003 to  2009. Before conceding it to Tantiphong Phatchaiya of Thailand. Arniel was not able to land a medal at a higher-level meet.

He held the National Record until it was broken in 2015 by Fil-Heritage athlete Caleb Stuart. He still has the National Junior Record in the Hammer and Discus.

He came out of retirement in 2017 at the Malaysia SEA Games and captured a Bronze at 36.