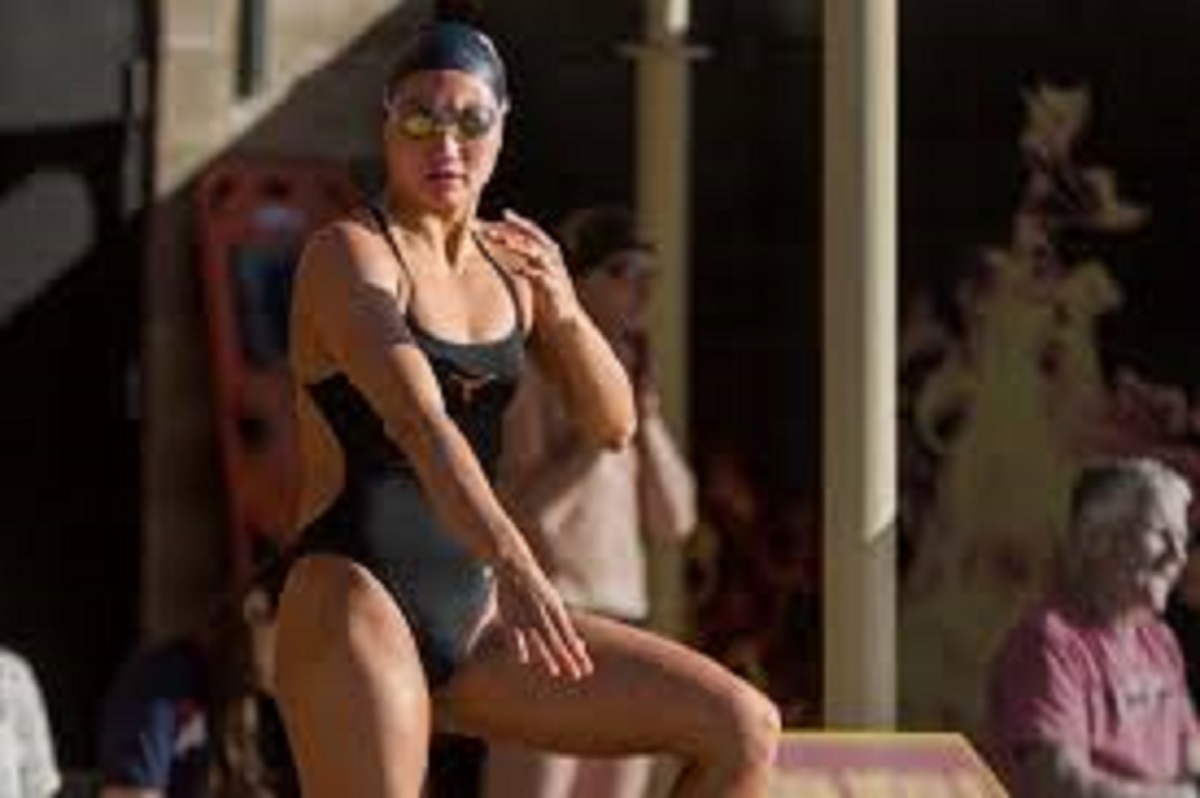 From the saving grace of PHI contingent in Southeast Asian Games to a non-entity in dire need of a lifesaver. That is the lamentable tale of PHI Swimming.

In 1989, PHI was predicted to amass 59 golds. Alas, it could only produce 26, a negative variance of 56%. Against the backdrop of the worst PHI standing then, fifth, swimmers Buhain and Thomson provided luster as they kicked in more than one-fifth of the PHI’s gold output. The duo’s share was the most among the nine sports which minted gold. The biggest shock was: basketball was not in the roster; the second time it was missing.

Buhain posted SEA Games and Philippine national records enroute to claiming three gold medals. Not to be outdone Thomson, not yet 15 then, equaled Buhain’s feat—three golds all in record times. And more….

Thomson outshone Buhain for she was declared Female Most Valuable Player of the 15th Southeast Asian Games. Buhain was not accorded the same accolade, an Asian Games record he rewrote, notwithstanding.

Then Philippine Olympic Committee president Jose Sering, perhaps in an effort to quiet the yells of debacle from some quarters declared, “We’ll come back fighting.” Then Project: Gintong Alay executive director Arturo Ilagan was more forthright. He said, “Philippines was now three years behind its regional rivals.”

Buhain helped big time in restoring Sering’s credibility and, in so doing, belied Ilagan’s observation two years back. In the 16th SEA Games dubbed as “Miracle of “91”, Buhain outsparkled his partner in the distaff side as this time he emerged as the male MVP of the SEA Games.

Thomson collared two gold medals and settled for two silvers while Buhain romped off with five (including one from relay). With additional golds from Leo Najera and Lee Patrick Concepcion, swimming’s total of nine golds was eclipsed only by wushu’s and shooting’s 10s.

In PHI’s maiden hosting of the SEA Games 10 years back during the heyday of the Gintong Alay, swimmer William “Billy” Wilson tallied 3-1-1 which was second only to bowling world champion Bong Coo’s 4-2-0.

In the 1978 Asian Games Asian Games, Coo reaped three of PHI’s 4 golds with swimmer Gerard Rosario snaffling the other gold in one of the bright moments of PHI Swimming in the Asiad. The previous edition saw Rosario tote a 0-2-3 output, the most outstanding among Filipino campaigners who aggregated 0-2-12.

Freestylist Jairulla Jaitula figured in one-third and one-twelfth of the 9-silver and 12-bronze harvest, respectively, in the 1970 edition of the continental meet. Another freestyle specialist Helen Elliot four years earlier shared five to PHI’s 15 silver medal haul. Boxer Ricardo Fortaleza saved PHI from a gold shutout in 1970.  Another boxer, Rodolfo Arpon, and discus thrower Josephine de la Viňa were the only 1974 gold medalists.

Table below shows PHI’s showing in the SEAG in the 21st century:

PHI Swimming’s best performance in this century was attained in 2007, when PHI sank to its lowest position, 6th, for the first time since her debut in 1977. Close to 20% of PHI’s 41 golds was contributed by our swimmers that finished as runners-up to the Singaporeans.

Miguel Molina uncorked the biggest consolation to PHI delegation. His four gold medals thrusted him to the title of Most Valuable Player of the 2007 SEA Games. Ryan Arabejo pitched in three golds in a stellar supporting role.

Molina was the third Filipino to capture the SEA Games top award. Akiko Thomson and Eric Buhain churned their way to same award in 1989 and 1991 SEA Games. No other Filipino, outside of these three swimmers, has come close to be heralded SEA Games MVP.

PHI Swimming’s best bettered its 3rd place finish in the 2005 SEAG the PHI hosted for the third time and dominated first ever. Molina grabbed 3 golds with the other MM (Miguel Mendoza) snared one. Adding the five from diving (three from Sheila Mae Perez), aquatics ranked 3rd in the PHI delegation comprising 38 sports. Only wushu with 11 golds and athletics with 9 also but had more silvers clung to the higher rungs.

That proved to be PHI Swimming’s swan song. Measly two years hence, it was downhill all the way, driving one to pine for the good ol’ days—at least for PHI swimming.

It took a Fil-American during the 30th SEA Games 2019 to resuscitate PHI swimming after a gold-medal less campaign in four SEAG editions from 2011. James Deiparine’s gilt in the 100m breaststroke, was an early Christmas gift wrapped with a new SEAG record and National standard. His gold topped his silver in the 50m breaststroke.

(Our only Olympic swimming medals—two bronzes—were clinched in 1928 and 1932 by the Ilocano Shark, Teofilo Yldefonso, in 200m breaststroke both ruled Yoshiyuki Tsurata. Yldefonso and Tsurata encountered each other anew a decade later. This instance in a real war, WWII. Both of them were serving as lieutenants in their respective armies.)

Buoying up the spirits of the members of the swimming community, let’s have a look at the tables below.

As they say, res ipsa loquitor.

In international/world hall of fames, only 11 Filipino athletes have been enshrined to date. Among them was swimmer Teofilo Yldefonso, “the father of modern breaststroke”. He was inducted in 2010 under the pioneer swimmer category following his inclusion in the inaugural batch of honorees of the Philippine Sports Hall of Fame (PSHOF).

Forty-seven athletes have so far found a niche in the PSHOF, including a “Magnificent 7” of PHI Swimming:

Will 2022 be full of surprises? Hanoi SEA Games and Hangzhou Asian Games, and possibly, Birmingham World Games—here comes PHI Swimming all-out to relive its old glory with overwhelming majority of homegrown talents in the U.S. of A.

What are Aquatic Events 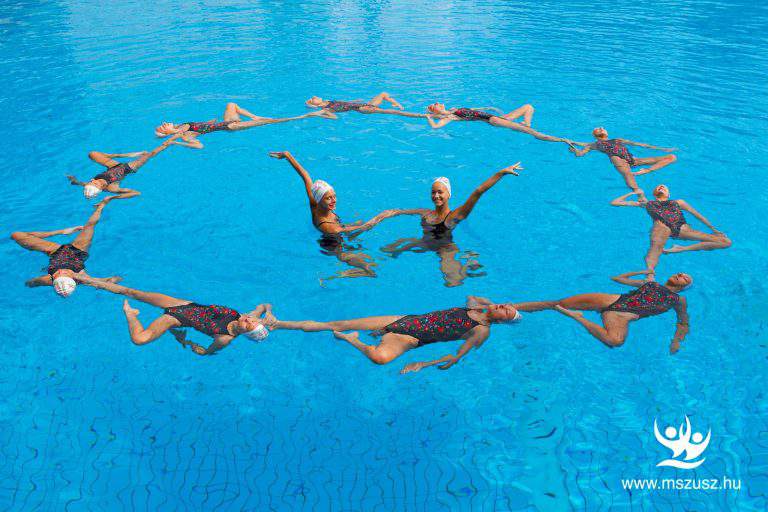 Provided a list of those who passed bronze and also SEA Rankings for Swimming 2019.

Provided a list of those who passed bronze and also SEA Rankings for Swimming 2019.

All in all, we broke 19 meet records. Based on these results. This is at a guess 90-95% of the full results. Kindly provided to me by a swimming enthusiast. What makes the performances more remarkable is the pool was freezing at the Baguio. Making it less than ideal for athletes to swim to the best of their ability.

For Updated Meet Records of Batang Pinoy in Swimming

For news on Swimming, including Philippine Swimming 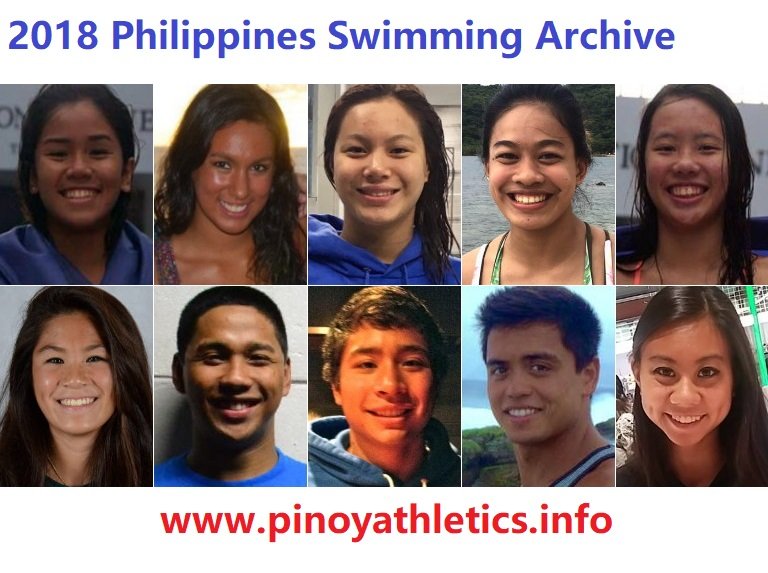 As promised after the Asian Games. How the landscape of southeast Asian Swimming is looking.

We have not included the 2018 SEA Youth and 2018 ASEAN School Games Results. Or other meets not sanctioned by FINA. These Rankings represent an assortment of competitions from January 1, 2018, to August 19, 2018. Andrew Pirie compiles them, and ATFS Statistician is better known for his Track and Field Stats work.

Blue Highlight is for Filipino athletes ranked but have not achieved a SEA Games Bronze Medal mark.

Email any corrections to [email protected]

Making it to the Finals from the Philippines was Timothy Yen in the Men’s 100m Breaststroke, Christina Miranda Renner in the B Final of the Women’s breaststroke, Nicole Oliva 200m Free B Final,  the and the Mixed 4×100 Medley Relay.

Absolutely we will apply no Short Course times.

Please send updates or results for consideration to [email protected] Part 2 will be issued at the end of May or June.

Swimming Rankings from Jan 1 to Apr 30. The Following Meets have been included.

This was on October 24-25 at Marikina Sports Complex. Straight Final of 8, 2 from each team.

This was on October 24-25 at Marikina Sports Complex. Straight Final of 8, 2 from each team.

(*results from earlier in the year)

Swimming: Hall moves up to #1 in South East Asia

Fil-Heritage swimmer Joshua Hall swam 1:03.28 in the 100 Breaststroke at the recent MN Twin Jump to June in Minneapolis, Minnesota. Most Noteworthy is that the 23-year-old was the bronze medievalist at the 2013 SEA Games in this event. Furthermore, he now moves to #1 in South East Asia for the 2014 Rankings.

*Please note that the SEA Youth Championships are in progress, and we will be updating this list soon.

While his time was slightly better than his 1:03.32 bronze effort in Myanmar last year, the Performance gives Hall the standard of bronze medal sea games.

Meanwhile, Hall may be promoted to a silver medal as his opponent Indra Gunawan (INA) announced a two-year doping ban.

Singapore’s TeenagerJoseph Schooling leads a team of mighty swimmers to the 2015 SEA Games.

2014 Sea Swimming. Below is the complete ranking list of southeast Asian Swimming for 2014. Only LC results have been included.

Singapore’s TeenagerJoseph Schooling leads a team of mighty swimmers to the 2015 SEA Games.

2014 Sea Swimming. Below is the complete ranking list of southeast Asian Swimming for 2014. Only LC results have been included.

For a fascinating article with calculations and summaries on the current swimmers available, please read here

You can also view previous ranking lists below

This is the final ranking list for 2013 South East Asia Swimming Mens and Womens. I have only included all Long Course competitions the athletes have competed in; short course conversions have been listed separately with *.