He was leading the group JOAN MASANGKAY, JEREMY REIGN BAUTISTA, JASMINE MARTIN, AND REGIE RAMIREZ. This is his fifth WORLD POWERLIFTING CHAMPIONSHIP appearance. 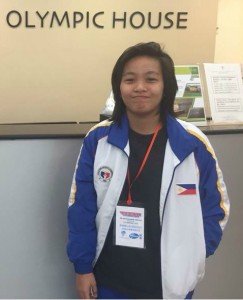 OUR VERY OWN FILIPINO WHO QUALIFIED FOR THE WORLD POWERLIFTING CHAMPIONSHIP

We are pleased to inform you of the success of young P.H… powerlifters in the World Championships. Below are the details:

Joan posted a massive lead over Bovkun Mariya of Kazakhstan for the Total bronze in the 43kg class, which USA’s Mitchell Ashley won. Who shattered the world record in the Total & Deadlift. Interestingly, the gold & silver medalists will be over-age for Sub-Juniors next year, while Joan will still have another year in the Sub-Juniors.

In the 47kg class, Reign bested lifters from Ukraine, Kazakhstan, Romania, and Japan to give it to USA’s LaChapelle Taylor, who smashed two world records. Reign has only been lifting a little more than a year, so she has a huge potential to get stronger next year.

Jasmine beat lifters from Russia, Ukraine & Japan to get the Deadlift silver, just behind Hudson Allegra of the USA. The gold medalist in the Total was Primakova Irina of Russia.

Regie had to overcome lifters from the USA, Russia, Japan & Kyrgyzstan to get the deadlift silver but was beaten by another lifter from Kyrgyzstan, Alymbek uulu Azamat, who is in his last year in the Juniors. However, Regie can still compete as a Junior next year.

Attached are pictures of Joan, Reign, Jasmine’s awarding ceremonies, and the deadlift action picture of Regie.

*  N.B… this is an article from a few months ago. I was just digging through my drafts and found this.

The ‘Powerlifting Association of the Philippines’ had ‘Dew Foam National Bench Press Championships at Robinson’s Place Mall, in Antipolo.

This was my first time participating in this meeting. Although my Bench Press PR is 109kg in practice, I opted for 82.5kg as there are many rules to observe.

Such as Can’t lift butt off the bench, can’t lift feet off the floor, three commands each with around two-second pauses (Down, Press, and Rack). You get three lifts. I was competing in the -66kg category weighing in at 64.9kg. I warmed up and then chose 82.5kg as this was a manageable weight. The problem came not with the weight but with getting used to the commands; it wasn’t a smooth press on the first attempt as the right elbow dropped slightly. Then on my second attempt, I racked it while the command was on the rack, which also saw red flags.

The Commentator then gave me encouragement on the third lift saying, “Will he lift this or bomb out of the competition” luckily, the third attempt at 82.5kg was successful and gave me Gold in the Novice and Bronze overall in my weight class. 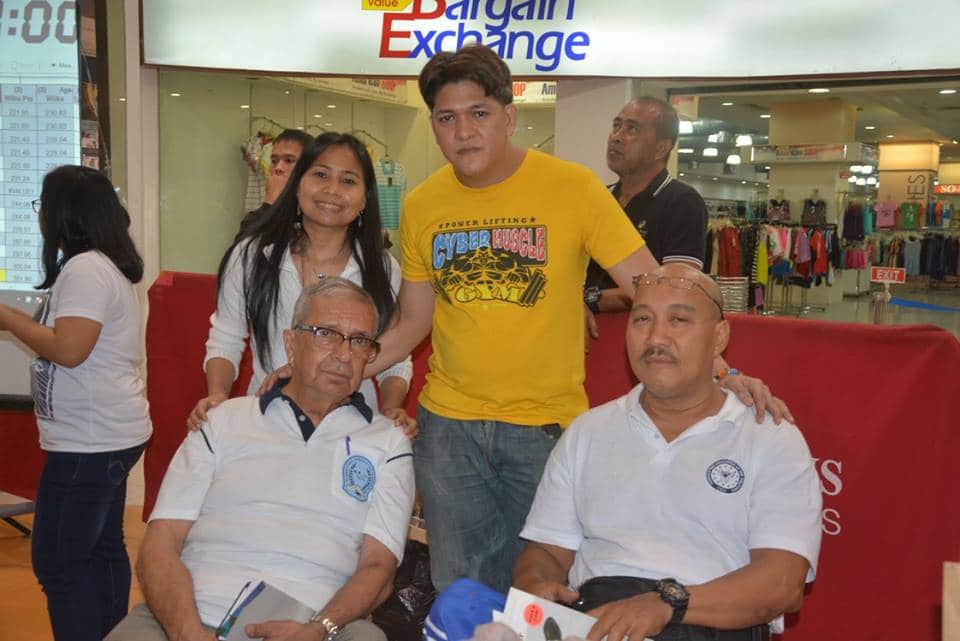 The Best of the best Powerlifters in our land will meet at the 2017 PHILIPPINE NATIONAL BENCH PRESS CHAMPIONSHIPS at Robinson’s Metro East mall Marikina City. This February 26, Sunday, is also a qualifying round for the 2017 ASIAN BENCH PRESS CHAMPIONSHIPS. Which be held here in Great Eastern Hotel Quezon Avenue Quezon City, PAP (Powerlifting Association of the Philippines) Powerlifting Philippines

Powerlifting Philippines In the pictures, you will see the different respected gym teams:

1. CYBER MUSCLE GYM  TEAM – In the picture, you will see on the left side MIA

MASANGKAY, RIZALINA ARTIZUELA, next to her is our World Powerlifting Record Holder JOAN MASANGKAY, at the center Coach CIRILO DAYAO beside him, His son two time Gold medalist CIRILO 111  DAYAO, next to him is Official Photographer RAFAEL “BOY’ GOZUM JR., sitting at the left side Multi-Philippine National Record Holder JESSA MAE TABUAN, next seated beside her 2 Time Best Lifter award JOSE 111 DAYAO, next is Former street children IVAN ACE FLORES now he is also hold’s a New Philippine National Record, & Gold medalist Janna made Tabuan

6. OFFICIAL OF PAP At the center, Coach CIRILO DAYAO  of CYBER MUSCLE GYM
TEAM  & PAP Board of Director’s his left side EVELYN ROMA- Tournament Director of last event 2017 5 IN 1 POWERLIFTING CHAMPIONSHIPS, next to her is Auditor of PAP ASPI CALAGOPI, & on the right side PAP Head official RAMON DEBUQUErlifting the Philippines