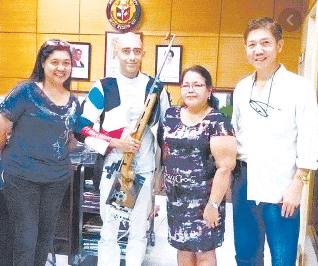 India has done reasonably well in the quadrennial continental event, only twice finishing outside the top eight since hosting the first Asiad in 1951

Above all, It will be banking largely on its shooters, wrestlers, and boxers to deliver gold at the Asian Games in Indonesia to better the 57-medal mark they achieved in Incheon four years ago.

In conclusion, India, who struggle at the Olympics despite their population, have done reasonably well in the quadrennial continental event, only twice finishing outside the top eight since hosting the first Asiad in 1951.

In addition, they won at least 10 golds in each of the last four games. And the August 18-September 2 multi-sports competition. It will be a timely indicator ahead of the Tokyo Olympics in 2020. “India was ranked eighth in the last Asian Games and every effort has been made… to ensure we win more medals this time and improve our overall standings,” Indian Olympic Association President Narinder Batra said at a farewell for the athletes.

In addition spearheading India’s golden pursuit will be the shooters, who topped the medal tally in this year’s Mexico World Cup, finishing ahead of the United States and China and be headlined by a trio of talented teenagers.

However, Anish Bhanwala, 15, became India’s youngest Commonwealth Games gold medallist when he won the men’s 25m rapid fire pistol, snatching the honor from 16-year-old Manu Bhaker who had won the women’s 10m air rifle finals on the Gold Coast barely a week before.

Below are some details on the new shooting event

I bumped into my old friend Miguel ‘Tajuelo’ Rodriguez, he is a Spanish Coach who has now moved from Manila to Cebu. Miguel is helping build a grass-roots program for Kids Shooting. At the Batang Pinoy, I ran into him and he showed me the rifles he was making and teaching kids how to be good future stars.

Above all Miguel also mentioned to me earlier about a Biathlon event. If anyone is interested in joining and training for this event. Especially if you are based in Cebu City. You can contact Miguel below. Miguel lives in Cebu City so they can coach athletes in this area.

For instance, he is looking for athletes to compete in the Biathlon a new event. This involves shooting a rifle 5 times and then running a 400m this is repeated three times. In particular, this would be suitable for kids who are 12-14 years old who are already 800m and 1500m runners. Who wants to learn how to shoot. It doesn’t mean they are changing sport but it is presenting them the opportunity to join a new event that a lot of other countries are not yet joining.

In conclusion, if your just an average 800 – 1500m runner here is the chance to be a Biathlon Champion or even an Olympian in Shooting one day.

More Information on the event