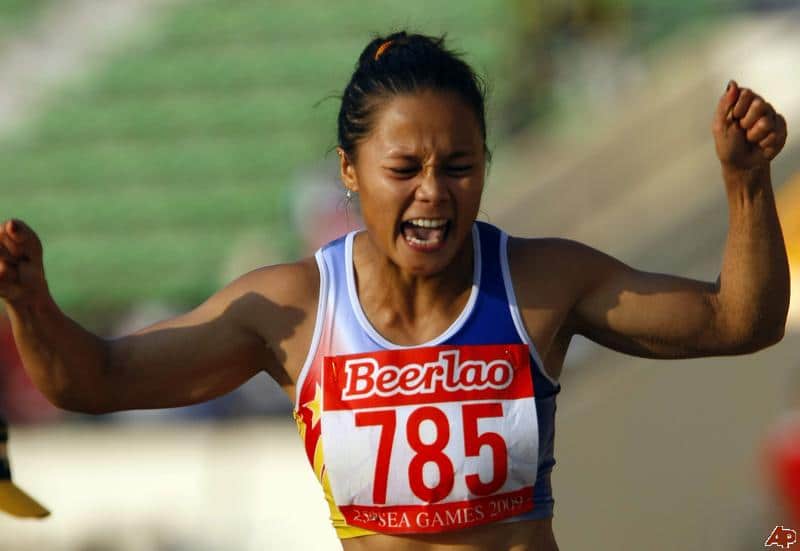 The Philippine Amateur Track and Field Association (Patafa) is sending 17 of its athletes to Hong Kong as part of their preparation of this year’s Southeast Asian Games (SEAG). PATAFA told Sports Radio the decision to send 17 athletes to a 6 to 7 weeks training camp and two international tournaments in Hong Kong were finalized during Patafa’s meeting with Hong Kong Athletic Association chairman Kuan Kee last week.

Patafa earlier planned to send the athletes to Australia but opted for the Hong Kong training. Long jumper Marestela Torres-Sunang and hurdler Patrick Unso, will lead the Hong Kong-bound delegation which also includes Katherine Khay Santos, Miko del Prado, Jomar Udtohan, Clinton Bautista, and Anfernee Lopena. They will be accompanied by coaches Jojo Posadas and Jeoffrey Chua. Sunang currently holds the SEA Games record of 6.71 meters she established in Palembang, Indonesia in 2011. In the same tournament, Unso set a new Games record of 14.58 seconds in the 110-meter hurdles.

(All of the above names not surprising Guessing Agravante is the replacement for Poliquit. As Agravante was the surprise winner of the Milo Marathon last year).

Most of the athletes won medals in the recently-held Philippine Open International Track and Field Championships hosted by Isabela province.

Pole vaulter Ernest John Obiena has already left for Italy to attend a training program under top-notch coach Vitaly Petrov of Ukraine. Petrov, who is running the Pole Vault Centre in the Italian town of Formia, has produced world champions Sergei Bubka of Ukraine, Yelena Isinbayeva of Russia. Petrov also coached Brazilian Fabiana Murer. Who won the gold medal in the 2011 World Championships in Daegu, South Korea, and the World Indoor Championships in Doha, Qatar in 2010.

The 21-year-old Obiena holds the national record of 5.55 meters. While in Italy, Obiena will compete in local tournaments to further enhance his skill against European pole vaulters. Obiena, whose father Emerson is a former Philippine pole vault icon. First trained under Petrov at the Spala Olympic Training Center in Warsaw, Poland in 2014. (PNA).