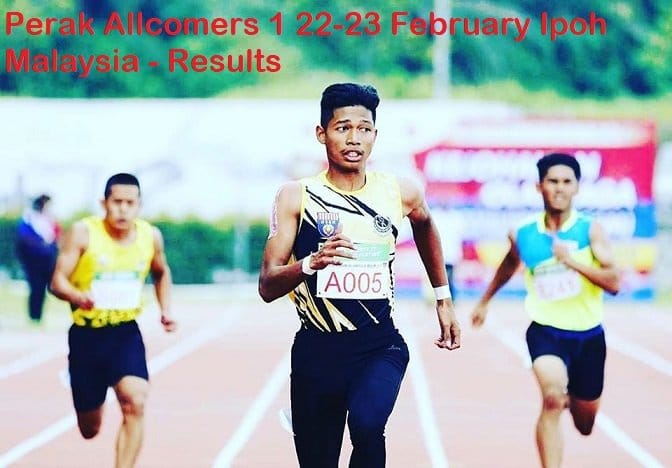 IPOH, Feb 22 — Secondary school student, Muhammad Azeem Mohd Fahmi who is hailed as Usain Bolt of Malaysia is not an exaggeration of his sprinting prowess as he continues to set new records.

The young national talent in his latest conquest smashed the men’s 200 meters record at the All-Comers 1 Athletics Champions at Perak Stadium here today in 21.04 seconds to crack the record of 21.44s set by G. Aravinn in 2016.

Muhammad Azeem who is representing Perak School Sports Council said he was not only thrilled with breaking the championship record, as he also improved his personal best of 21.15s set during the Thailand School Sports Championship (TSSG) in Khong Kaen, Thailand in August last year.

“I was just focusing on doing my best and did not expect to break the record and bettered my time.

“I am very delighted and grateful as this is the first championship I am running this year and in my home ground too. I am blessed,” he told Bernama here today.

At the Perak Allcomers at Lumut.

While Jonathan Nyepa took the 100m improving his seasons best to 10.48.

Also Nyepa a member of the 4×100 clocked a PB of 10.28 last year in Taipei he beat training partners Haiqal Hanafi and Badrul Manap.

. In preparation for the CommonwealthGames in a few weeks.

While in the Women’s 100m SEA Games Silver medalist Zulkifili clocked 11.90 to win the 100m unchallenged by more than a whole second, with second trailing way back in 12.92.

And the Long Jump winner was Andre Anuar whose PB of 7.51m was good enough to qualify him for the Asian Junior Championships in Gifu, Japan.

Some Highlights of the Meet Include the following who are now leading the SEA Rankings in 2019. 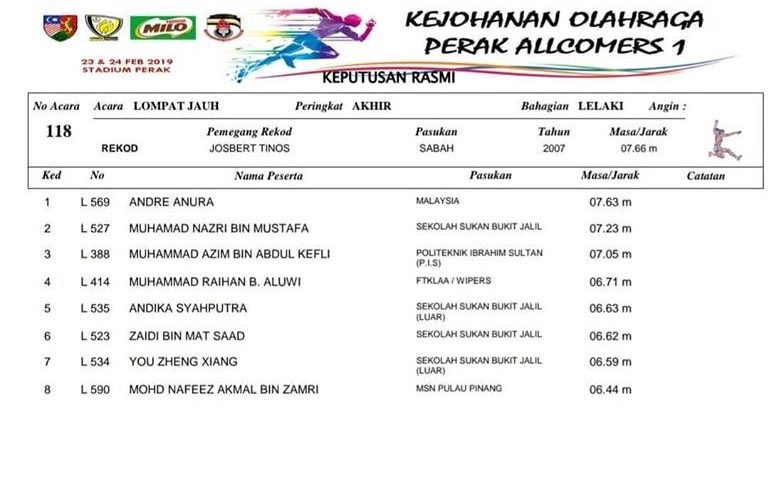 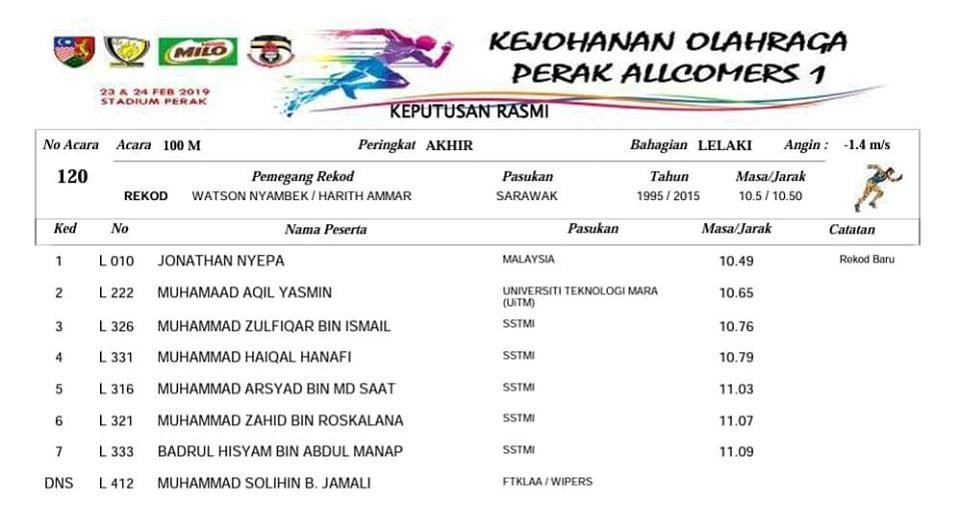