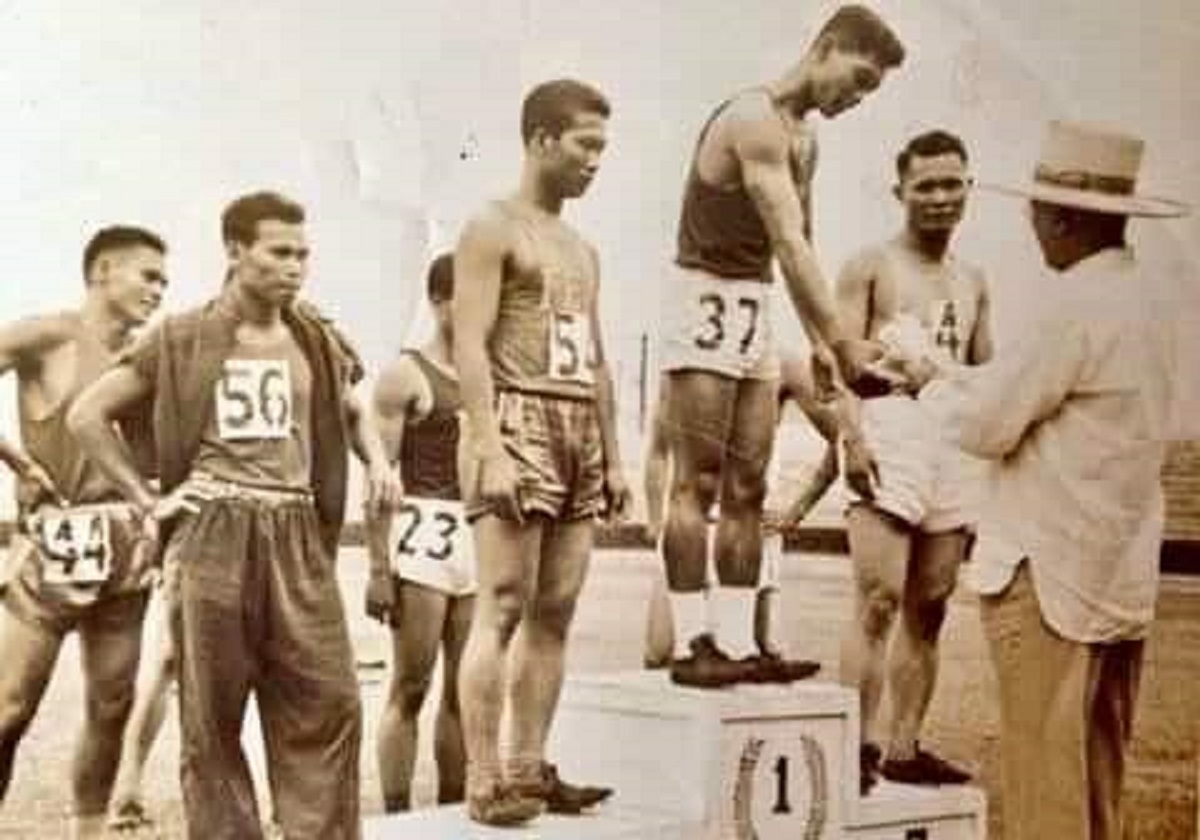 First Published May 28, 2015, by Pinoyathletics.info

Sharing a post and photo from Kimmy Subido Armas.  Congratulations to the Champs!!?My lolo Prof/Coach Pedro “Pete” Subido. Must be smiling and rejoicing from heaven for UP Track and Field’s current win and won the last titles under his coaching.

My aunt Florence Subido shared that Dr. George Canlas, one of Papa’s athletes. I reminisced the old days when they were asked to pull an old junk car as part of their Spartan training.

My Lola Celia Ablaza Subido adds that during training. Lolo Pete used to shine a flashlight to ensure his athletes continued to run even in the dark. This is also perhaps to let them know that he is still watching them. Years later, these actions that once seemed relentless tortured.

Became his athletes’ fond and treasured memories as they shared them with him at our home in Valenzuela St. UP Diliman. Dr. Gap Legaspi, now PGH Director, and his siblings were all Papa’s athletes.

As well brought together a celebration with food, drinks, and good company for Papa Pete during those days when he was still receiving chemotherapy. My Lola Eya recalls,

This win from his beloved university is surely a fitting gift for his upcoming birthday and death anniversary on Dec 4. I am sharing this pic of my solo Pete Subido during his younger and glorious days as a UP athlete and Track champion.

He would be better known as a competent member of the National Relay Squad in the 4×100 during the 1950s.

He won the Philippines a bronze medal in the 4x100m Relay behind Japan and Pakistan. Subido made the semi-finals of the Asian Games in the 200m clocked 22.4. However, he did not make the final as they only took 6. He was entered in but didn’t participate in the Men’s 100m Dash.

He was also a good 400 Hurdler and had to give way for younger athletes such as Bautista and Gomez in the short sprints by these games. He was entered in the 400 Hurdles but did not participate in conserving himself for the relay effort.

As a coach, Subido was tough. He would utter his trademark grunt when he wanted things done; his practice sessions were severe. Some star athletes did not survive his system, which included weight training sessions. He would say the ones who lasted through his sessions and won medals abroad were the real stars.

Subido died in Anaheim, California, on his 83rd birthday.

“He was a good friend and teammate but really strict with his teammates, which to me, was okay,” said Claro Pellosis, chief referee of the UAAP track meet, and a former national team mate.

*Please note this is a work in progress, and would appreciate any supplementary photos or data