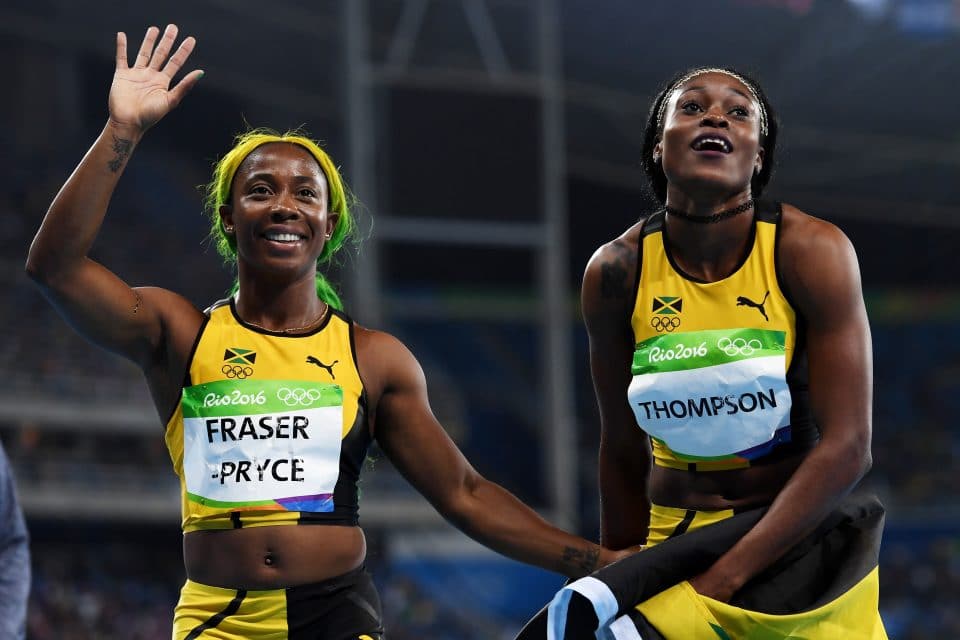 Lots of action in the Women’s

Womens 400m
Christine Mboma (BOT) 49.24 to 49.22 (will this world junior record be ratified, or does she have to wait till
World Juniors or African Champs

Womens 100 Hurdles
Some interesting stats from the 100 Hurdles Womens this week, which was the big change event

56 Slots would mean seven full heats of eight, then Semi-Finals and Finals.

That still leaves 25 slots wide-open, possibly for bonus slots for athletes who run slower than 11.15

Two Additional athletes Uibo and Del Ponte, have run under the standard outside the qualifying period, so if they repeat that performance, there will be 33 athletes of 56 Olympic qualified.

The Breakdown is as follows for Olympic Qualified

Ran after than 11.15 Outside Qualifying Period

Athletes Qualified for the USA

Knott out of qualifying yet

11.27 performance ranks Knott 27th in the world in 2020 or 20th if we consider three athletes per country, which could see Knott with a good chance of qualifying for the 200 meters. She started off her season with a 7.32 National Indoor Record in the 60 Meter Dash at the KMS Invite on January 24 in Birmingham, Alabama.

The Womens, 200 Meter qualifying, is wide open with 25 athletes qualified.

There are 4 additional athletes (3 athletes per country rule) who have hit the standard outside the qualifying period.

That still leaves 27 slots wide-open, possibly for bonus slots for athletes who run slower than 22.80.

The Breakdown is as follows.

Shaunae Miller-Uibo had the fastest qualifying time with 21.74 in 2019.

Ran after than 22.80 Outside Qualifying Period

Athletes Qualified for the USA

Not 1 but 2 from the Philippines have a chance of qualifying.

But who will be the first Filipino woman to break 23 seconds?

Kristina Knott of the Philippines, the SEA Games 200m Champion, and SEA Record Holder, lead the chances of qualifying for this event, having twice broke the Philippine Record with 23.07 and 23.01 2019 SEA Games in New Clark City, Philippines. Knott ran an 11.27 at Penn State last year during COVID. We assume she runs both 100-meter legs/split times in 11.27, which is not the case; this will usually be 0.5 seconds slower; is it instead, t? I will read that 22.80 is within reach if she gets into a good race under the right conditions.

The other potential qualifier is Zion Corrales-Nelson. Nelson held the 200M National Record before Knott, with times of 23.24 and 23.16.

Just 22 years of age, Zion has represented the Philippines in international meets since she was 15 and is now a member of the powerhouse USC team.

The Marathon Womens event is overflowing with a total of 79 Qualifiers for 75 slots.

This means all slots are taken with an excess of 4. ABSOLUTELY NO WILD CARDS, IAAF POINTS, OR BONUS ENTRIES AT ALL.

In fact, the Olympic Standard going from 2h43 to 2h45 to 2h29.30 may not be even tough enough due to the overflow of athletes in this event, unlike any other women’s event for the 2021 Qualifying. They might need to make the standard 2h28 or even 2h27 for the 2024 Olympic Games in Paris.

It’s staggering to think how many more women might qualify by May 1.

Such is the depth in countries such as Kenya that defending Olympic Champion Jemima Sumgong could not qualify in the top 3 for her country.

The Breakdown is as follows

Christine Hallasgo, touted by PATAFA President Philip Juico as a chance to qualify for Tokyo, has the best time of 2h52.53, 23 minutes away from the Olympic qualifier of 2h29.30. She now must hit the standard as the event has too many qualifiers to gain entry to the 2021 Tokyo Olympics by May 1.

Anicka Newell of Canada added the most recent qualifying performance in the Women’s Pole Vault, clearing the Olympic qualifying mark of 4.70m on January 2 at the Expo Explosion at Belton, Texas.

Newell beat Canadian Record Holder Alysha Newman (4.65m), who had already qualified for the Olympics. The 27-year-old Newell beat her PB from 3 years ago in San Marcos, Texas.

Below is a list of who has made the standard so far.

Please note a total of 18 qualifiers. Newell also qualified, so 20 of 32 slots.

The USA has more than 2 qualifiers but can only pick 3. As 3 athlete per country rule.

The USA can choose 3 between

Eleni Klaoudi-Pollok of Greece leaped 4.70m, but it was on July 18 outside the qualifying period.

Natalie Uy of the Philippines ranked #61 last year with 4.26m.

She had leaped 4.30m (outside the qualifying period), which would have ranked her #52= in the world. But the IAAF hadn’t ratified the performance due to officiating.