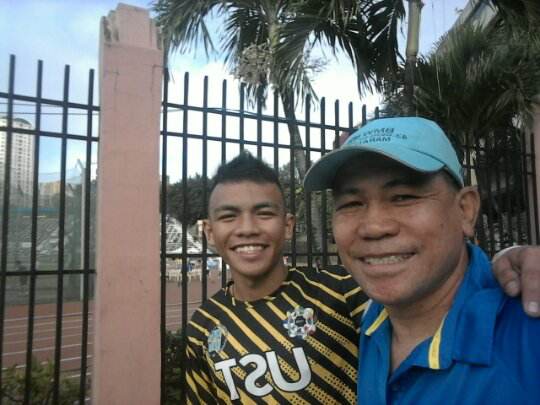 With many meets to cover, we now get around reporting the NCR Meet, which was the prelude to the Palaro.

With the K2-12 system, seeing NCR coaches soaking up and assimilating athletes like a sponge.

You would think NCR will emerge as the Palaro overall champion in both Secondary Boys and Girls.

Guess Again!. Unlike some of the amazing feats at the Western Visayas Regional meet, the Performances here were not really highly competitive.

With Manila coaches going on a shopping spree for Franchise athletes at the Iloilo Western Visayas meet.

I guess the NCR coaches have not milked the provinces enough.

But with that rant aside, the star performer was the 5’8 Ainah Masangkay of Tapat, whose feats are as follows.

Meanwhile, Palaro Champion Veruel Verdadero who transferred from Dasmarinas City, showed he has his work cut out for him at the Palaro in 6 weeks.

Walkathon doesn’t really get enough coverage on my website. But my friend Coach Saturnino Salazar better known as ‘Coach Titus’ and Juno Salazar, provided me with a useful article on some kids he is monitoring.  We will do one more full report on NCR Meet. 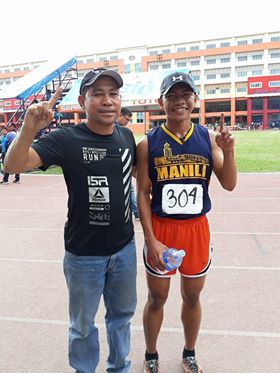 Bryan Oxales will again be NCR’s representative in the walk. He is one of UST’s recruits fr Pasig City. Bryan recently broke the UAAP High School Boys record in the UAAP. We will go into that a bit here as we did not have time to cover all UAAP results. His UAAP time of 27:22.43 in the Boys 5K Walk was a new meet record surpassing the 12-year-old mark of Mark Joseph Pastoral 27:39.70.
Oxales, who is the Palaro Champion, and Carlo De Imus train with Coach Salazar.  10:01.31 and De Imus 10:06.03 are below the Palaro Recordset by Oxales last year of 10:11.31. 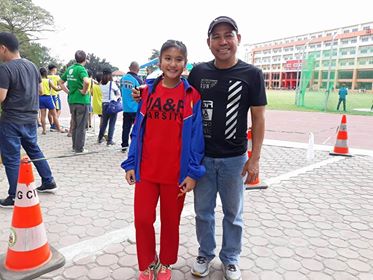 Alana Julianne S. Halagueña will represent NCR for a 2000 m walk. She was last year’s silver medallist in Antique. She started training with Coach Titus 2 years ago. She was also 2016’s Batang Pinoy champ in Tagum city. The Palaro record is 10:52.25.
She has joined international events in HK and Mexico. HK’s MTR racewalk in 2015, where she finished 2nd in the 5k open category. Last December 30, 2017, she joined Mexico’s 1st ever Bi-national race-walk event in a 5000m walk. She finished 2nd.
And most noteworthy is the fact that Alana gets her genes from Coach Titus himself, who was a many-time national champion in his days as a competitive race walker and still holds Philippine National Records. Titus’s brother is Alana’s grandfather. 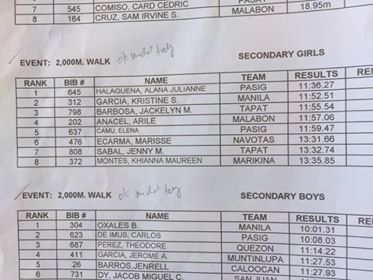 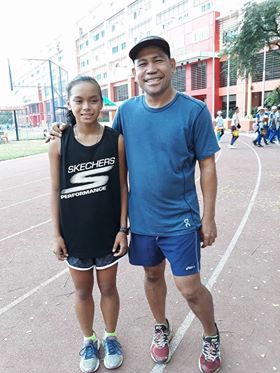 Coach Titus with Rishane Ashira Abellar, NCR’s 800m (silver) and 1500m (gold) representative in this year’s nationals at Vigan. Rishane was originally from QC but has since moved to Pasig 3 years ago to train with Coach Titus. She is now 12yrs old and a 6th grader from Oranbo Elementary School.
Her father uprooted them from Quezon City to focus on his kid’s training. Rishane has an older sister named Rayya Abellar, who is an 8th-grade student-athlete in UST. 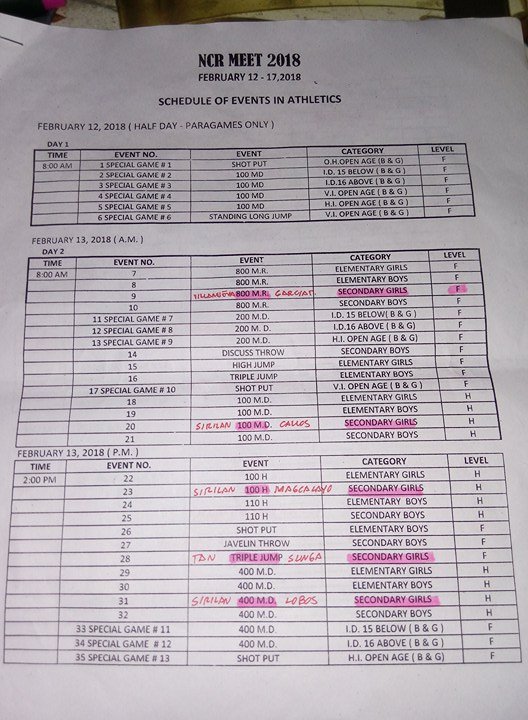 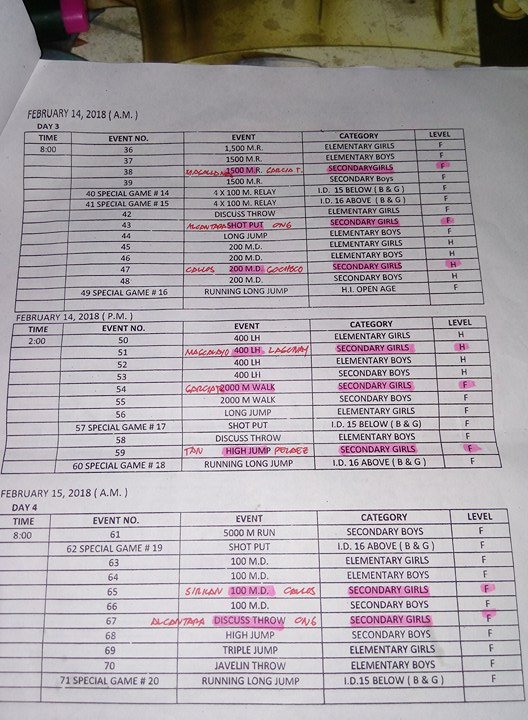 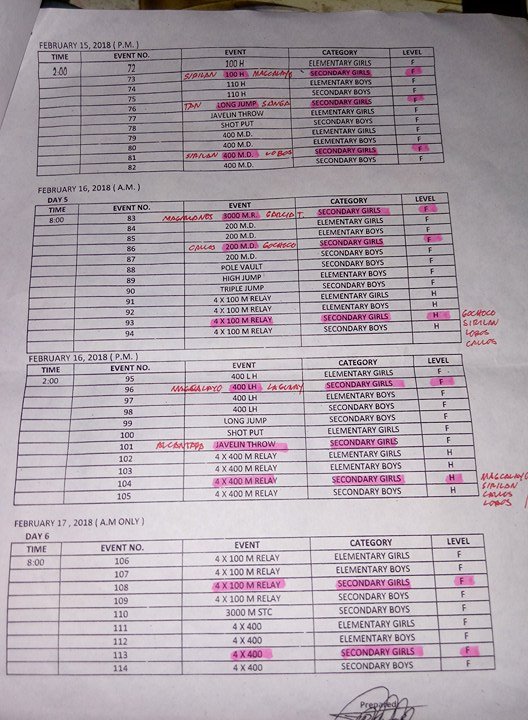