When we think about Milo in the Philippines, we may think of this.

But the real story of Milo of Croton Began in Ancient Greece. In the 6th Century BC, there was a wrestler from the city of Croton in the South of Greece.

Milo the Greek was a six-time athletic victor at the Ancient Olympic Games held every four years; he won the boy’s title and then the men’s title for 20 years.

He also won seven crowns at the Pythian.

Milo of Croton: The Strongest Greek that ever lived

Nearly 2,500 years back, the Greek wrestler Milo of Croton was deemed to be the greatest man in the history of mankind. He is a man of remarkable strength and athleticism and has outlined three basic methods for strengthening muscles that can be learned: start very light, never skip exercises and increase training gradually.

Milo was reportedly the best-known wrestler of the day and he was a six-time wrestler champion at the Ancient Olympic Games in Greece. In 590 BC his team won the boy’s wrestling division and then won the men’s competition for five consecutive Olympics. 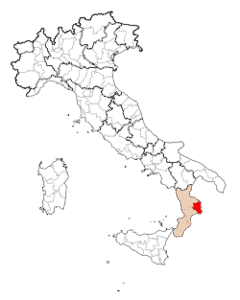 Croton was an ancient Greek colony in Magna Graecia (southern Italy) that was established circa 710 BC.  Croton led in Olympic titles, physics, and sobriety, and Pythagoras founded his school in Croton in 530 BC. In 510 BC, 100,000 Crotonese troops destroyed the rival city of Sybaris, and Croton sent ships to help the Greeks in the Greco-Persian Wars.

Pausanias said that he was Diotimus’ son. The philosopher Pythagoras, who spent a significant amount of time in or close to Croton, is linked to Milo by ancient writers. Commentators might have mistaken Pythagoras of Samos, an athletic trainer, for the philosopher, but it’s also plausible that they were one and the same person.

Milo of Croton was said to have saved Pythagoras’s life when a pillar collapsed in a banquet hall. He may have married Myia, a Pythagorean herself, or possibly his daughter. Herodotus says wrestlers accepted money from physician Democedes for the privilege of marrying Milo’s daughter.

Five times, Milo of Croton won the Olympic title of “Periodonikes.” Every four years, the Olympics were staged in ancient Greece.

He spent nearly 24 years competing at a high level. He participated in the Games at Delphi (one as a boy), the Isthmian Games (ten), and the Nemean Games (nine).

In 516 BCE, a young wrestler from Croton who had been practicing the art of akrocheirismos—literally, “highhandedness” or “wrestling at arm’s length”—became the first person to defeat (or tie) Milo of Croton in his quest for a seventh Olympic crown; Milo the Greek suffered from simple weariness.

The conflict between Croton and the neighboring Sybarite city-state of Sybaris first broke out in 510 BC after Telys, a Sybarite tyrant, exiled Sybaris’ 500 richest residents after seizing their land.

The chance for the Crotoniates to overthrow a strong neighbor arose when the exiled Sybarites sought safety at Croton and Telys demanded their return.

In a description that was published 500 years after the incident, Diodorus Siculus claimed that the philosopher.

The decision to defend the exiled Sybaris residents was decided after Pythagoras, who spent a large portion of his life in Croton, pleaded with the Croton assembly to do so. This worsened the conflict between the two cities, and Milo the Greek led the attack against Sybaris.

According to Diodorus (XII, 9):

“One hundred thousand men of Croton were stationed with three hundred thousand Sybarite troops ranged against them. Milo the athlete led them and through his tremendous physical strength first turned the troops lined up against him.”

Diodorus claims that Milo the Greek was in charge of the conflict with the Sybarites. He carried a club like the mythical hero Heracles and wrote his Olympic crowns on a lion’s skin.

Milo of Croton is claimed to have developed his amazing strength using a straightforward yet effective method. A young calf was born not far from Milo the Greek house one day. The wrestler decided to pick up the tiny creature and carry it on his shoulders. Milo the Greek went back and repeated it the following day. Milo the Greek kept up this tactic for the following four years, raising the calf onto his shoulders every day as it grew until he was lifting a four-year-old bull instead of a calf. This fable of Milo the Greek and the bull perfectly encapsulates the fundamentals of strength training.

Milo of Croton was said to have been able to carry a bull up a mountain. What would be the likely weight of a bull in the 6th century BCE Crotonia?

They would have been much more compact. Since the Middle Ages, farm animals have gotten to truly astounding sizes. Essentially, a bull at full maturity would be the size of a calf today. So a calf is born weighing approximately 85 pounds and grows by around 2.5 pounds daily until weaning, when they weigh, on average, about 600 pounds.

These statistics are approximate but near enough to give you a general sense. It’s not impossible if the bull was smaller than typical and at a different stage of maturation. A fully grown bull weighs about 2400 pounds today, so there is a significant disparity. 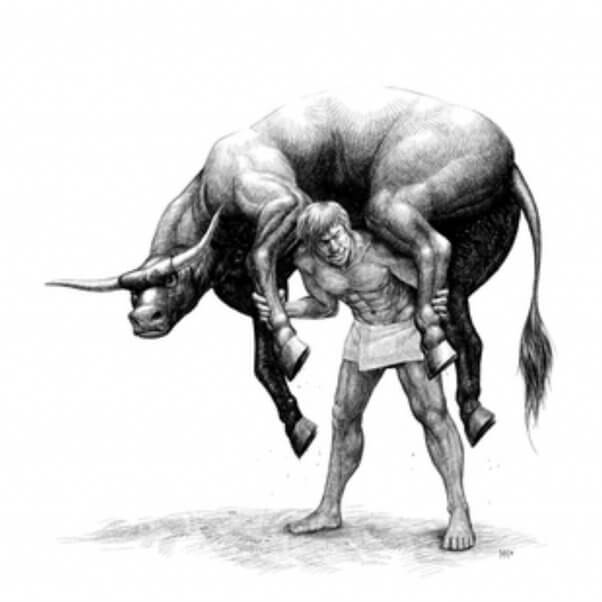 Conflicting ideas fill the health and fitness industry with unnecessary complexity and thousands of experts. If anything I’ve learned during ten years of strength training, mastering the fundamentals is more valuable than worrying about the details. For example, let’s discuss three core principles of strength training hidden in Milo the Greek and the bull’s story. Here they are.

1. Start too light: Focus on the volume before intensity.

Did Milo the Greek attempt to hoist a mature bull on the first day?

Tudor Bompa touches base on Progressive Overload Training in his interview on Periodization.

What would happen to someone’s body with the mythical diet of Milo of Croton?

Each 100g of bread and meat contains about 250 calories.

We can reduce that estimate a little bit because modern bread is much easier to stomach than bread from 600 BC. After all, it doesn’t include microscopic grains of sand and other things.

Similar to how wine was not always what it is now. The grapes used were low-sugar varieties, and the goal was to produce a lot rather than sugary quality.

Even so, that still amounts to around 40 000 calories after rounding down a little to allow for lower-quality meals. An average sumo wrestler consumes 20.000 calories daily. Ordinary people can consume more than 8,000 calories per day when traveling to the north pole.

It still seems inflated, but perhaps not quite as much. He might have consumed as much food as a sumo wrestler or perhaps more if he was big, strong, and active. Maybe he didn’t eat much every day, but that was just how much he used to.

Can you obtain the body of an antique Greek athlete (ex: Milo of Croton) by doing the same training as them (ex: wrestling, calisthenics, strongman training)?

No doubt. Take a look at today’s UFC fighters, strongmen, and wrestlers. Take a look at Chris Heria and other guys who “just” do calisthenics to build their physiques. There are undoubtedly genetic and work ethic restrictions, but if you put in enough effort, you can develop a fantastic body without using a weight room.

Progressive overload training is nothing new the Ancient Greeks used the technique. However, it is a crucial fundamental of weight lifting that should incorporate into any program where the goal is to build muscle.

Milo the Greek died at an unknown time, but Strabo (VI, 1, 12) and Pausanias (VI, 14, 8) claim that he was strolling through woodland when he came across a tree trunk that had been wedge-cut.

Milo thrust his hands into the gap and used strength to rip the tree. He was trapped as the wedges from the breach dropped and the tree closed in on his hands.

The more likely scenario, according to a contemporary historian, is that Milo was traveling alone when he was attacked by wolves and was unable to flee. The wolves then devoured him, and his remains were discovered at the base of a tree.