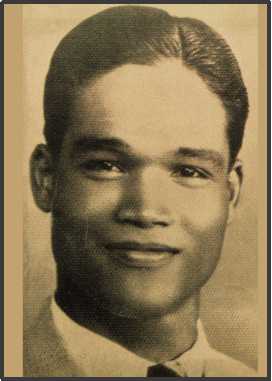 Expanding on the Hurdler49 Article by Joboy Quintos

Miguel White was the last Filipino athlete to win a bronze in Athletics. Following Simeon Toribio’s win in 1932. His feat came at the historic 1936 Olympic Games in Berlin. White also has the distinction of being the closest athlete to a world record in the entire history of Philippine Athletics.

His time in 1936 of 52.8 was comparable to the 1927 world record, which was 52.6 at the time, which is only a 9 year differential between his time and when his best time was the world record.

The Rise of White in the roaring 30s

White, Hardin, and Loaring on the podium. A proud moment for the Philippines! (Photo from the 1936 Berlin Olympics Program/LA84 Foundation)

White went up against a quality field, Glenn Hardin of the United States, the world record holder at 50.6s. The Filipino topped the third heat in qualifying, stopping the clock in 53.4s, ahead of the eventual silver medalist, John Loaring (54.3s) of Canada. The American also qualified with ease, submitting a time five-tenths slower than White’s.

Miguel White from the Philippine Islands was the fastest hurdler in qualifying. In this day and age where Filipino athletes are hard-pressed to meet the Olympic “B” standard, reading about this was surreal! In the semi-finals, White (53.4s) finished behind Hardin (53.2s) in the first heat, securing a spot in the finals.

The first bend. Hardin and White are at the outermost lanes. (Photo from the 1936 Berlin Olympics Program/LA84 Foundation).

The world record holder stamped his class on the rest of the field. Hardin was a full stride from Loaring and White at the last hurdle, who were locked in a tight battle for second place. The Canadian (52.7s) edged out White (52.8s) by a tenth of a second.

A good shot of the final flight of hurdles. Hardin leads, with Loaring and White battling it out for the silver. (Photo from the 1936 Berlin Olympics Program/LA84 Foundation)

It is quite unfortunate that the Olympic feats of Toribio and White have been practically forgotten. Philippine sports may be in the doldrums, but perhaps looking back at our golden past might inspire a new generation of Filipino athletes.

After the 1936 Olympics, white was an army scout before World War II until the war broke out in 1939, then was promoted to Lieutenant.

Due to active service, he retired from Track and Field after his Olympic Bronze at the age of 27.

A Lieutenant in the 52nd regiment in the army White was killed during the Philippines’ Japanese Occupation during World War II  on August 30, 1942.