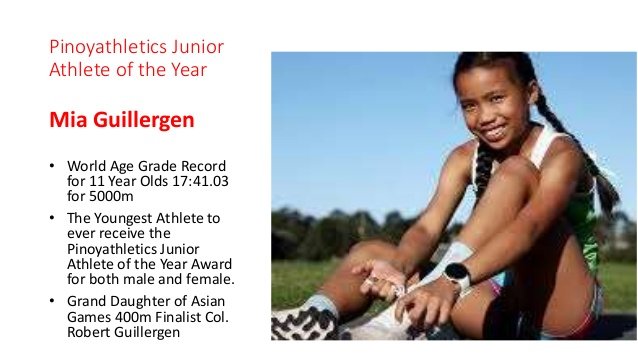 Mia Guillergen was named the youngest ever Pinoyathletics Junior athlete of the year in the 8 year history of Pinoyathletics.info.

Guillergen who lives in Australia is with the Sydney Sports Academy and coached by Jack McPhee.

Announced two weeks ago on the 13.10.2020 via Pinoyathletics Tuesday’s Track Talk (slideshare of the show provided below).

For her efforts in breaking the World Age Grade Record for 11 years old she was granted the prestigious award. 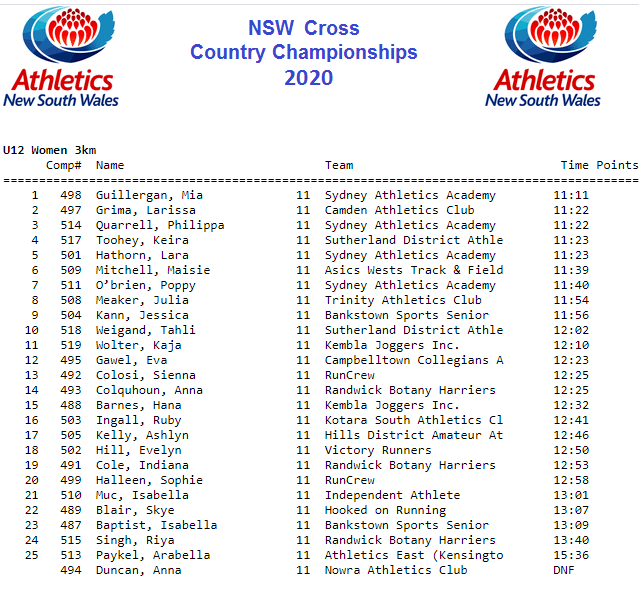 Guillergen continued her fine form on Saturday 10th of October with a win in the Under 12 Girls in the NSW Cross Country Championships at Dapto timing 11 minutes 11 seconds. Which saw her qualify for the Australian National Age Grade Championships.

Due to COVID no Filipino Junior Records were broken this year.

And the awards went to overseas based athletes.

No Junior Male athlete had a performance exceptional enough in 2020 so for the first time in 8 years.

The Junior Male award was not awarded in 2020.

Her 5k of 17:41 is actually under the Philippine Junior Record of 18:14.78 set by Bernadita Magaso its unsure whether or not Mia holds dual passports and if she was born in Australia or the Philippines. 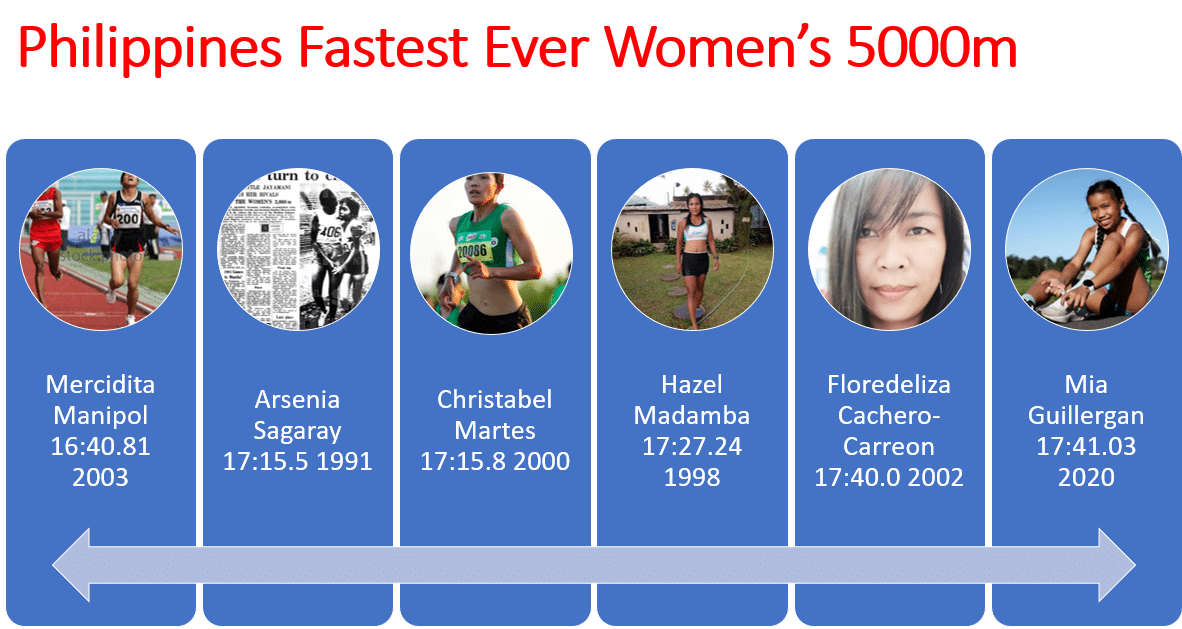 The tiny girl was running against Adults twice her size.  And clocked an impressive 17:41.03. Also the time which was run on a track oval at a meet on September 26 in Sydney..

She was born on  30th June 2009. The mark has already been recognized as a world age grade record.

Previously the record of 17:59 in 1977 belonged to American Kathy Kieman.

(Ioilo News article stating that Guillergan was a medallist at the 1962 Asian Games is Incorrect).

While she is a 5th Grader at Queenswood School for Girls.

EXCLUSIVE: An 11-year-old Sydney runner has smashed the 5km world record for her age by an impressive 18 seconds. Mia Guillergan's life-changing race was run against adults twice her size and it all happened on her mum's birthday. www.7NEWS.com.au#7NEWS

Mia Dream is to one day goto the Olympic Games.

While it is faster than the SEA Games Bronze mark of  the top Filipina 5000m Runner Joida Gagnao from Far Eastern University of 17:52.16.

And of course it is the fastest time in the 5000m for Filipino athletes with the 15 year old  age grade record being 17:20.

Analina Pamiroyan: congrats mia….good job you bring happiness to all ilonggos in times of pandemic..we’re proud and happy to know that you break the record of track n field champion….continue to aim high..God is with us….GOD BLESS…

Mary Ann Montealto: Congratulations Nene Mia 👏👏👏 we are so proud of you, keepsafe God bless you always

*Note Any Information used from Pinoyathletics must be accredited.

Philippines Passports a must – Fil Heritage