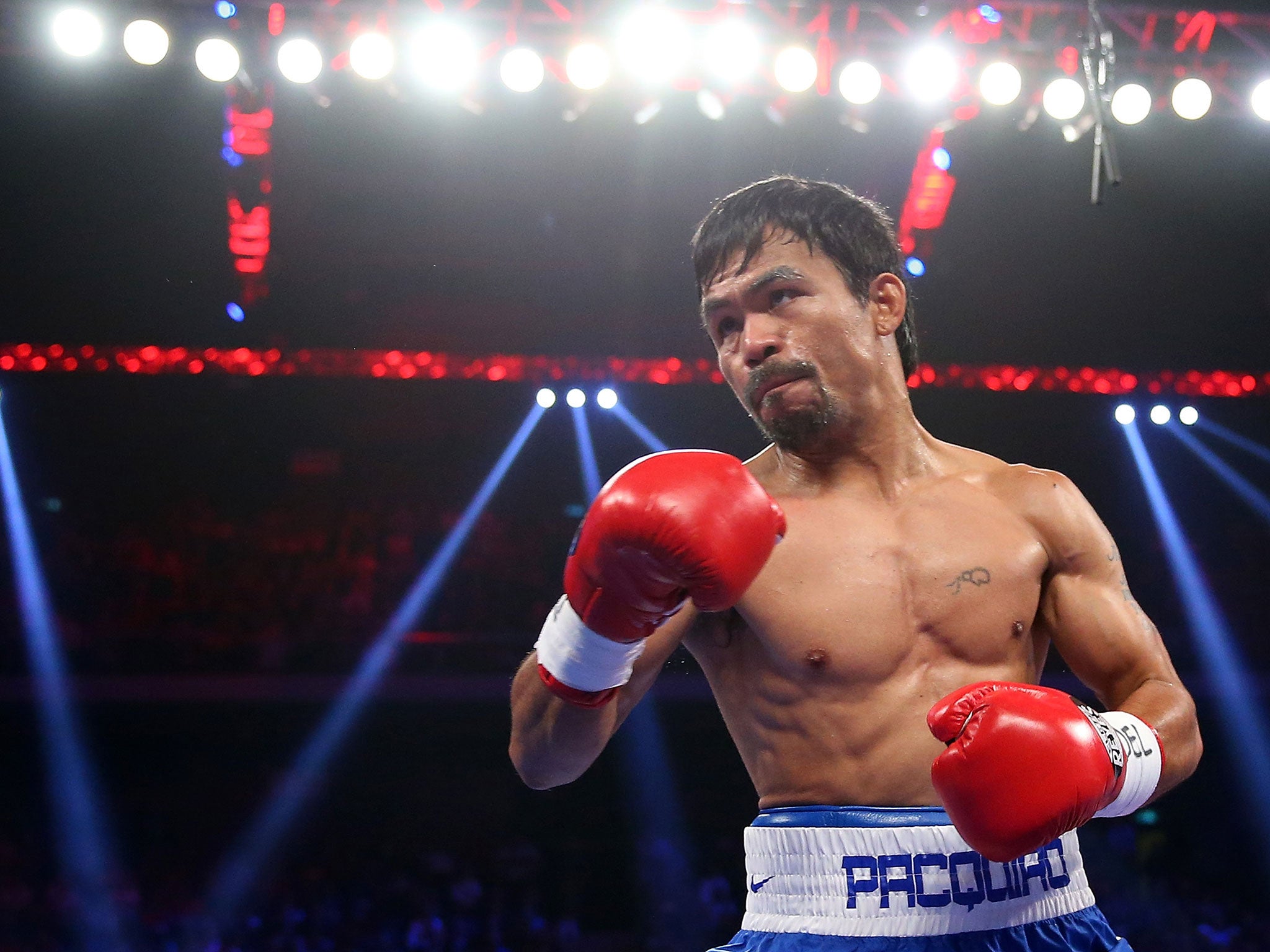 Boxing and Combat Sports Philippines: Manny Pacquiao ‘brain damage’ fears are ridiculous – he might be past his prime, but he’s hardly finished

Philippine boxing idol Manny Pacquiao said a January fight in the US with American Adrien Broner is almost certain. Still, he dodged the mounting speculation of a possible rematch with rival Floyd Mayweather.

Pacquiao, 39, pumped new life into his storied but slowing ring career in July when he delivered his first knockout in nine years in a bout against Lucas Matthysse of Argentina.

Since then, Pacquiao has defied calls to retire and promised to fight again, which has prompted unclear reports about a range of possible contenders.

But at a charity function in Manila this week, Pacquiao told reporters his next opponent would likely be Adrien Broner.

MANILA, Philippines – Top Rank Inc. chief Bob Arum is aware of Manny Pacquiao’s plan to sue his company over what the boxer claims as non-payment of broadcast fees in his fight with Lucas Matthysse last July.

And the veteran promoter is confident that they can sort things out with his former fighter.

Pacquiao had written on Instagram the other day that he seeks to take Top Rank to court for not giving him his share of the revenue for the live streaming of his fight with Matthysse on ESPN plus.

“Congratulations and good luck to Top Rank Boxing and ESPN on your 7-year partnership agreement,” Pacquiao wrote in the caption of a photo of him and Matthysse during their fight.

Time to hold off on that retirement party for Manny Pacquiao – at least for now.

The current WBO welterweight champion and boxing legend, at the age of 38, is on the home stretch of his career, but it looks like he’ll be busy in the ring in 2017. Pacquiao is scheduled to defend his championship in April against Australia’s Jeff Horn and reportedly is in discussions to take on IBF welterweight champion Kell Brook of England later in the year.

Pacquiao will fit these fights in between sessions of the Philippines Senate, of which he is an elected member. In any case, 2017 is expected to be his last hurrah as a boxer, and fights with Horn, Brook, and potentially others are part of a “Farewell Tour.”

Top Rank promoter Bob Arum told ESPN that Pacquiao would fight Horn on April 22nd at a to-be-determined location. Rumors are strong that the bout will take place in Horn’s native Australia and that Pacquiao is keen to fight overseas. His proposed bout with Brook would likely be held in England.

However, Pacquiao’s advisor Michael Koncz would prefer that the bout with Horn is held in the United Arab Emirates – or wherever his fighter would best be compensated.

Pacquiao (59-6-2, 38 KOs) is boxing’s only eight-division world champion and considered one of this generation’s best boxers. He last fought in November when he outpointed Jessie Vargas to capture the WBO welterweight crown. His second consecutive victory after his 2015 loss to Floyd Mayweather in one of the most lucrative fights in boxing history.

Because Pacquiao serves in the Philippines’ Senate, he’s limited to boxing – and serious training – only when the Senate is on recess. Arum said that Pacquiao could potentially fight again in July after his bout with Horn.

Horn (16-0-1,11 KOs) is a relative unknown who was a member of Australia’s 2012 Olympic boxing team. The only blemish on his professional record is a 2013 draw against countryman Rivan Cesaire. Horn scored a sixth-round knockout of Ali Funeka last month in New Zealand.

If Pacquiao agrees to fight on Horn’s home turf, the bout would take place at Brisbane’s Suncorp Stadium and – said Arum – would be televised in primetime on a Saturday night in the U.S.

While a Pacquiao vs. Brook fight remains a strong possibility, Brook has the option of defending his IBF title against mandatory challenger Errol Spence or may opt to take on Amir Khan in what would be considered a much bigger fight.

Brook has not fought since losing last September to Gennady Golovkin in a thriller, his only defeat in 37 professional bouts.