The Highlight of the event was 3 Hurdlers Sofian (13.72), Benedict (13.92), and Rizzua (13.93) all from Sabah dipping under 14 seconds. The top four in the 110 Hurdles Final were all from Sabah. All 3 athletes not only dipped under 14 seconds but also under the SEA Games gold medal standard of 13.97 by Clinton Kingsley Bautista of the Philippines.

Rayzam Sha Sofian the 2017 SEA Games Champion in 110 Hurdles showed he was serious about regaining the SEA Games title he lost to Clinton Kingsley Bautista of the Philippines in New Clark SEA Games 2019.

Sofian stopped the clock at 13.8 at the Malaysia Close on December 19 in Kuala Lumpur. Just .05 seconds away from his National Recordset in Weinham Germany in 2017.

The 33-year-old showed no signs of slowing down improving on his season-best time of 14.18 in Kazakhstan earlier in the year. The performance is the fastest time in South East Asia in four years.

Sofian famously shaved his head which showed in the montage during the medal ceremony when he won the SEA Games 110 Hurdle in Kuala Lumpur in 2017.

Marc Louis Brian of Singapore who made the semi-finals in the World Juniors and ran 10.39 recently has opted to focus on the 100 meters and will not participate in the Hurdle event. 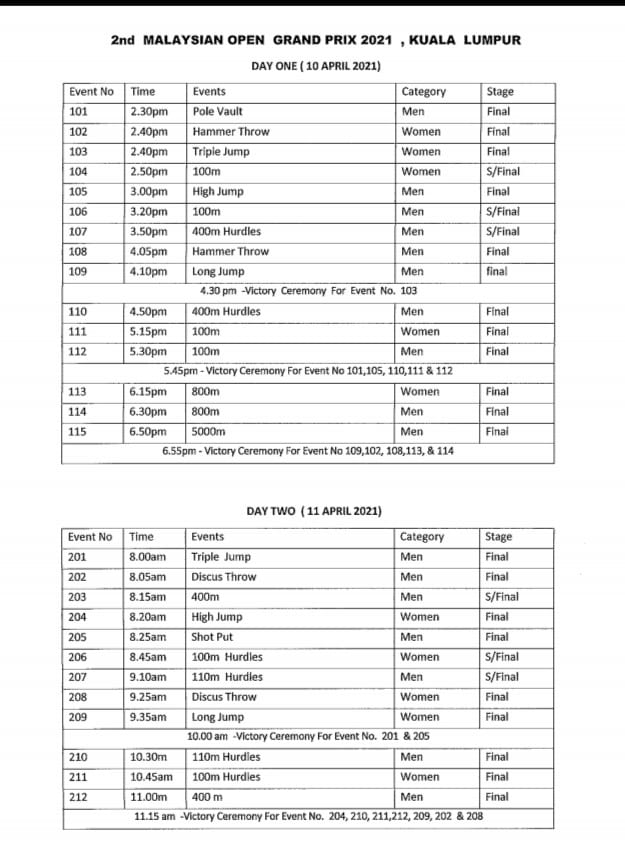 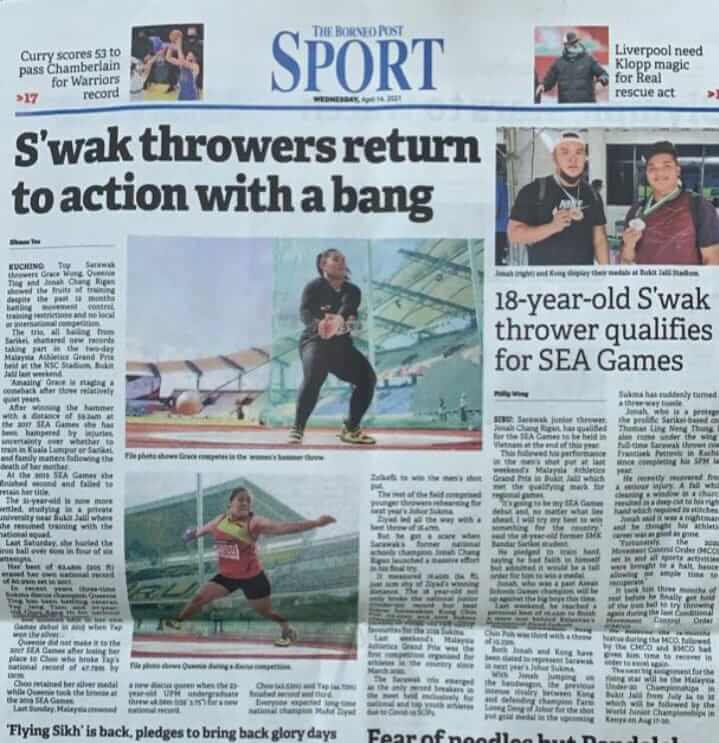 3X Sea Games Champion in the Triple Jump Hakimi Ismail looks to be heading over to Europe to train to start in May and aiming for the Olympic Standard in the Triple Jump. Hakimi holds the SEA Games and SEA Record of 16.77m set during the 2017 SEA Games.

Hakimi will turn 30 years of age in April. He needs to jump 17.14m to qualify for Tokyo 2021 by June, or else he needs to rely on qualification spots (qf report on Men’s Triple Jump coming soon).

Failing that, Hakimi will look towards claiming his 4th SEA Games Title in Triple Jump Mens. It was a feat that would match the achievement only done by the Great Mohammad Zaki Sadiri, also of Malaysia, who won the 1987 to 1993 SEA Games.

Taib was second in 21.24 seconds behind 17-year-old Caleb-Law, who clocked 21.20 at the Gary Brown Shield in Nathan, Queensland, Australia, on February 20.

Taib has a British mother and a Malaysian father. He holds the Malaysian National Record at 20.77, he was the bronze medalist at the last SEA Games in 200m behind Two Thai athletes, including Siripol Punpa.