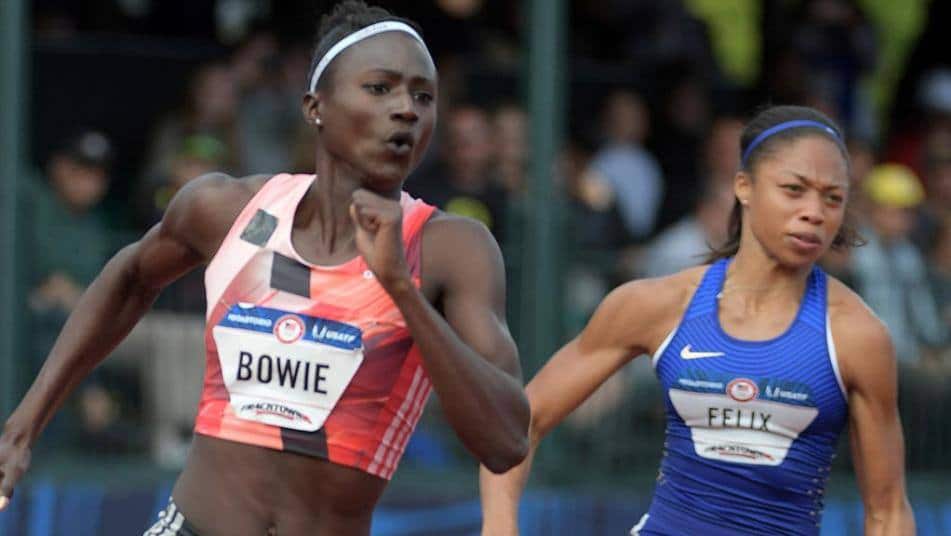 In 2009, I wrote about Arm Action in Sprinting on how you can gain a full meter with the same number of strides by proper shoulder rotation and hip rotation.

This article is guest blogged by two authors: movement specialist and Track and Field coach Adarian Barr of Next Level Athletics and Fitness, and Alysson Bodenbach, a 5th-year senior 400m runner at Michigan State, majoring in Kinesiology. 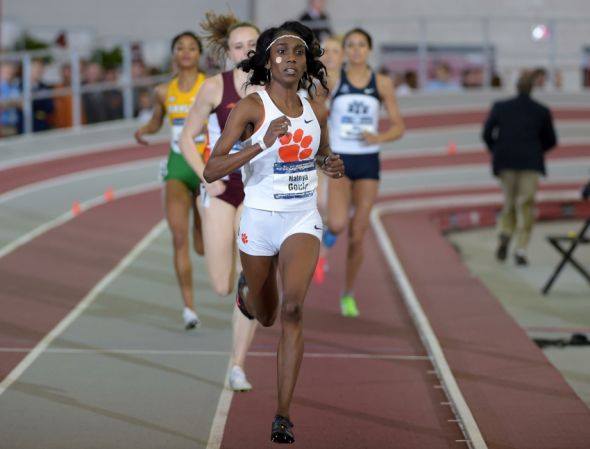 Coaches and runners alike have been engaged in a heated discussion concerning core stability regarding shoulder rotation, particularly during this Olympic season. Coaches will argue about whether or not core stability is a direct cause of shoulder rotation for years to come. Unfortunately, scientists aren’t always the best source of knowledge for our queries.

Scientists once claimed it was impossible to run a mile in less than four minutes and that running the 100-meter dash quicker than 9.69 seconds was also impossible.
The world’s athletes, however, have been shattering barriers left and right and disproving scientists.

When it comes down to running fast, the preference for a longer stride length or faster turnover is often questioned. For example, if we take Usain Bolt, you will notice that his stride length is predominantly longer than the average sprinter. 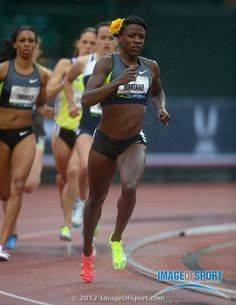 So, how does one go about achieving a longer stride length?

And can see the perfect examples in slower races such as the 800, where and can easily scrutinize body position and rotation.

Not every runner will practice this technique. However, in elite runners such as Alysia Montano (800m), her shoulder rotation is most definitely visible.

Some will contend that her lack of core stability is what causes her shoulders to rotate so much.

But when she runs a personal best of 1:57.34, it is difficult to say that she has core instability.

Not only 800m runners use shoulder rotation as a means of forwarding motion. You would observe the same result if we slowed down the 200-meter sprint. Hip rotation, which is strongly connected with speed, works in direct relation to shoulder rotation.

Either you may use the torque intended to increase the power generated by your glutes, or you can let your arms swing back and forth to counteract the torque your glutes produce.
We don’t want our arms to operate as a counterbalance against our hips, even though they can serve that purpose.

Our ultimate goal while talking about the alternate option of pumping the arms back and forth is to improve stride frequency. Speed cannot be increased solely by increasing stride frequency.
But if shoulder rotation is added in the right quantity, speed is likely to rise.

Running greats like Bolt and Montano have inexorably mastered the use of shoulder rotation, surpassing any scientific understanding. They have dismantled boundaries and received recognition for it. Of course, shoulder rotation is not a panacea for all speed issues. However, if done correctly, this small modification to a runner’s form can have a significant impact. 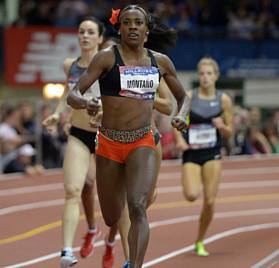 Olympic Sprinters: Why Should I Toe Drag?

Toe drag out of a block start is becoming more and more common amongst elite sprinters.

As a sprinter develops, they are taught to drive out of the blocks with both legs. But maybe we should be taking a note or two from the block start of a swimmer. At the same time, swimmers drive off of one leg and never bring a knee through.

This implies that once they have enough explosive force on one leg, the second leg is no longer necessary.

In contrast to sprinters, who bring one knee through. Swimmers use one leg to propel their body forwards while leaving the other leg hanging behind them. But when it comes to sprinters, the toe drag can help a runner just as much as a swimmer’s start can help them.

Additionally, if you drive with one leg and leave the other behind, you’ll produce the same explosion that swimmers have mastered. As a result, the drag generates great power and explosion as the glutes contract over a longer time, enabling the sprinter to apply the most force possible.

The hips are likewise driven down the track when the toe is dragged, creating a pattern that maximizes horizontal velocity.

Another bonus of the drag is that your feet stay low to the ground creating less braking action.

The athlete can stay low since they don’t have to lift their torso to bring the rear leg through because their hips are driving horizontally and their feet are still close to the ground; as a result, the toe drag begins to benefit the athlete.

Additionally, as the shoulders become involved in producing torque, the athlete must switch their arms swing from a back and forth to a side-to-side motion.

While the capacity to generate more spectacular top-end speed is said to be the most important advantage of dragging the toe after witnessing some of the best sprinters in the world perform the toe drag.

Adarian Barr, a movement specialist, trainer, and track and field coach at Next Level Athletics and Fitness, has been successfully teaching his players how to sprint from the blocks while dragging their toes, as is generally agreed upon.

Additionally, Adarian Barr of Next Level Athletics and Fitness, a movement specialist, trainer, and track and field coach, has been successfully teaching his athletes how to sprint start.

How to Improve Your Speed

This article gives an overview of the essential techniques required to enable an athlete to run faster.

To increase any athlete, speed means improving on one or both of the following elements:

1. Increase the number of steps an athlete takes per second, i.e., their cadence.

2. Improve the effectiveness of each time they make contact with the ground.

Increasing cadence is most easily improved by reducing the amount of recovery time between strides. This means reducing the time it takes to get the foot off the ground and back on the floor.

Often athletes compensate for their lack of knee lift by either over striding (taking larger steps beyond their center of gravity) or pushing out more behind them in an attempt to increase their power and, therefore, stride length.

The problems with these techniques are as follows:

Now we’ve identified the problem – how do we fix it? Ultimately, how do I run quicker?

This can be identified by improving seven areas. 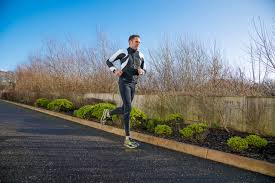 Downhill sprinting is a form of assistance or “over-speed training.” And they were forcing an athlete to move their legs faster than they could typically generate. However, I don’t have novice athletes run downhill. Therefore, reserving it for elite caliber athletes who have a full mastery of their sprinting mechanics.

Here are my reasons:

While the athletes gain greater than normal speed as they run down a hill, you will see the following improper running mechanics.

These are all-natural responses once athletes start to achieve above-normal speeds. And repeated runs like this do nothing but ingrain improper movements and increase the risk of injury to the knees, back, and hamstrings.