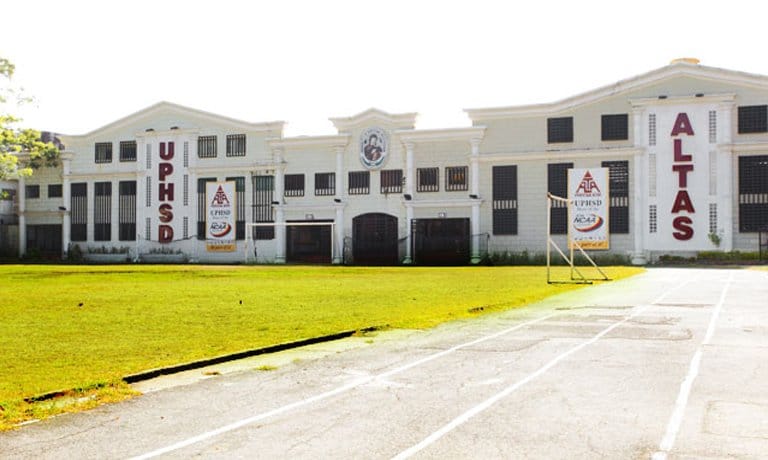 The Philippines NCAA Sports has relaxed its age eligibility rules for student-athletes whose Season 95 events were canceled due to the coronavirus pandemic.

“I endorsed loosening up the eligibility requirements for Season 96, and it was approved by the Policy Board,” said Season 95 Management Committee chairman Peter Cayco of Arellano University during Tuesday’s online Philippine Sportswriters Association (PSA) Forum.

“Athletes who would’ve played their final years in Season 95, but their tournaments did not get off the ground, will be allowed to participate for one more year. Same ‘yun sa mga events na ‘di nalaro or have not yet started, plus one year sila.”

Among those women’s volleyball standouts who were affected by the termination of Season 95 were San Beda’s Nieza and Ella Viray and Daryl Racraquin, Letran’s Charm Simborio, University of Perpetual Help System Dalta’s Yanca Tripoli and Arellano’s Regine Arocha.

Philippines NCAA Sports :  Ban on Foreign Athletes will Push Through MANILA, the Philippines–The ban of foreign student-athletes in the NCAA, which is set to take effect in Season 96, is staying.

NCAA Management Committee chairman Fr. Vic Calvo of Letran said on Tuesday that there are no changes to the league’s decision to prohibit foreigners from suiting up across all sports.

For the past decade, foreign athletes have dominated in the NCAA, especially in basketball. Two years ago, the policy board approved the ban in an effort to make the playing field “almost equal,” then-ManCom chair Frank Gusi was quoted as saying.

In the same interview, former chairman Peter Cayco said that while they’re grateful for the foreigners’ contributions to the development of local players, the league’s “majority supports the idea of having All-Filipinos.”

“Don’t get us wrong, we’d like to thank the foreign players for being able to train and teach our Filipino guys how to play against bigger and heftier players, we thank them for that,” Cayco said.

Calvo, though, said that there’s always a possibility of the rule being overturned in the future.

“The rule in the NCAA is not dead. It’s dynamic. Anything can happen, depending on the policy board. If there’s a policy board that really wants imports, they can sponsor a resolution then propose it.”

“We can put it to a vote, it depends on the association. That’s how it is in the NCAA. It’s democratic.”

NCAA is hosting a shortened Season 96 next year due to the COVID-19 crisis with only mandatory sports basketball, volleyball, swimming, and athletics in its initial calendar. Teams such as Letran and Perpetual have already withdrawn Track and Field teams for next season.

Pinoyathletics will monitor this situation as it involves with inside scoops.

We also want to put forward the question of why schools are not recruiting more of their backup athletes (non-NCAA medalist type athletes) nearby at local schools?

And instead have spent more money going to the provinces to recruit athletes as backups when plenty of nearby schools have suitable athletes.

What the New Normal Means for NCAA Schools

With Letran and Perpetual closing down there Track and Field teams for one year. And UAAP Schools also looking at having to unload rosters.

What does this now all mean for the survival of the NCAA in the New Normal.

Pinoyathletics had a phone interview and then invited ‘Dean Herc’ Hercules Callanta the Sports Director of Lyceum of Manila. A member of the NCAA and MAN-COM (Management Committee) of NCAA. Dean Herc told Pinoyathletics in a recent ZOOM Webinar. That the MAN-COM had just had a meeting discussing the pressing issues at hand in light of the COVID-19.

NCAA Schools discussed the possibility of online classes. For those who don’t have access to live stream due to slow internet speed in the Philippines

The Question also came up about Training Online

The possibility of having competitions with no audience involved

Do Schools have written contracts with athletes?

Find out all this and more in the below video The University of Perpetual Help has announced that it will be closing its doors on its Sports Team. This follows earlier decisions by TIP (Technical Institute of the Philippines) and Letran College (article below this one). In light of the loss of revenue from the schools in regards to not being able to collect school fees from its students as an income source.

However contrary to the below articles a lot of athletes have already sorted out new schools. As a source stated that Perpetual would be reducing the number of there Track and Field to a mere 12. As no clear statement has been given by Perpetual it’s obvious they are unsure of the severity of the situation at this point to make a comment.

LOOKING to cut costs in the light of the COVID-19 pandemic, Perpetual Help is temporarily deactivating its athletics program until the resumption of the next NCAA competitions.

Sources closely monitoring the situation confirmed that the Altas are temporarily suspending allowances to student-athletes as a cost-cutting measure with the future still uncertain due to the health crisis.

This, however, doesn’t mean that the Perpetual Help will dissolve its sports program and will leave the NCAA altogether.

Officials from the school, led by Perpetual’s Mancom representative Frank Gusi, are set to meet the NCAA Board on Thursday to better address the situation.

There’s an assurance, though, that Perpetual will reactivate its athletics department once the NCAA sets a date for the start of the next season.

Sources added that the coaches who are currently under contract will continue to receive monthly payments.

Spin.ph sought comments from Alta’s athletic director Sammy Acaylar but he has yet to respond to queries as of posting time. IT wasn’t long before basketball players from the disbanded Technological Institute of the Philippines found a new home.

Forwards Bryan Santos and Ivan Santos have agreed to transfer to the University of Santo Tomas, beefing up the Growling Tigers frontline.

Bryan Santos, who stands 6-foot-5, is a hardworking banger from San Luis, Pampanga, and was one of the main producers for the Engineers.

Meanwhile, the 6-foot-6 Ivan Santos was his frontline partner – a bruiser from Bustos, Bulacan who’s willing to do the dirty work down low.

He posted 8.9 points and 4.7 rebounds in the same tournament. DEALING with the complications brought upon by the global COVID-19 pandemic, the Technological Institute of the Philippines (TIP) has decided to cease operations for all of its varsity teams.

Coach Potit de Vera confirmed the sad news to Spin.ph, saying the decision “was an inevitable circumstance waiting to happen.”

“With no clear timetable as to when a vaccine will eradicate this COVID-19 pandemic and make it safe again to resume sports in our country, the TIP ownership has dissolved all of its varsity programs,” de Vera said.

According to Tiebreaker Times.

Letran has cut funding to 9 of its sports teams. This also includes it Letran Track and Field Team Men’s Senior and Junior Team. Letran doesn’t have or has never had a women’s track team.  In a letter addressed by Fr. Clarence Marquez in order to survive Colegio de San Juan Letran. Which is based in Manila.

Due to the COVID-19 has had to cut down its sports budget and axe some teams in order to ensure its own survival and operating costs.  Having looked at all possibilities all roads lead to the axing of its athletic program.

Besides this, Letran is looking to formally withdraw from the following NCAA events, namely

What does this mean?