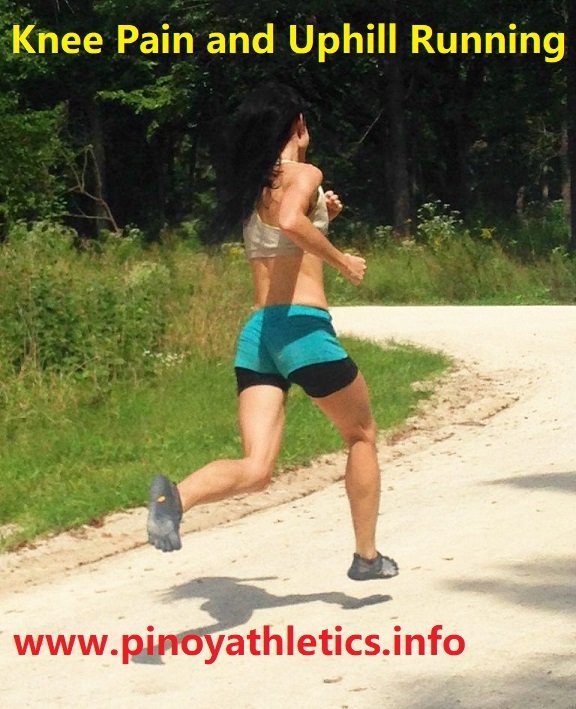 I am providing this article which is a compilation of various sources to educate coaches on the protocol and safety measures of Uphill Running Knee Pain.

I see many unstructured hill-type sessions being done too close to competitions, especially in the Philippines. In Australia, coaches do uphill running but with a lot of protocols in place.  I have included a peer review article regarding the dangers of uphill running on knees if not done correctly.

And as a result, athletes are getting knee injuries as opposed to downhill running.

Many runners with knee pain don’t prepare for the worst. They get help slowly — if at all — and then weeks later realize they aren’t getting good help. By that time, their training schedule is blown to hell.

Running hills is a widespread prescription by coaches for a variety of sports, including running sports.

Running is a great enough exercise on its own, being one of the best cardiovascular and respiratory improvers around, so running uphill must be even better. Or at least that’s the thought behind it.

Since endurance is a derivative of strength, it makes sense that people would believe this.

Hill running, like resistance training, plyometrics, or jump training, increases your strength and power, so it makes sense to think it would improve your running too.

While this is certainly true to a point, a recent study in the Journal of Strength and Conditioning casts some doubt on the common wisdom.

In the study, researchers reviewed the prevailing literature on this topic and realized that there isn’t much out there.

Specifically, they found only one study, which didn’t examine whether uphill running was better than flat terrain running. So they decided to make a study of their own.

They chose experienced athletes, and for a good reason. Novice athletes improve across the board pretty much no matter what they do, so the difference between strength and cardio programs would be less significant for novices than it would be for advanced athletes.

It’s important to know if the benefit from training holds as acclimation’s to training becomes more specific as an athlete improves. 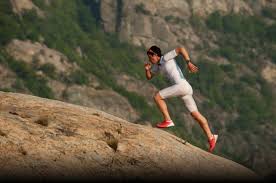 There was only one significant difference between the two groups, and it was a big one. The group running flat could run for longer at the end – a lot longer.

The reduced intensity allows for more training. More training is a bigger stimulus for improving running performance at a VO2max pace than the relatively small difference in intensity, plain and simple. In my experience as a coach, more training is better for pretty much any athletic goal you have, as long as you can rest adequately.

One thing that and can say about uphill running is that it doesn’t quite impact flat running.

Because it yields good gains to running on flat terrain, it may still be a good supplement to normal running. And, of course, if you plan on competing in any event involving running on hills, the practice is essential; make no mistake.

As it turns out, the common suggestion to run hills even for flat running conditions doesn’t deserve quite the attention it gets from coaches. If you’re training to compete, running on flat terrain is better than running uphill.

Hill training, including the Lydiard hill circuit, helps the athlete transition from the aerobic phase into the anaerobic training phase (or General Practice to Specific Practice in our system).

The standard programs only feature this workout during the dedicated phase for this work (dynamic strength). Still, some runners have employed it successfully much later in training to keep maintaining strength and speed.

The purpose of this investigation

The purpose of this investigation included documenting the effects of uphill interval training compared with level-grade interval training on maximal oxygen consumption (V[Combining Dot Above]O2max), the running speed associated with V[Combining Dot Above]O2max (Vmax), the running speed associated with lactate threshold (VLT), and the duration for which Vmax can be sustained (Tmax) in well-trained distance runners.

And used pre-and post-test meapost-test V[Combining Dot Above]O2max, Vmax, VLT, and Tmax to assess performance. A 3 × 2 repeated measures analysis of variance was performed for each dependent variable and revealed a significant difference in Tmax in GHill and GFlat (p < 0.05).

Concerning running performance, the results indicate that both uphill and level-grade interval training can induce significant improvements in a run-to-exhaustion test in well-trained runners at speed associated with V[Combining Dot Above]O2max but that traditional level-grade training produces greater gains. 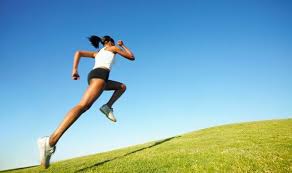 How to run uphill

When running up a hill, you’ve got to do extra work to overcome gravity. This requires your body to recruit more muscles in your legs to overcome the force of gravity and carry you up the slope.

Speaking of the incline, the fact that the ground is slanted also alters your footstrike. Forcing you to transition to more of a mid/forefoot-striking style. And increasing the forces going through your calves and ankles.

This is ultimately a good thing for performance, as it allows you to get more “rebound” from the ground. Some energy from the impact is stored in your calf muscles. And is then rereleased when you straighten your leg and drive off the ground. Don’t lean forward at the waist.

When they start running up a hill, most runners’ natural reaction is to lean into it, usually by bending forward at the waist.

While it is true that some degree of forwarding lean is necessary when running up a hill, a lot of people lean much too far forward. This negatively impacts your uphill running ability in several ways.

Although you will have a noticeable forward lean when running uphill, it’s helpful to think about “standing tall” when you run up a hill since you’re unlikely to be leaning too far back. This is one of those mental cues that, while technically inaccurate, is still very helpful.

Other helpful cues include “drive your hips,” which reminds you to focus on using your hip muscles to power your way up the hill and extend your leg fully behind you. Once you’ve crested a hill, take care not to slouch over since that will wreak havoc on your efficiency on the flats, too.