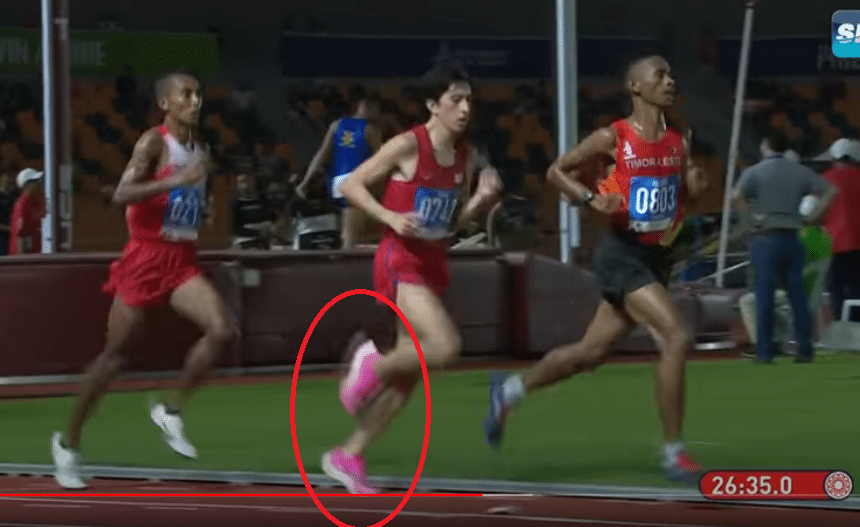 SEA Games 5000 and 10,000m Champion Kieran Tuntivate of Thailand. Over delivered on his brave statement that he would break 28 minutes in the weekend. Tuntivate absolutely smashed his South East Asian 10,000m Record of 28:45.61 set in Raleigh, USA on 29 March 2019.

The 24-year old Thai American who studies at Harvard took nearly one and a half minutes off his previous best with an Olympic qualifying time of 27:17.14. Kieran went under the Olympic standard of

Kieran also under the 27:28.00 Olympic standard, becoming the only other South East Asian athlete besides Ernest Obiena of the Philippines to qualify outright in Athletics for the 2021 Tokyo Olympics.

According to Letsrun.comKieran has the 4th fastest time in Asian Track and Field History (behind 3 athletes of African origin).

Kieran holds the SEA Record in the 10,000m, an impressive 28:45.61 mark, which erased the long-time mark of Eduardo Buenavista of the Philippines, a former Asian Games bronze medallist in this event.

So with both SEA Games titles seemingly unchallenged from his nearest pursuers in the South East Asian Region. Perhaps Kieran might be extending his dominance to the shorter 1500 meters As well.

Why? The Guy is bloody fast. His PB maybe an already quite impressive by SEA level 3:47.36. Which is not far behind the lifetime best of 3:47.04 (2015) of the most excellent Middle Distance runner in SEA History, and four-time 1500M SEA Games Gold medalist Duong Van Thai of Vietnam. Thai aims for title #5 in front of his countrymen in Hanoi, Vietnam, at the SEA Games. However, Thai will be 29 when SEA Games rolls around, vs. Kieran, 24. That has not broken 3:50 since 2018.

In the meantime, Kieran registered an even more impressive 3:57.87 for the Mile (1609m) on August 15, 2020, at Nashville, which is another SEA Record, and it equates to an impenetrable time of 3:42 for 1500, which for sure would leave his SEA Rivals gasping for dear life.

The top man is Thai-American Kieran Tuntivate, who holds the following best times.

Last SEA Games Filipino Sony Wagdos captured bronze in a time of 14:34 in the 5000m.

In the first lap of the Ivy League Heptagonal Championships’ 3,000-meter race, Harvard distance runner Tuntivate abandoned his left shoe when it came loose around 300 meters into his run.

Electing to go without the shoe meant that Kieran Tuntivate had to complete the rest of that competition while exposing the skin on his barefoot to the harsh texture of an indoor track.

He shared the results on Instagram, and they’re about what you’d expect. (Click on the arrow to get to the photo of the foot that’s missing a few pieces.) 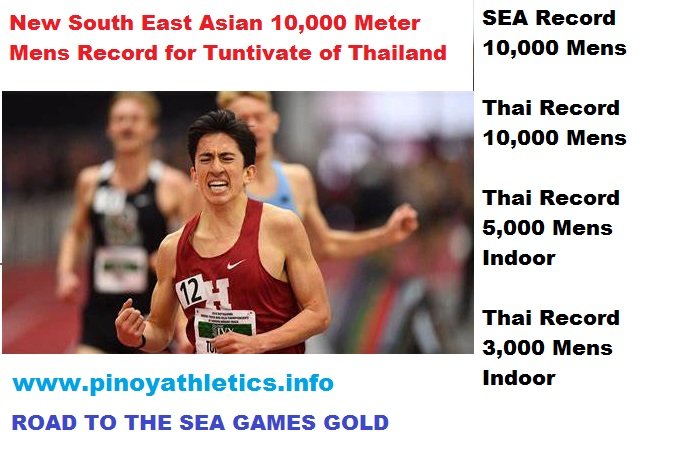 Thai-American Kieran Tuntivate clocked 28:45.61 in the 10,000m on March 29 at the Raleigh Relays. Upon further careful analysis, the mark is a New South East Asian Record. Eduardo Buenavista of the Philippines had the previous effect of 29:02.36. Buenavista took the bronze medal at the 2002 Asian Games in Busan.

The mark is a new Thai Record-breaking the 29:29.59 set by Boonthung Srisung at the 2005 SEA Games. Consequently, it is also a new Personal best for Kieran. And even better than all the times he ran before he acquired his Thai passport. His previous best of 29:31.82 was run at the same Raleigh Relays meet last year.

The New Kid in Town

Tuntivate debuted for Thailand at the 2018 Asian Games in Jakarta, Indonesia, last August.  And he finished an awe-inspiring 4th place in the 10,000m, Boonthung finished 10th. Tuntivate is a college athlete at Harvard who runs for Thailand. The good news for Kieran is that after a lot of pressure from the Asian Athletics Association. The Host Philippines for 2017 SEA Games had to concede to include the mens 5000 and 10,000 at SEA Games or face a possible loss of sanction of the meet. 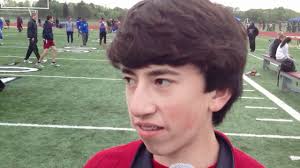 Buenavista of the Philippines in Busan, where he took bronze at the 2002 Asian Games.