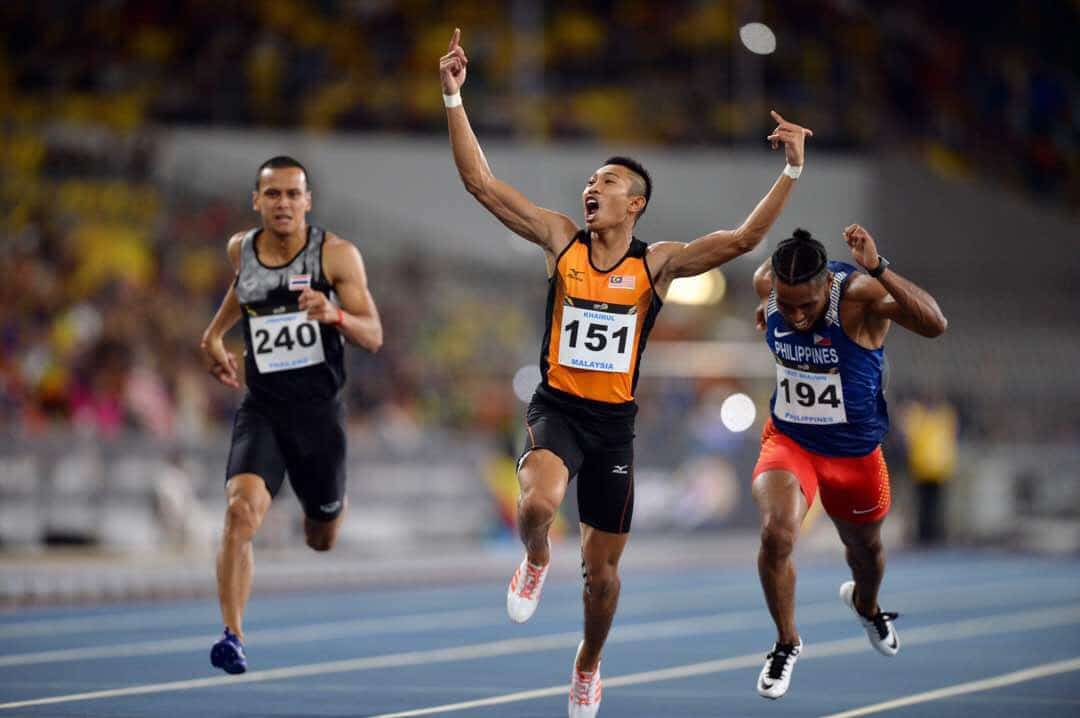 Khairul struggling to get back into shape, so no SEA Games target for him

KUALA LUMPUR: National sprint coach Mohd Poad Mohd Kassim has relieved the pressure on Khairul Hafiz Jantan by not setting any target for him at the Philippines SEA Games from Nov 30-Dec 10.

Poad, who guided the Melaka sprinter to become the fastest man in South-East Asia at the Kuala Lumpur SEA Games in 2017 with a time of 10.38, said Khairul has not regained his form.

“Last year was not a good year for Khairul as he struggled to clock a decent time in competitions,” said Poad.  “I’m not setting any target for him at this year’s SEA Games,” added Poad.

Poad’s reservation on his blue-eyed boy is understandable as Khairul has failed to come close to his personal best of 10.18 since achieving it at the Malaysia Games (Sukma) in Kuching in 2016.

His best time last season was 10.34, which he did in the first competition in the Federal Territory All-Comers Champion­ships in March. SEA Rankings 2018

Then, he clocked a poor time of 10.50 in the heats and failed to advance into the next round at the Commonwealth Games in Gold Coast, Australia, in April and posted 10.45 in the semi-finals to finish sixth at the Asian Games in Jakarta last August.

Poad said Khairul would not stand a chance against other top sprinters like Indonesian Lalu Muhammad Zohri, Eric Shauwn Cray of the Philippines, and a host of good runners from Thailand if he failed to step up.

Lalu, who clocked a personal best of 10.18 to win the gold medal in the IAAF World Junior Athletics Championships in Tampere, Finland last July, is seen as the favorite.

“Khairul started training last month and I have 11 months to help him improve his mental and physical strength for the SEA Games,” said Poad, who has been coaching Khairul for the last seven years.

“But first, Khairul needs to beat the silver medal qualifying mark of 10.42 in the National Open championships (in Bukit Jalil on March 28 and 29) to qualify for the SEA Games,” he added.

Khairul Hafiz Jantan crowns himself SEA Fastest Man Coaching is much an art as it is a science.

The Sculpture can sculpt his finest masterpieces when he is given the freedom to do so without distractions or interference.

3-4 Years ago Khairul Jantan of Malaysia was a soccer player. Before Coach Poad took him within 2 years from a beginner in sprints to a 10.18 100M Guy.

I’m sure there were a lot of national coaches interested in getting him but Poad was able to use what he had learned to build a strong athlete.

Poad was rewarded when his man Khairul Jantan at 19 years of age crowned himself SEA Games Champion last night.

What I liked seeing was Jantan actually was trying to find his coach straight after and gave him a big hug.

This to me is a good coach-athlete relationship. Where we must also consider that not every athlete and coach is compatible. But this is an example of it working. I wish Coach Poad and his ward Khairul Hafiz Jantan aspire to push themselves to greater feats in the years to come.

It was defending champion Eric Cray of the Philippines who looked best out of the blocks, with Jantan tagging half a stride behind. Jantan however started to draw level with Cray about 30m into the race.

Cray had the difficult task of running four races in a day. Despite an appeal that was turned down by the organizers. He had just won a very close 400 Hurdles an hour and a half before.

Cray did his best to hold pace with Jantan until 80 Meters when Jantan started to pull away, Cray dived to try and salvage the win. But Jantan already had his hands up in the race knowing he had won the race.

Meanwhile out in Lane 7, Namsuwan of Thailand snuck up to take bronze in 10.43. It took some time as Cray and Namsuwan had rant he same time but the judges went to the 1000ths of seconds to give Cray Silver and Namsuwan Bronze.

Jantan who has a PB of 10.18 is Asian Junior Champion. Jantan will be looking to do the double in the 200m having recently improved his 200M PB back in July to 20.90 at the Malaysian Open. He will be challenged by Filipino Sprinter Trenten Beram who was fifth at the Asian Championships in 20.96. 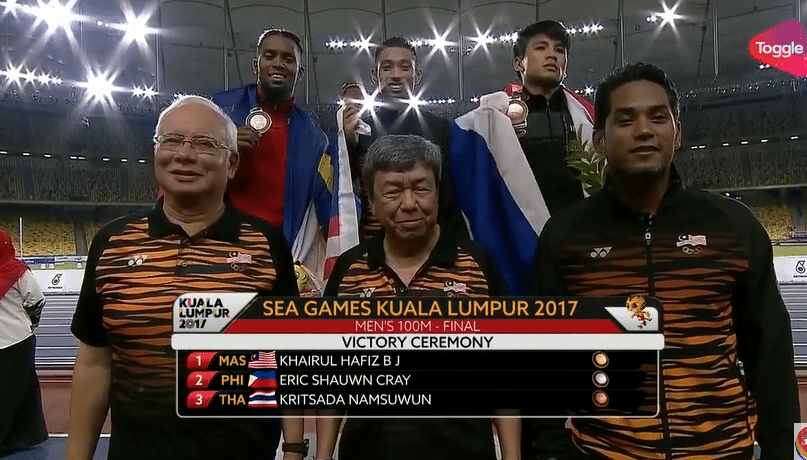 *Pinoyathletics appreciates how SEA Games Commentator is using our content. We are very flattered and think he is doing a very good job. We would be delighted if Pinoyathletics can be mentioned once during the games. :)

Two athletes who did not compete in the 2015 SEA Games continued to make names for themselves on the South East Asian sprint scene.

Setting up a very interesting race at the 2017 SEA Games in Kuala Lumpur in August. Jantan was well clear halfway through the race and only gave a little bit back by easing down the last 30 meters. He also ran 10.36 (1.2) in the heats.

Jantan hols a PB of 10.18 and is the Malaysian Junior and Senior Record Holder. His marks in the heats and finals improve on his season-best of 10.39 (-0.2) at Sasolburg in South Africa. 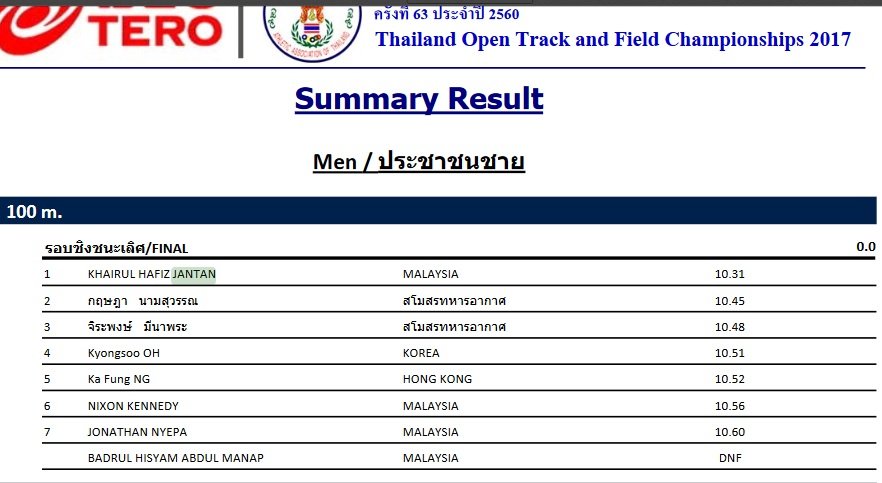