TEMPO.CO, Jakarta – The Indonesian Rowing Association (PODSI) set a target to bag nine gold medals or 50 percent of total medals for all matches of rowing, canoe, kayak, and dragon boat sports in the 2019 SEA Games which is slated to be held in the Philippines in November-December.

“We aim for nine golds from 18 matches in the 30th SEA Games. We are optimistic to achieve the target because, in the 2018 Asian Games, we won one gold medal, five silvers, and four bronzes,” said PODSI head Basuki Hadimuljono in Jakarta, Wednesday, Feb. 28. 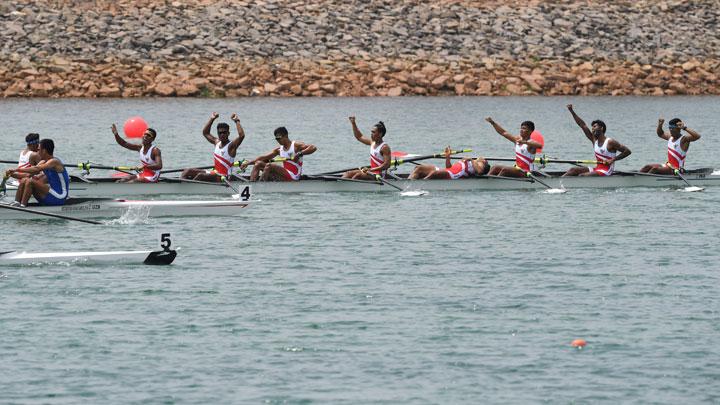 The Philippines improved on there 1 Bronze medal harvest from 2013, upgrading it to two bronzes. Hermie Macarinas took Bronze in the C1-1000M Final. Repeating his feat from two years ago in Myanmar but this time finishing behind two different athletes. He timed 4:08.294. Marinas came back with Ojay Fuentes to take Bronze in the C2-1000M Final with a time of 3:58.377.