A Tremendous weekend for Jomar at the Singapore Open.

Which saw several milestones. Jomar went into the competition with a PB of 47.81 from last year’s Weekly Relay Finals in Pasig on November 30.

Jomar is coached by the mustache man himself, Noel George ‘Jojo’ Posadas. And is currently a student-athlete at UP. Took his time down to 47.17 in the heats, already a SEA-leading time in the 400.

He then went even further in the final, getting silver with 46.95, just finishing behind Rikuya Ito of Japan (Ito just ran 46.66 on 23rd March in Australia).

Jomar became the 8th Filipino athlete ever to break 47 seconds, and it now puts him at #8 on the all-time list.

Ahead of him are 6 Former SEA Games 400m Champions.

Does this bode well for the 2019 SEA Games for Jomar and his coach Jojo? Can he hang onto the season lead for South East Asia?

With the SEA Games Champion Trenten Beram having not competed since August of last year at the Asian Games, Jomar is really stepping up for the country right now. 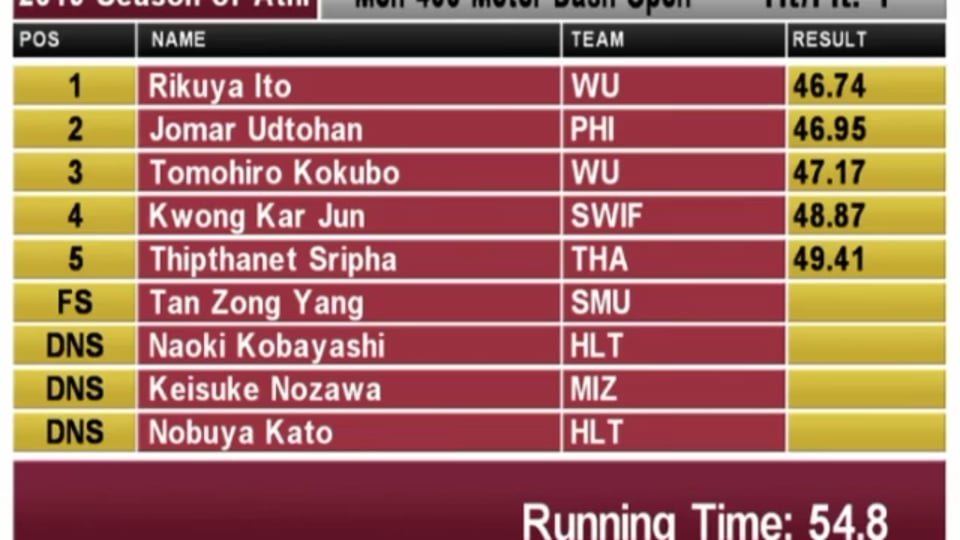 Can everyone guess which 400m athlete Jomar knocked off the all-time top 10 lists? His recent performance bringing him into the top 10. Here is a hint the athlete is still active.

One of the most exceptional finds through the ranks of Junior Men’s Sprints in the Philippines was Jomar Udtohan.

Born August 6, 1996, in Bulacan. Is a graduating student from San Sebastian High School who will be moving to San Sebastian College of the Philippines NCAA.

Hence, Jec Gando of San Sebastian noticed he was quickly recruited and mentored to some good improvements by the veteran NCAA coach. 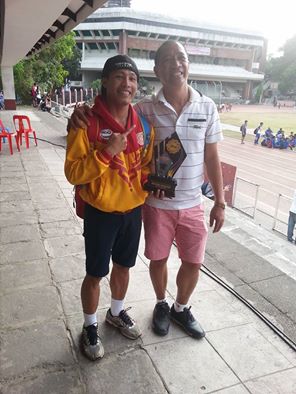 Most noteworthy, Jomar experienced his first international meet, finishing seventh in the Junior Final at the prestigious Thailand Open.

Hence lining up against some of the best Juniors in  Thailand in a time of 11.04.

Furthermore, his time of 22.05 was actually faster than the Philippines NCAA College record (22.15).

However, the Ultimate dish came in Laguna when he broke all three records in his final year at the Palarong Pambansa; he timed 10.8 in the 100m breaking a record shared between Daniel Noval and 3 other previous champions.

Unfortunately, at the PNG, the hard work took its toll, and after qualifying in the 100 Meter heats, he suffered a quadriceps tear in the 100m finals about 15 meters out from the finish and limped home last.

Finally, after intensive therapy, he returned to the Weekly Relay Finals clocking 11.0, very close behind Romnick Nor in the Junior Division.

An incoming alternate for the men’s 4×100 and a member of the training pool. Are idols other members of the relay squad Anfernee Lopena and Daniel Noval, who are a few years older than Udtohan?

Also, Udtohan’s goal is to be a senior national champion one day. He certainly has a good batch of older sprinters to help lead him to that eventual goal one day.

Breaking the mark of Anfernee Lopena set the previous year in 10.73. In the final, he went on defeat Lopena with 10.59 (2.4); this was not allowed as an NCAA record due to the wind reading.

Udtohan broke his best time from the 2014 Palaro getting silver in the 400 in 48.76 behind Reymond Alferos of Mapua; this time also surpassed the previous record of Archand Bagsit 48.82.

His time of 21.94 tied the electronic record of Henry Dagmil for the NCAA.

Jomar missed the PNG in March due to injuries. In the National Open in April, Udtohan was a very credible fourth place in the Final with a new personal best time of 10.65 behind Top Asian Juniors Manap 10.38 & Jantan 10.41 of Malaysia and Fil-Heritage sprinter Brandon Thomas (Phil Airforce) 10.60.

He went on better this time again at the Manila Open with 10.62 (0.8), finishing a close second behind Fil-Heritage sprinter Bryan Mercado (10.59).

Due to injuries. Jomar was not selected in the final lineup for the SEA Games 4×100. He had helped the National team clock 40.29 at the National Open in Ilagan, Isabella, in March breaking the National Record.

Jomar transferred from San Sebastian College to the University of the Philippines to train with Noel George Posadas. 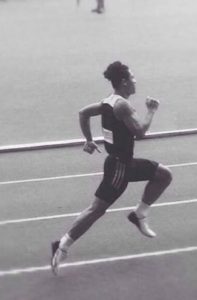 Udtohan continued his winning streak at the Weekly Relays in 2017.

The weekly relays had begun back in June, after 2 months off due to the venue’s renovation resumed 5 weeks ago.

We want to note that PATAFA has not supplied results for 5 continuous weeks. So official results are not available as of yet.

The last weekly relays before the Final which is scheduled for December 8 and 9.

Jomar was not lined up in the 4×100 at the 2017 SEA Games as a hamstring injury had sidelined his readiness to compete.

He will not be eligible for the next UAAP as he must undergo 1 year of residency transferring from a UAAP school.

“I haven’t done any training the last 2 weeks as I decided to focus on my studies buddy. I didn’t expect to run this fast so early said the 20 year old.”

The time moves Jomar into #8 on the Philippines All-Time List for the 200m Dash.