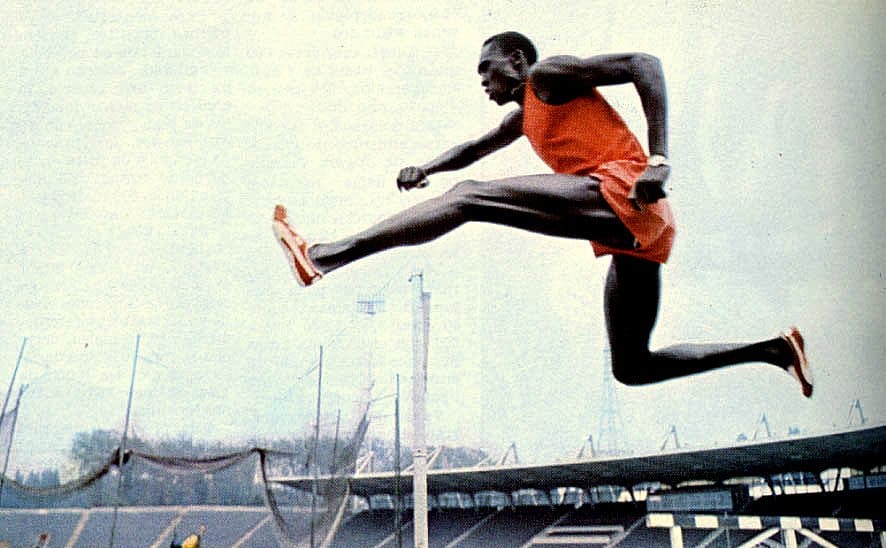 After 40 Years Uganda gained its second gold medal in the 2012 London Olympic Games. Below is the story of the men who earned gold for their country.

I saw this link to this brilliant Documentary from a friend who shared it. It tells the tragic story of an Olympic icon John Akii-Bua the first man to break 48 seconds in the 400 Hurdles and Uganda’s first Olympic gold medalist (only recently did Uganda gain its second gold this Olympics in the Men’s Marathon). He was also the first African to win anything under 800m.

John Akii-Bua courage inspired future stars such as Edwin Moses (1976-1984) Olympic Champion. Without giving away too much of the video I will give some background John Akii-Bua was from Uganda, we look back at the late 60s and early 70s when he partnered with a young upcoming English coach named Malcolm Arnold.

Towards the end of his career, Uganda was taken over by Genocidal (mass killings) crazed Dictator Idi Amin. John Akii-Bua died in 1993 the circumstances are still not known.

Malcolm Arnold is still active in British Athletics coaching and went on to train Colin Jackson, Craig Pickering, and Dai Greene among others, but to date, his first student is still his greatest.