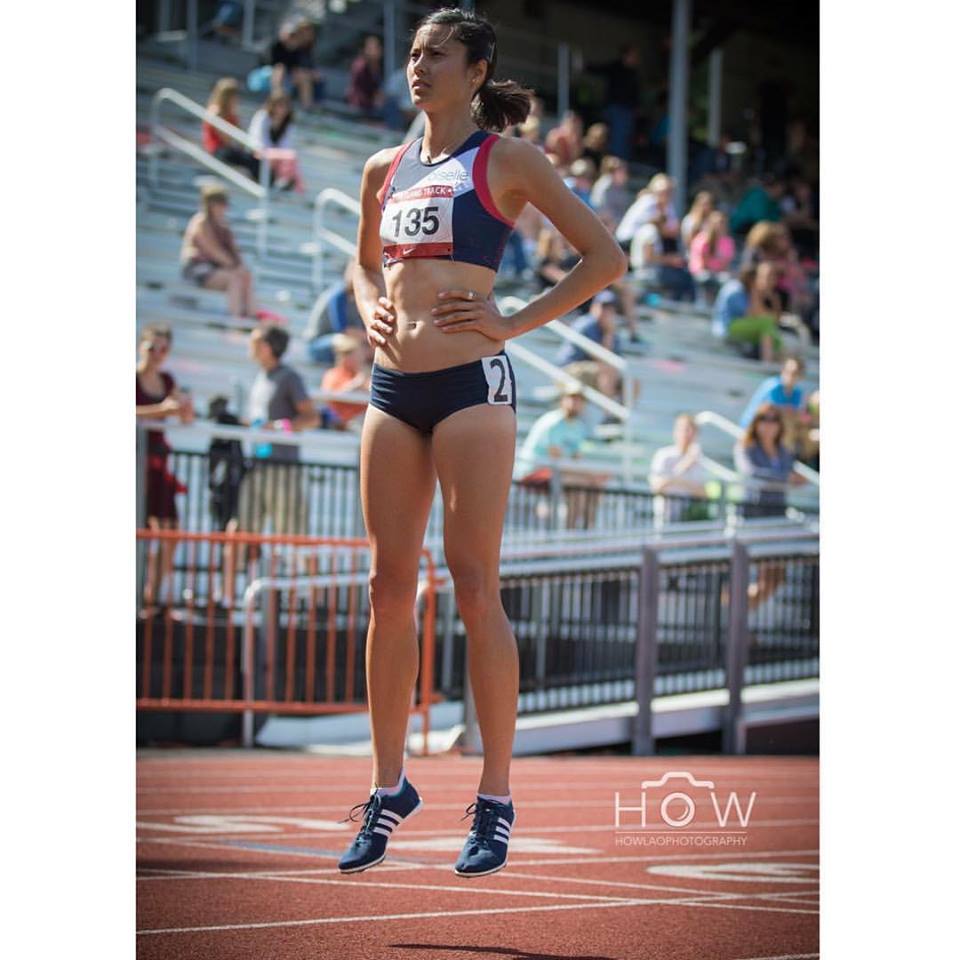 Added to the Philippines Legends of Track and Field Jessica Barnard

Running “wacky” with the Philippines National Team and Jessica Barnard.

In early January, the Janji team was led to Baguio by adventure buddy Jessica Barnard — a former Steeplechaser for the Philippines National Team — to meet up with a few of her past teammates for a fun track session.

When I think back on it, I can still hear the nervous laughter and giddy enthusiasm of Mark Anthony being teased by his running mates as they changed into their Janji kits and started loosening up pre-sesh.

These antics seemed like a familiar ritual amongst the close cadre of national team hopefuls. Mark would have the last laugh, though, as he whipped past the others on the final 100m sprints of the track workout — that kid is a rocket.

Jessica Barnard has formally retired from the Sport of Athletics. The 27-year-old Confirmation via email and through a Facebook announcement on June 9.

Pinoyathletics.info thanks Jessica Barnard for her ongoing years of sacrifice to represent the country and wishes her all the best luck in her future.

What a privilege. A journey. What incredible moments + relationships this sport has given me. I’ve recently made the decision to retire from track and field.

While it took some time to come to that decision, I walk away from it feeling lighter… and happy. I look forward to finding the joy in running all over again. And joy in new things.

Oiselle + Team LittleWing – I’ll never have the words. Thank you for believing in me always.

Barnard had been sidelined the whole of 2017 with Achilles issues.

This had been a hard decision for Jess, who was looking like a top contender to finally take the SEA Games title in the Women’s 3000m Steeple Chase in Kuala Lumpur; Jess has decided to focus full time on her job at Oiselle.

Back in 2013, when I was working for the Philippines Sports Commission.

We had reserved 3 expansion slots in the SEA Games lineup for Fil-Foreign athletes. 1 Spot obviously and easily went to Eric Cray, another athlete I had assisted.

Pole Vaulter Caleb Monticalvo was unable to get his Filipino Passport; no matter what it means, we are exhausted.

Tyler Ruiz was invited to the Philippines and secured a Filipino Passport with the PSC’s assistance; however, it was a lengthy process and took a few months.

Tyler and the other athletes training with American strength and conditioning coach and PSC Consultant Coach Ryan Flaherty were sprinter Bryan Jay Mercado.

However, due to Passport issues and school commitments.

Mercado was also not able to join, leaving one spot clear.

PSC Management instructed me to find a suitable replacement for Mercado quickly.

And that is how ‘Everybody’s Little Sister’ Jessica Barnard was brought in.

Well, under the then National record of 11.10 of Jessa Mangsat of Baguio.

With that in mind, I contacted Ms. Barnard, and we started the process of preparing a passport and getting her papers ready for the SEA Games.

Fortunately, Jessica was easy to get a passport as she was born in the Philippines.

This was the first time she had to compete overseas, but she quickly made friends with some of the team’s female athletes.

In Myanmar SEA Games, Jess ran 11:04, a new national record, and took bronze in the steeples

the first-ever medal in this event for the Philippines.

Running a disappointing 11m21, Jess was injured for nearly all of 2014 but attended the National Open in Laguna in 2015.

At that point, I had opted not to endorse her selection for SEA Games.

Believing she could challenge herself and run faster and show I wasn’t giving an athlete, I assisted with the PSC preferential treatment.

Jess responded to his challenge with two new national records, first 10.49 and then 10.41. I then issued a successful appeal letter to PATAFA President Philip Juico, who very reasonably reinstated Jess.

At the 2015 SEA Games, Jess, with a burst of speed over 600m, finished again with a well-fought bronze and a new national record of 10:36 in Singapore.

Things were looking good for 2017 with a new training arrangement in Oregon, but unfortunately, ankle issues sidelined plans.

I am writing regarding the consideration of the following athletes in the SEA Games lineup.

Firstly I would like to state that 34 slots have ended up not being enough slots for Athletics.

It was very generous of the task force to increase our participation from 24 to 34 slots in the 2013 SEA Games.

Athletics is a high medal sport in which the POC/PSC will be relying heavily on its total medal count.

This makes sense because 46 events in total in men’s and women’s gold, silver, and bronze medals are up for grabs.

We both know that Athletics will deliver somewhere from 8-12 Gold Medals in total in 2015.

As I know you and I will be around for a while, we should also look at our campaign for 2017.

Athletes who are allowed to salvage silver and bronze medals in 2015 will be potential gold mines for Philippine Track and Field’s future.

Looking at this team’s outline, you have 25 athletes who have hit the bronze mark of 2013 and are lined up for the SEA Games.

And nine athletes who were close and hadn’t quite hit the bronze mark of 2013.

There are, however, two athletes who have hit the SEA Games standard this weekend who

I am hoping for your kind consideration and aid on this matter, if possible, with data at your disposal in the best way to defend these athletes’ late inclusion in the 2015 SEA Games.

I want to outline and reiterate that we have a solid chance in the women’s 4x100m relay as four of our runners are now running under 12 seconds.

It’s been a very successful year for women’s sprints.

With a 5th runner below 12 seconds but unavailable for SEA Games.

However, her weekend performance of 11.83,

I had anticipated she would run 11.80 before the SEA Games, which is why I had endorsed her inclusion as a new personal best from her previous mark of 11.93, showing considerable improvement.

The 11.83 is under the SEA Games Silver medal mark of 11.85 in 2013, but as there are two athletes ahead of her, she can’t run the individual as two per event hence has aren’t a relay spot.

They are also prepared to come here before the SEA Games to acclimatize and practice passing changes.

As Mr. Jeffrey Richardson will be accompanying his daughters to the SEA Games and ¾ of the relay team is training with him, he would be looking after the team.

Our SEA Rivals, which I was studying thoroughly, can be provided to you regarding further data.

Despite not having a good performance at the national open. Jess Barnard had a significant improvement last weekend, clocking 10:41.93.

Under pressure, Jessica performed much better than she has at the National Open and the last SEA Games to win the bronze.

I can now safely say with that recent performance, she is within range of a medal chance at the SEA Games. Jessica is ranked 4th in SEA during the qualifying period.

However, a recent improvement in such a short period shows she can perform well when she needs to. She is now closing in on her all-time personal best. 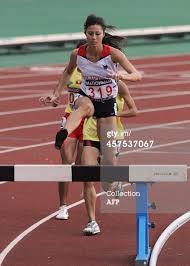 Jessica Lynn Barnard just missed out on the SEA Games Bronze standard of 17:37.57 with an opening run of 17:47.48 at the Oxy, Invitational meet.

Barnard will participate at the Philippine National Open in Laguna on March 19-22 in the 3000m Steeples.

Barnard is the SEA Games bronze medalist and the only Filipina to win a medal at SEA Games in the 3000m, Steeple Chase.

Barnard has not run the Steeple Chase since December 2013, and this performance will serve as part of the evaluation for the SEA Games.

Jessica Barnard clocked 2:10.34 to win the 800m at the Ben Brown Invitational.

Jessica Barnard is the only Filipina in the SEA Games’ history to win a medal in the steeplechase.

Assisted by Pirie Enzo, who kept in contact regarding her passport and processing issues via her friend Jeff Paneda’s recommendation.

Jessica Barnard, who wants to focus more on the 800 and 1500, must bring her time down to 2:08 to hit the SEA Games bronze standard.

The Philippine Record is 2:07.01. Another Fil-Heritage 800m Sarah Vitug won the 2013 Philippine National Games, but she is still yet to acquire a Filipino passport.

She ventured outside her primary event this weekend to run the 800-meter dash.