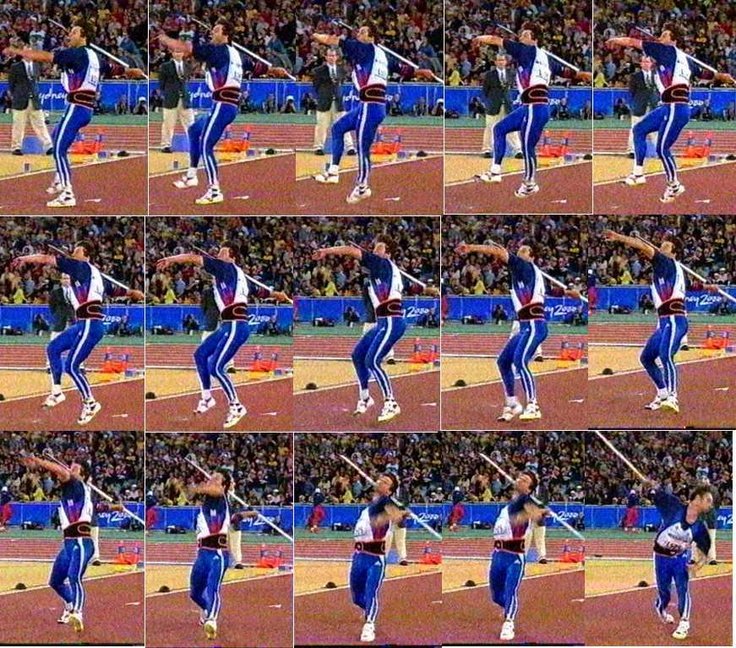 What equipment is needed for javelin throwing?

Javelin (obviously) and pair of athletic shoes with spikes in the heels as well as the toes (crucial to being able to “block” with one leg allowing the body, arm, and implement to whip forward like a trebuchet.

There are other minor things, but these are the crucial pieces of equipment.

Yes, a javelin thrown properly is dangerous, even quite deadly! You need to understand that many, if not most of the original Olympic throwing events were actually ancient military weapons.

Examples are; the javelin (a variation of the spear), the discus (an edged disc that could remove limbs or even ahead), the shotput( a heavy ball ( thrown towards a group of enemy soldiers so that it might crush someone’s head). So yes, the javelin is very dangerous if it is thrown towards an animal or human.

Why is speed important in javelin throw?

Speed is a rather important part of the momentum. In throwing the javelin, or as we like to call it in the movies, the spear, it is considered beneficial to run and build up momentum so that it, together with the strength of the arm and the upper body, is transferred to the spear when we stop and release it.

Then, the momentum is changed to force to overcome gravity and air resistance and achieve increased distance. I forget the formula; it’s in your text.

What are some easy javelin throwing techniques that inexperienced players can learn?

Not the answer you want, but throwing javelin is not easy. It is technically challenging to learn, especially for those from other throwing sports, such as baseball, where the biomechanics are different.

That said, there are key, basic techniques that will make future javelin throwing easier. First, “throwing through the tip” means applying the throwing force cleanly along the longitudinal axis of the javelin. Forces applied even a slight tangent will dramatically detract from the throw. 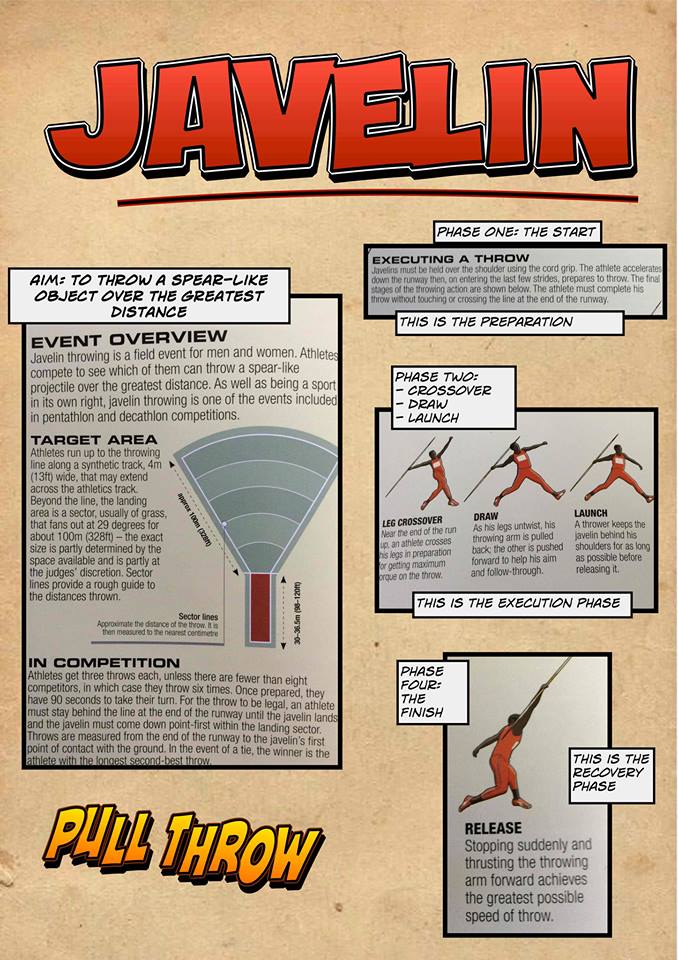 The javelin is notoriously finicky about its flight. The second main one is to learn to pull (not throw) the javelin over your center of mass (body), which is fundamental to applying the accelerating inertia from the approach into the spear. Work on those will lead to better future throwing. 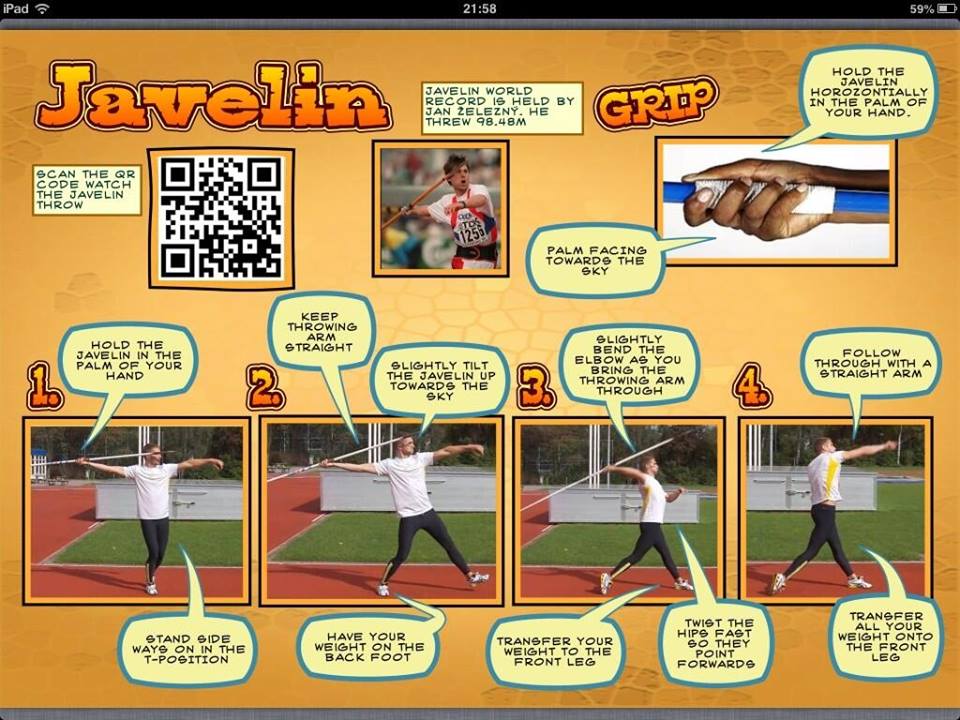 How do I throw farther in javelin?

Firstly, if you are a professional athlete and if you are throwing javelin up to 50m. Then you have to do a perfect training in which you have to focus on 5 major things in my point of view

Now how to start training for increasing javelin.

So simply, I aim to achieve 60m in crossing steps because if I achieve the target of 60m in 1 month, then I will be able to throw 65m javelin in the full runway, and also my technique will be strong and have good base will be developed.

Now, if you have done that 60m task, then you have to focus on the half runway that should be 15m only now you have to generate power from that half runway. With the help of half runway, you will be able to throw 2–3m more likewise 63m now.

Now, if you are throwing 63 m from the half runway, you will also throw 65m throw in the full runway. 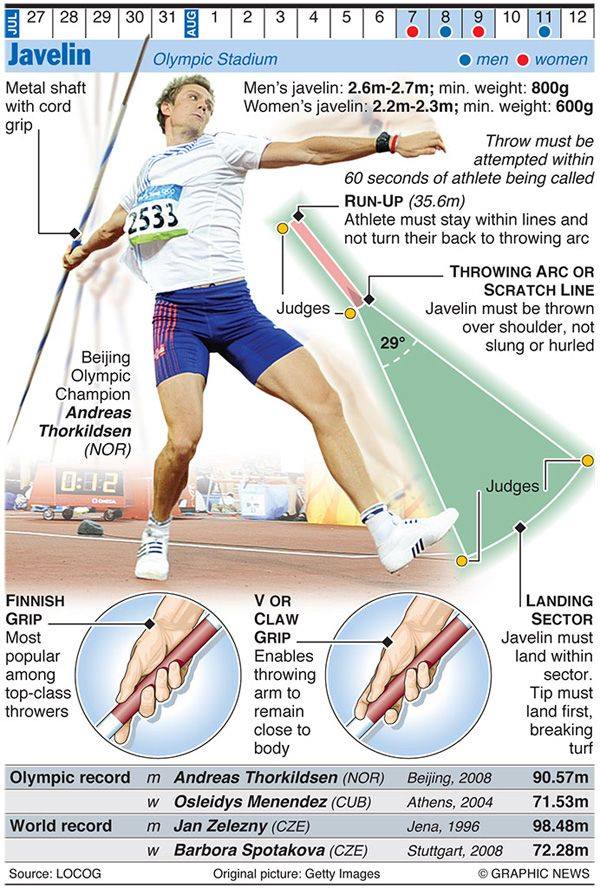 From my perspective, 60 to 65m javelin by half runway or full runway is quite easy because you are generating speed in it.

But in crossing steps, you are not getting that much speed then full runway you are having only crossing steps and attack throw, so, on my behalf, that 60 m marks are a little bit hard than 60 to 65m throw, so at my point of view you should have to work hard on that fucking 60m marks rather than 65m marks then only you will be able to reach that 65 m mark.

Last but not least, I will say that focus on grip, the release of javelin, crossing steps coordination, speed, and flexibility.

Could a human throw a javelin 100 meters?

Yes. Uwe Hohn (East Germany) threw the javelin at 104.80 m. After that, the physique of the javelin was altered so that such extreme throws would no more be likely. The center of gravity has been moved forward. Trajectories longer than 95 m are dangerous – they can land on the running track or at the long jump pitch.

But that is not the longest trajectory ever. In 1956 the Spaniards found a loophole in the rules, and they developed the barra Vasca style based on an old Navarrese javelin throwing technique. In barra Vasca, the javelin is ejected like a discus by the thrower spinning a couple of revolutions around. The longest trajectory with this style was 112 m (Miguel de la Quadra-Salcedo in 1956).

Needless to say, barra Vasca was prohibited almost immediately. It was incredibly dangerous to referees and spectators – only some 10% of the throws actually landed in the sector. Moreover, catching a baseball or ice hockey puck flown in the grandstand is fun, but not so much a javelin or a hammer. All records made with this style were disqualified and blotted.

We do not know how long would it be possible to throw the javelin with barra Vasca today, as the style is still prohibited today because of its dangerousness. The longest trajectory in Finland has been made with barra Vasca (Pentti Saarikoski in 1956, 99.25 m). Tapio Rautavaara, who won the London 1948 Olympics javelin with 69.52 m, threw 84.80 m on barra Vasca in 1956.