Well below the 54.6, he had clocked in the Palaro to establish a new national high school record.

Grafilo was selected to join the Gintong Alay Program in 1979 and worked with Australian coach Tony Benson to make dramatic improvements. He was also a student at FEU.

Which stood until Ralph Soguilon broke it in 2002 at the UAAP.

The Highlight and famous part of Grafilo’s career was his surprise win over the highly favored Renato Unso in the 1981 SEA Games in Manila.

It was expected that Grafilo, having run a PB, may not even figure in the medals.

Consequently, he drew the challenging lane 8 in the finals.

In what can only be seen as one of the great shocks in SEA Games History, Grafilo took nearly two seconds off his PB to run 52.19.

Until this very day still stands as the Philippine Junior Record some 35 years later.

Unso faded to fourth with 53.46; he would get his turn two years later. 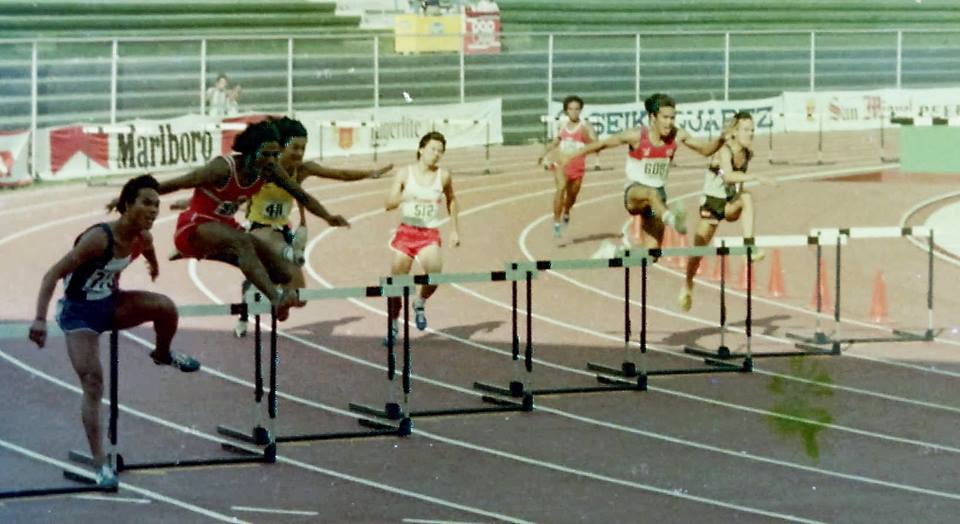 Jaime Grafilo is one of the rare hurdlers who leads with his left.

This makes it challenging when he is on the inner lane.

In the race of his life. Grafilo was on the outside lane in the 400m hurdles final in the 1981 SEA Games.

Jose Ravello, then technical director, muttered to me: “Did you see that?” Grafilo held in a gold medal in disbelief in the Gintong Alay coaster to the UL quarters. From Ignacio Dee.

In the interim between SEA Games, Grafilo made it to the Final of the Asian Games, a feat that a Filipino male Hurder would not repeat until 2014 by Eric Shauwn Cray.

In the 1983 Singapore SEA Games, Grafilo could not defend his title and took silver behind Unso.

Unso set the Philippine Record in 51.26; Grafilo clocked what ended up as his career-best of 51.87.

With the surprise retirement of Renato Unso at the young age of 25.

As expected Grafilo was left relatively unchallenged in his pet 400 Hurdles event.

And two years later, in the 1985 Singapore SEA Games, Grafilo faded to a miserable sixth place in 56.01.

And if it was any consolation, the event was won by yet another Filipino sprinter Leopoldo Arnillo.

After this, Grafilo also retired from the sport.

He can be contacted on pinoyath[email protected]