Is Coffee Good for you

Is Coffee Good for you or not?

Not only has coffee grown to be the most popular drink in the Philippines, but studies show that 8 out of every 10 people drink about two cups of it daily. Coffee Good for you

The reason behind this increase in popularity is no secret: aside from the energy boost that most people receive from their daily cups, there are also proven health benefits of coffee to drink.

Antioxidants contained in coffee reduce inflammation. The drink can also prevent diabetes and certain types of cancer. Another potential benefit of coffee drinking is the effect it may have on athletic performance.

In the world today, coffee is a hot topic. Many enthusiasts will debate all things until the sun goes down, whether it be the bean source, the blend, or the pros and cons of fair trade coffee.

Some even debate the different flavors of the bean. And although the taste of a cup of joe is what draws in some of its drinkers. 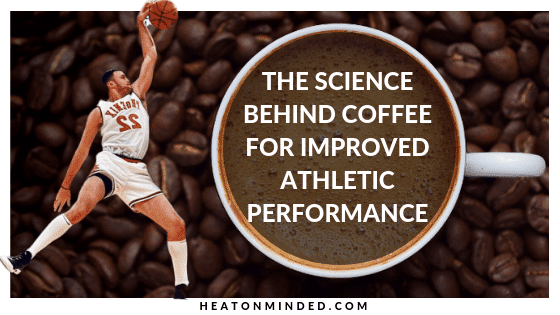 Many people have a cup to boost their energy levels, whether it be for athletic performance or to get through their daily tasks. 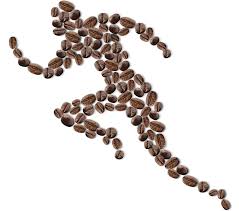 It does so by stimulating the brain and the central nervous system, which leads to a positive impact on athletic performance.

Many studies show how drinking coffee before aerobic exercise has increased performance by up to 30%.

The caffeine content of coffee improves stamina levels and speeds during aerobic exercises such as running and swimming.

They will be able to exert more force with less of an immediate impact on the body.

Not all coffee-drinking athletes are created the same: some drink coffee for their daily energy boost, while others do not.

A group of athletes were split into two groups – coffee drinkers and nondrinkers – to test the effects of caffeine on athletic performance.

Both groups drank a cup of coffee half an hour before exercising.

And the research showed that non-coffee drinkers saw positive results related to their athletic performance. 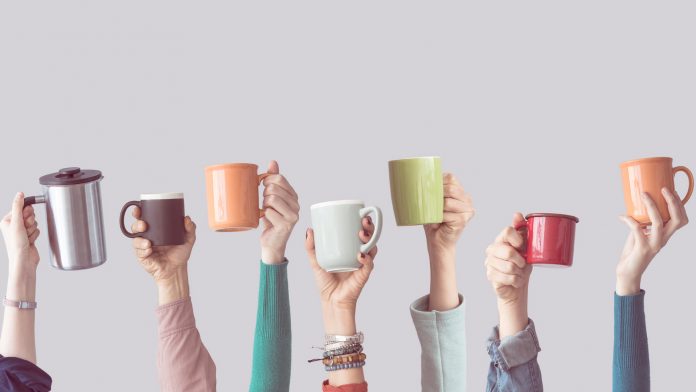 The habitual coffee drinkers saw less of an impact from the caffeine in a single cup of coffee because they had built up a tolerance to its effects.

The athletes who did not usually drink coffee felt the energy boost from the caffeine after just one cup.

For the other group to feel the same energy boost, they would need to consume more caffeine. 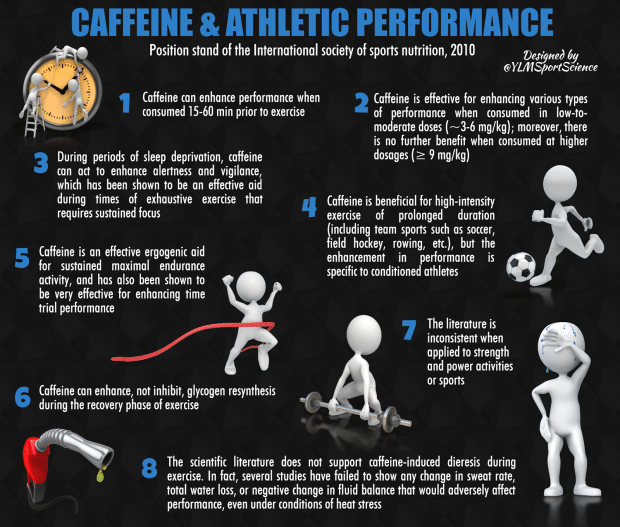 When it comes down to it, drinking coffee will not be detrimental to athletic performance.

What is most important is the amount of coffee an athlete consumes and how regularly they consume it.

These two factors directly relate to the impact of caffeine on athletic performance. 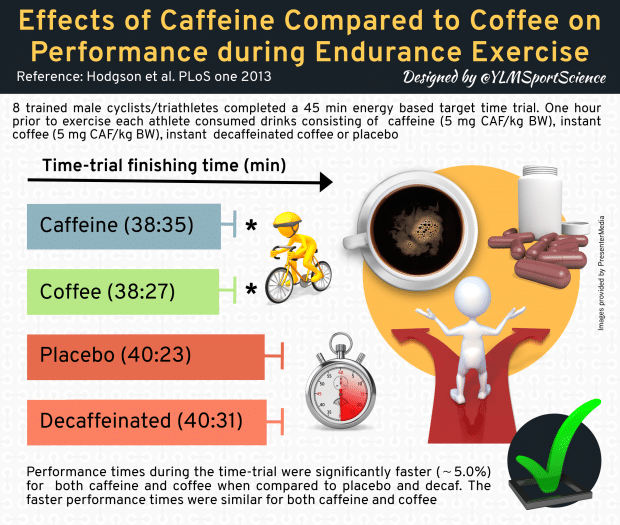 For an athlete who does not regularly consume coffee, a single cup before a competition will give them the extra boost they need to compete at their best.

However, an athlete who regularly consumes coffee may want to avoid the drink for a day or two before a competition and then have it on competition day to reap the full performance benefit of coffee from the caffeine.

Is Coffee Good for you or not?

CNN— Yes, go ahead and grab that cup of joe, or two, or more. Doing so may improve your health and help you live longer, suggests new research.

In a new observational study involving close to 20,00, people who consumed at least four cups of coffee daily had a 64% lower risk of early death compared to those never or rarely consumed coffee.

The risk reduction was more significant once people reached the age of 45. While suggesting that it may be even more beneficial to consume coffee as we get older.

These findings echo the recent results of another large observational study, which found that drinkers appear to live longer, regardless of whether they consume regular or decaf coffee. 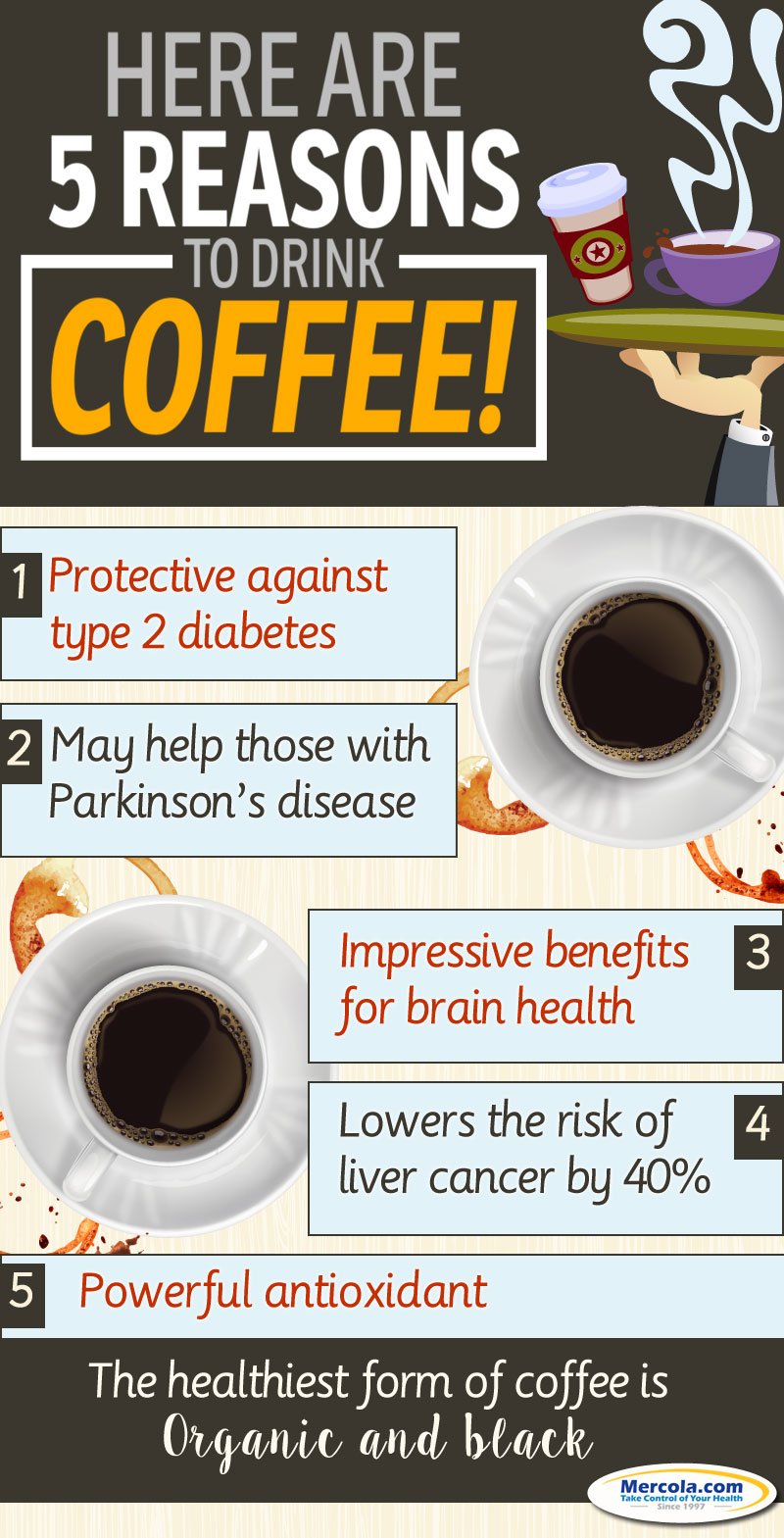 It has also been shown to reduce the risk of many diseases, including type 2 diabetes, liver disease, colorectal cancer, Alzheimer’s, and skin cancer.

“Coffee is loaded with antioxidants,” said Joe DeRupo, a spokesman for the National Coffee Association. “Many are naturally occurring antioxidants found in the coffee bean, while others are created during the roasting process. It’s these compounds that science links with positive effects in reducing the risk of several diseases.”

Some of the compounds commonly found in coffee “have been related to better insulin sensitivity, liver function, and reduced chronic inflammation,” said V. Wendy Setiawan, an associate professor of preventive medicine at the Keck School of Medicine of USC and the lead author of one of the recent studies on coffee consumption and longevity. 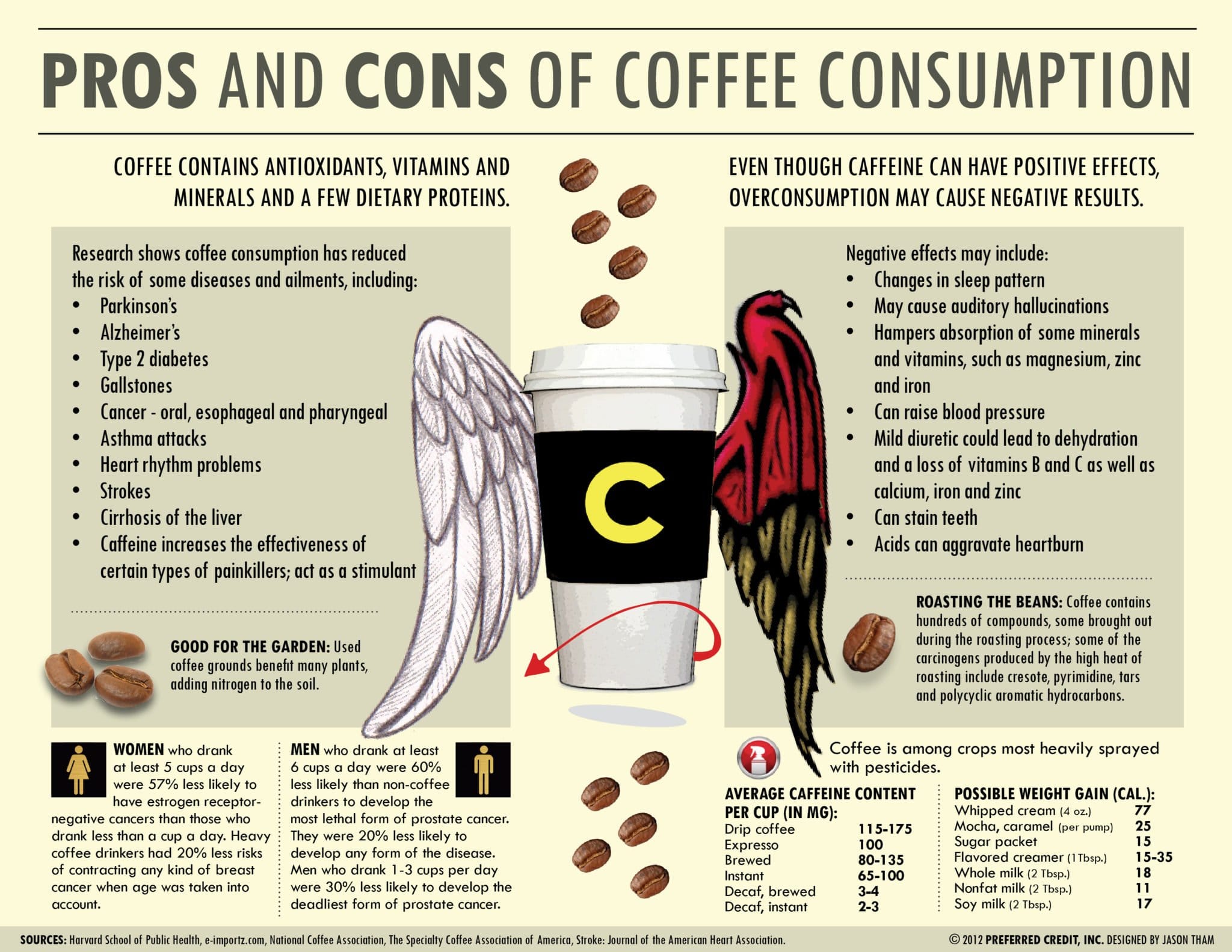 While consumption may appear to be healthful for many, others should proceed with caution. Pregnant women, for example, should cautiously limit their intake of caffeinated coffee.

“Current evidence suggests that consuming moderate amounts of caffeine up to 200 mg per day, the amount in a 12-ounce cup of joe, is not associated with increased risks for miscarriage or preterm birth,” said Dr. Joseph Wax, chair of the American College of Obstetricians and Gynecologists’ Committee on Obstetric Practice. “However, data are contradictory regarding these pregnancy outcomes when women consume more than 200 mg per day of caffeine.” Additionally, “there is insufficient evidence to draw any conclusion regarding the effects of caffeine on fetal growth.”

If you have any heart conditions, you should also limit your coffee and caffeine consumption. “Caffeine is an aggravator and accelerator of one’s heart rate,” said Dr. Vince Bufalino, a spokesman for the American Heart Association and senior vice president and senior medical director of Cardiology-AMG, Advocate Health Care, in Naperville, Illinois. “Those with atrial fibrillation (commonly known as irregular heartbeat) or hypertension should limit their caffeine intake. One to two cups daily is probably fine, but if you are sensitive, you should restrict all caffeine.”

Keep in mind that decaf coffee still contains caffeine. At the same time, an 8-ounce cup of brewed coffee can contain anywhere from 75 to 165 milligrams of caffeine. Decaf coffee contains an average of 2 to 7 milligrams per cup, depending on which study you read.

“Decaf is not ‘no-caf’ — so if you are drinking three cups of decaf per day, then I would restrict that,” Bufalino said of people with heart conditions.

said Connie Weaver, distinguished professor of nutrition science at Purdue University, who recently led a review of the research on calcium and bone health.

Before you take your next sip of coffee, heed these tips:

This story was first published on CNN.com, “Is  healthy?“

Good news for the people who need that morning drink like they need to breathe. It is the best source of antioxidants in the world.

Everyone knows it has caffeine, considered bad in large doses. 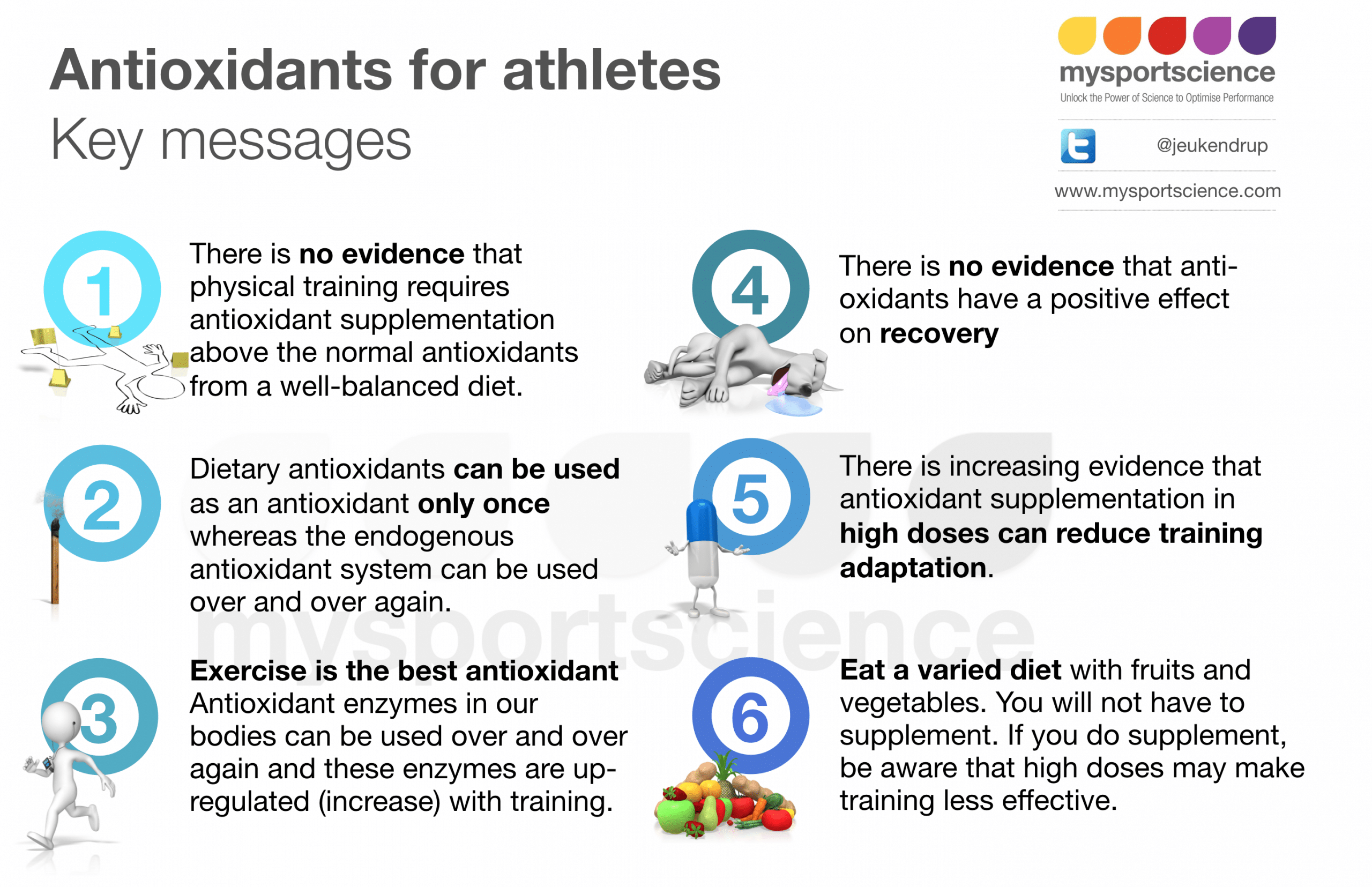 Antioxidants are Not Easily Understood

Researchers have found that coffee provides a significant amount of antioxidants to the drinker, which is good news.

So the bad news is we are still studying how those antioxidants are used and absorbed.

So just because your body receives a lot of antioxidants. 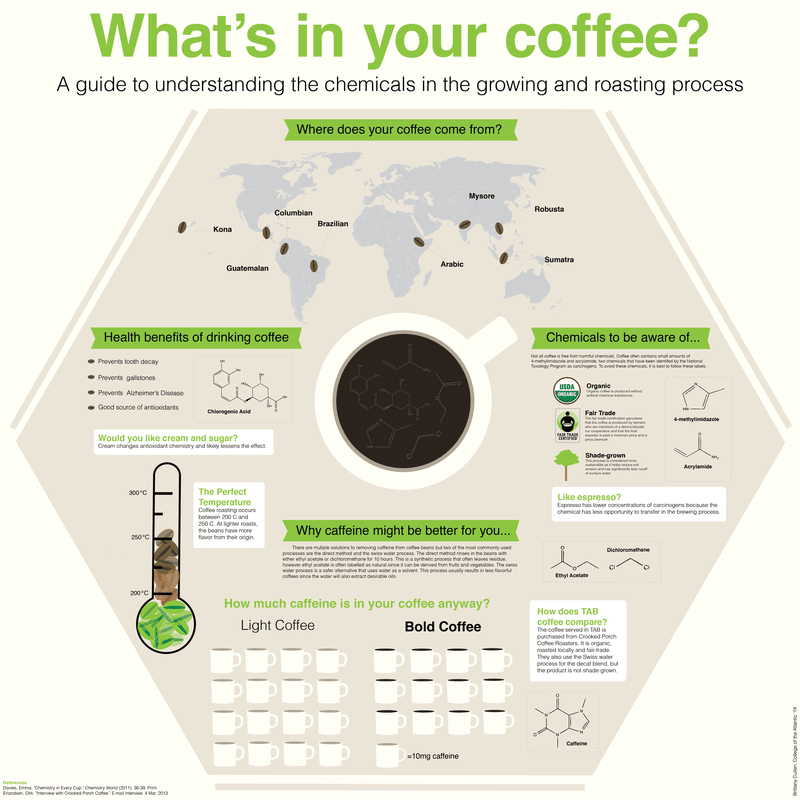 Hence does not mean it uses them to the best of its ability or even can absorb and process them correctly.

Part of the reason that coffee is the biggest provider is that people tend to drink a lot. Therefore, each serving provides many antioxidants, and people get more because they drink a lot of them, compared to daily servings of spinach or kale. 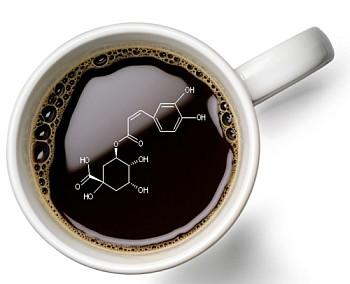 Antioxidants help reduce inflammation and thereby help with the pain of arthritis.

They also help prevent cancer and increase heart health. Therefore, any additional provider of antioxidants is a benefit of coffee. The fact that you need your coffee to wake up is an inconsequential detail.

Other Health benefits of coffee

Despite previous assumptions that coffee is bad because it has a lot of caffeine, researchers have found a lot of evidence to the contrary. It helps prevent diabetes, for example.

It also helps fight two types of cancer, colon cancer, and liver cancer, and helps delay the onset of Parkinson’s Disease, if that is a possibility for you due to your genetics.

It still can give you the jitters when you drink too much. And it can cause stomach pain and can increase your heart rate.  Furthermore, drinking coffee in excess is still not recommended. Instead, focus on eating more fruits and vegetables to get more vitamins and minerals – something it does not provide.

Balance your drinking with proper calories from healthy foods.

And you can still enjoy the fact you get your caffeine boost and your antioxidants from the same source. Use that as an argument against the family that tries to get you to give up your drink.

Sit at the table and smile as you drink your cup of joe in the morning, knowing that you are doing something good for your body while you might be adding something bad.

Life is full of contradictions.

So are you convinced Coffee is good for you or not? Post in the comments below what you think, and share this article.